Hello all! I've been a bit laid up, with the flu and so haven't really been out nor eating much. Can't say that's a shame, since I've hit a dry spell of restaurants in Singapore and I've put on more weight than I care to remember! Maybe I should start the kilo-in-kilo-out blog for the dual function of gastronomic exercise *pun intended*.

One of the last places that we went to when Colin was in town was Pietra Santa at Portsdown Road, with some family friends. This place is quite out of the way, it's a long wild walk out to find a bus stop, though it is theoretically near enough, once on the main road, to the MRT. Wessex Estate has an old world colonial charm and the restaurant is in the converted ex-Judo Federation Clubhouse. Apologies for the poor photos, the lighting was not suited. 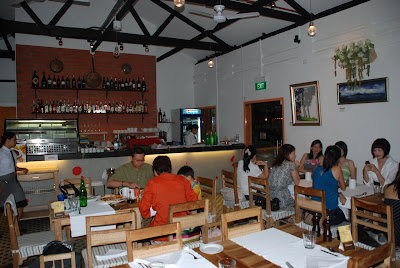 The thing that I read most commonly about Pietra Santa, is that it is nothing exceptional. I guess by this it means that there are a dearth of decent Italian restaurants dotted around the city, all of which grill a fair steak, make a creamy tiramisu and serve some form of passable minestrone and pizza. That would probably be a fair comment.

It's probably also fair to say though, that Pietra Santa doesn't really advertise itself on high cuisine, more as a back-home-place that is both chill and familiar. What I like about this place is it's far-flung location and its hands-on owner chefs. I think that's important in a restaurant and this one clearly has a good buzz, for it was very full when I went. It was almost too full, to the point of being crowded and noisy. 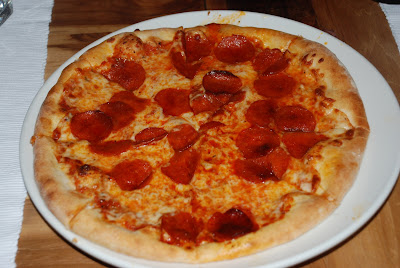 What I don't like about the place is that the prices are not particularly cheap, the food is not particularly good and the staff is quite bad, which I shouldn't really blame on the owners, it's very hard to get good staff nowadays, though I think their distracted and unsynchronised work is symptomatic of bad discipline or training. That being said, the first time we were here, one of the servers snapped at us, in response to a request for more cutlery, "We're washing them as fast as we can!". This second time, it was a lot better, although the service staff seem ill-trained, for they look at the ground instead of customers and don't seem to have a set pattern for taking orders in the room, different staff wander from table to table and yet often, they palm off tables to each other when called. 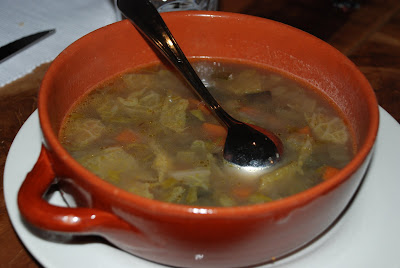 Your food experience will really depend on what you order. The pizzas, both the porshiutto and rucola one and the quattro stagioni, were very good, with enough bite and yet flavour. The cold cuts, the bread and the starters are really quite ordinary. I had the minestrone soup, which was fairly watery and full of cabbage. Although I had heard their pasta dishes described as competent, there was a less than enthusiastic response on our table to the ravioli and spaghetti. I have though, been told that the pasta with crab meat sauce is good. 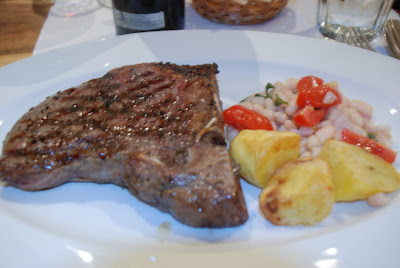 As for the meat, I though the Bistecca Florentina was very well done, soft yet moist but Colin called his Osso Bucco a waste of time. It looked rather like it'd been drowned in too much sauce, which usually covers up a dish that hasn't been cooked well or with quality ingredients. What I have read off reviews is that the Lamb Shank was good- I have to say though, at prices which they charge, I would be expecting Oso-type cooking but maybe that's asking too much in these inflationary days! 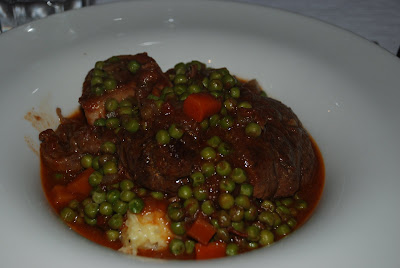 The rich chocolate tart looks the stuff of legends and I had a tiramisu because I was craving one but it turned out very alchoholic and rather wet. When we were leaving, we saw a lemon meringue pie go by and that looked excellent so I look forward to more desserts, the next time I am here. 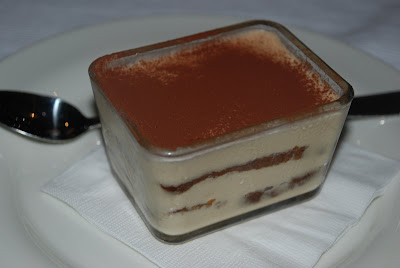 Pietra Santa doesn't need advertisement, it seems to be booming with the business of the elite, or those who want to feel special because they are dining-out-of-the-way. If you are in the neighbourhood of the beautiful Wessex Estate, just down the road from Cicada, you should take a wander through this charming spot for some dinner and finish the night at the reservations-only Klee bar behind the restaurant.