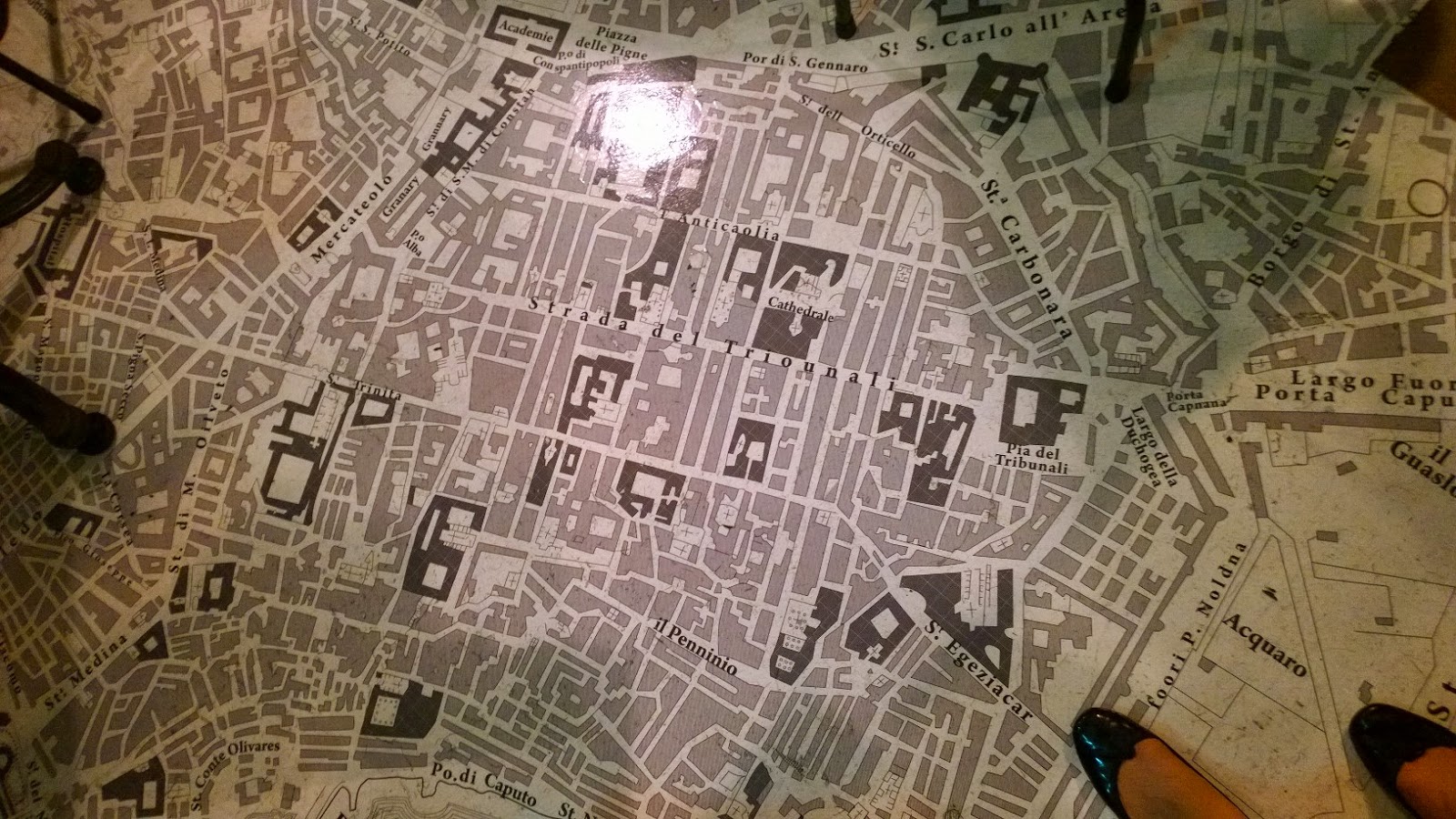 The blogspace has been lighting up of late with posts about Cicheti, an Italian restaurant located in a shophouse in Kandahar Street. The restaurant is very new- which in Singapore means 3 reviews as opposed to 90 on HungryGoWhere, with a paid-for-by-the-restaurant photo gallery and booking hotline. I jest.

Does it seem to you that Singapore is just filled with Italian restaurants? Many of whom do well enough to bring their entire families over? And yet, very few of them stand out as having food that is hot to the table, home-made, consistent and not overpriced?

If that's your impression too, then we are in sync. I am hard-pressed to name my favourite Italian place in Singapore, this for a cuisine that seems to be one of Singapore's favourites. People are always asking me, so what is the best Italian restaurant in Singapore? And honestly, I can't name a favourite. I can name some good ones, should you be willing to pay and I can name you some that I pop into once in awhile if I have a craving for pasta, but something that tastes like Tuscan sunshine or a rustic Italian kitchen? Maybe it's like saying you can buy a Vespa but you can't have the riding-a-Vespa-with-your-scarf-trailing-down-cobblestone-Florence lifestyle. 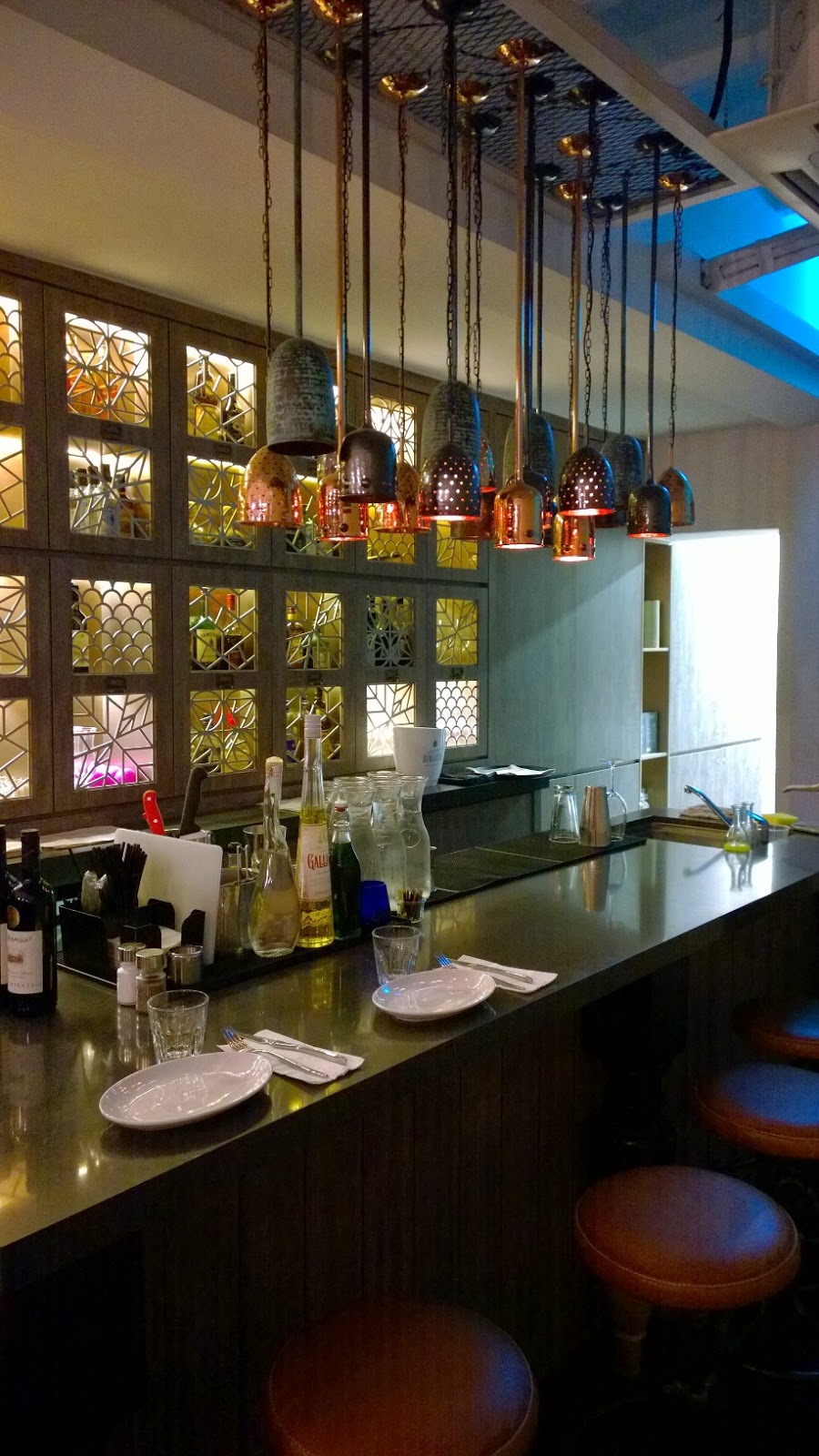 I think with Cicheti though, I've found one that I will go back to and bring friends to for a good meal and a long conversation and that's saying something. Sited near the corner of Kandahar and Baghdad Street, the whole area echoes gently at night of the kind of character and energy that you find in only a few places in Singapore. I'm a little partial to this area as you can tell, but how can you not be, when you are up the road from the best Nasi Padang and sarabat Teh Tarik in Kampong Glam, from little industrial hole-in-the-walls serving everything from old-school Singaporean pastries to Vietnamese noodles and tripping over teenagers smoking shisa on the five-foot way, in the shadow of the giant Golden mosque.

The shophouse itself is nothing special and neither is the restaurant's decor, if you didn't know this is where it was, you would walk past completely. I like Baghdad Street because it's a fairly quiet street, fronting a chain-link fenced empty lot. There is little street parking so you would be well warned to find a multi-storey carpark and walk a couple short streets.

When you enter Cichetti, the first thing you see is the glassed up work space of the pizza chef, which includes the stone pizza oven suspended from the ceiling. The shape of their oven is like a cement Hershey's Kiss, kind of organic and modern at the same time. The restaurant is a mish-mesh of textures from the map-stencilled floor, to the tiled walls, some with faux drawers. The tables are rough-hewn dark wood with industrial metal-backed chairs. The restaurant seats 20 below and up to 30 (but comfortably probably 20) upstairs, it has 3 or 4 little outdoor lover seats (read: non-airconditioned) and a rooftop patio. 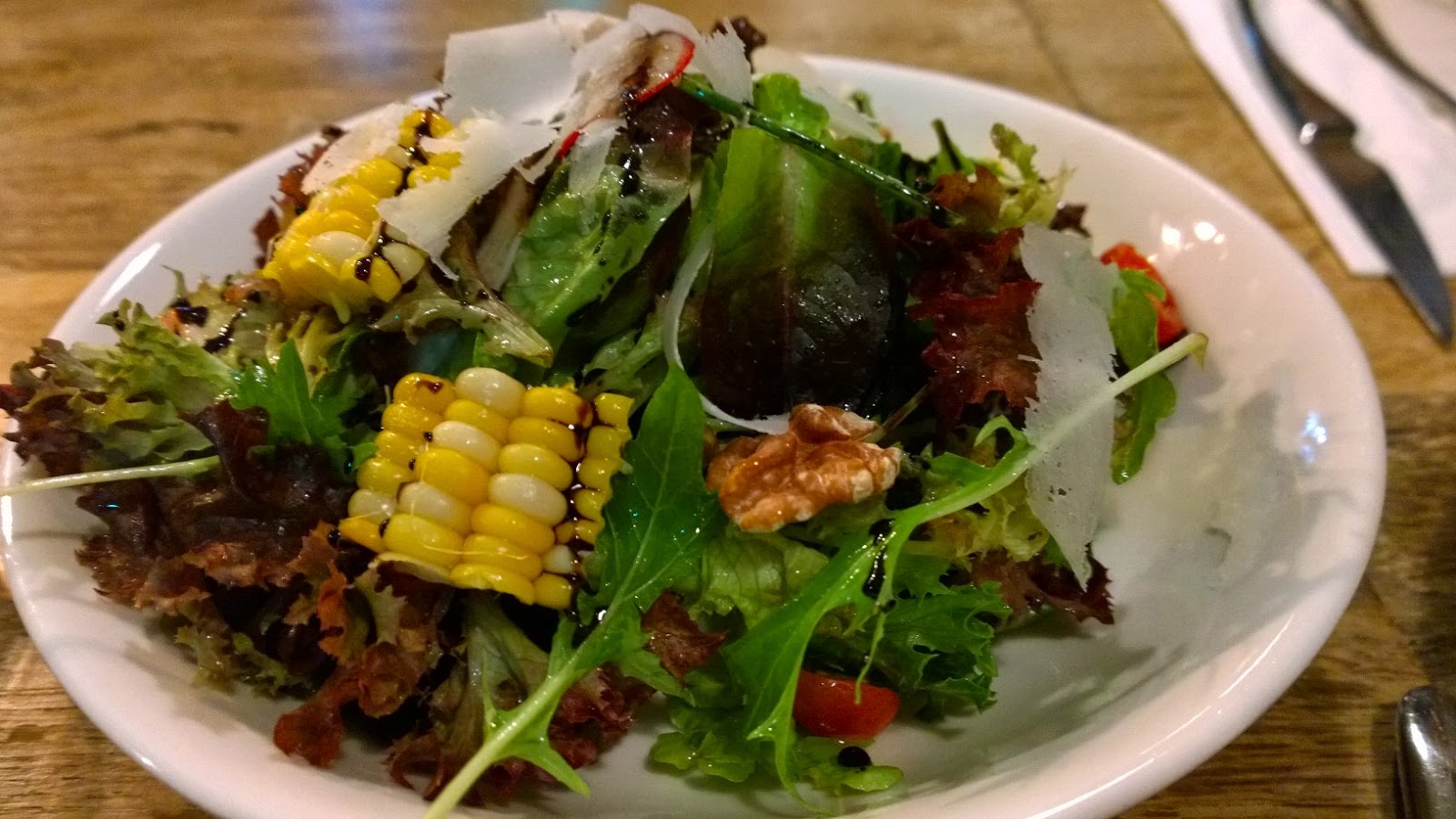 It is an ideal place for a date or a dinner party (upstairs), intimate and casual but stylish. There were, I noticed a lot of groups of young and professional women. It is not the place to bring your 70 year-old father, unless there is a nice table upstairs available. This being a narrow shophouse, it gets a little hot when the bulbs have been burning too long and the door is left open.

The service is unusually sweet and lovely. Never, in Singapore, have I been greeted as we sat, by a waiter who introduced himself cheerfully, nor welcome knowledgably with specials. At least, not at this price point. The waitstaff asked the two young-ish children at the next table how they found the food. I recognized the manager for the restaurant who told us that he had come to join his friend, who was the owner-operator of the restaurant. I guess time will tell but for now, I think this is a place with a lot of heart and where the food still tastes really small batch home-made and with the right balance of time on the stove and fresh herbs. 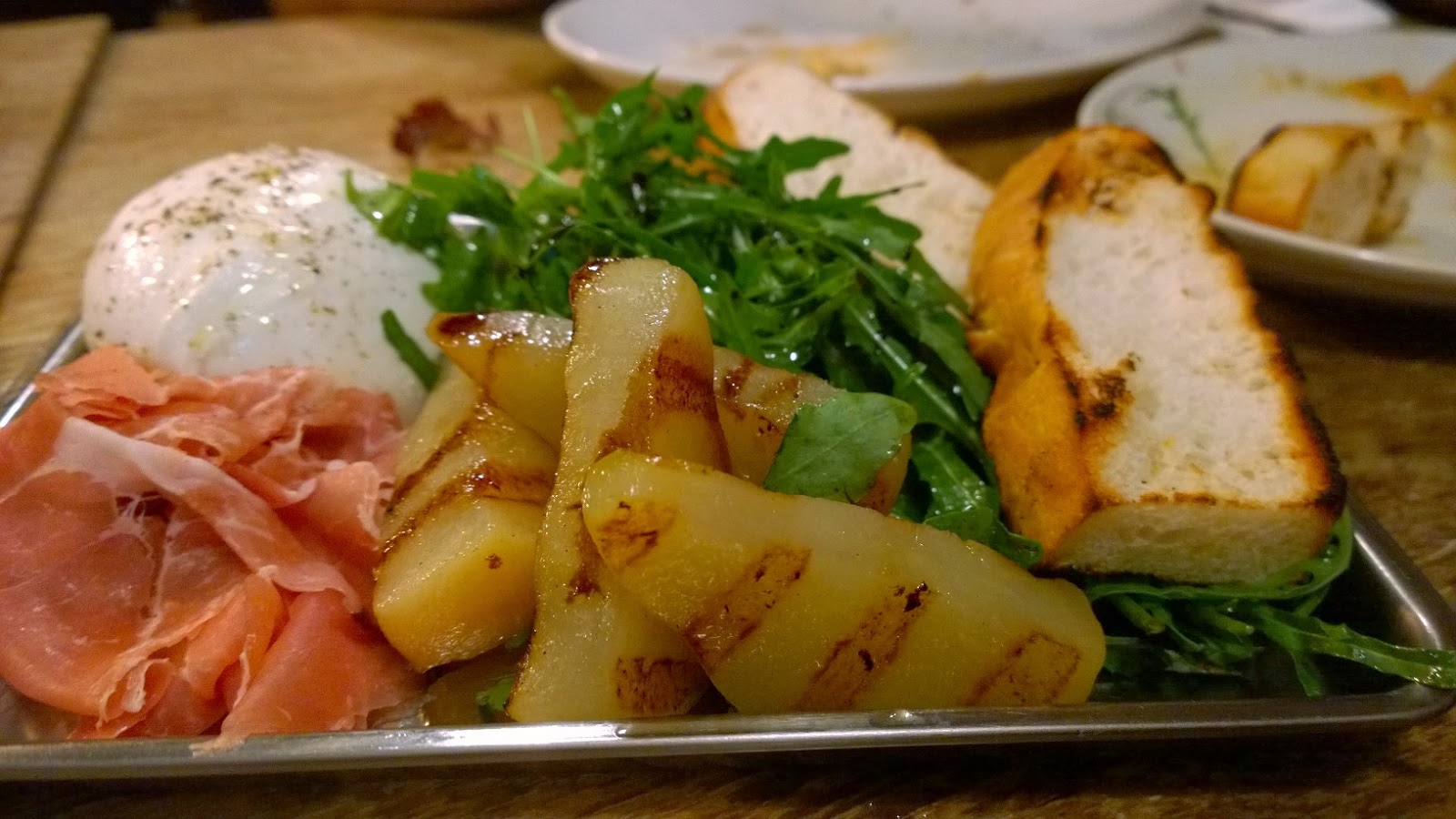 I say for now because I notice from earlier reviews, that the corkage has been re-priced from $35 to $45 (which is pretty punitive for a place with $20 pizzas) and the cost to book a 20 seat party on the second floor is $3000 on a weekday and $4000-5000 minimum spend on Friday, Saturday, excluding drinks. The reason, the manager explained, was that they would shut down their typical 30 seat takings although even he was hard-pressed to explain how their arranged menu would encompass $200 worth of food per person at $20 a pizza or $25 a pasta. This being Singapore, they are already full for some private functions.

The menu makes the bold claim of being intriguing yet accessible, which is an interesting assertion for Italian food- not comforting, familiar, and the like. The restaurant still has specials on trial, like their excellent octopus and T-bone steak and they plan to revamp their menu in July, dropping out some less popular items and putting in items like uni pasta (which did originate from Italy). The interesting thing is, the men behind the counter were all young and they were all local. The only Italians, were the couple of tables of middle-aged ones with their families. The restaurant was booked through the Friday night and there were still odd couples streaming in at 8.30pm and 9pm. 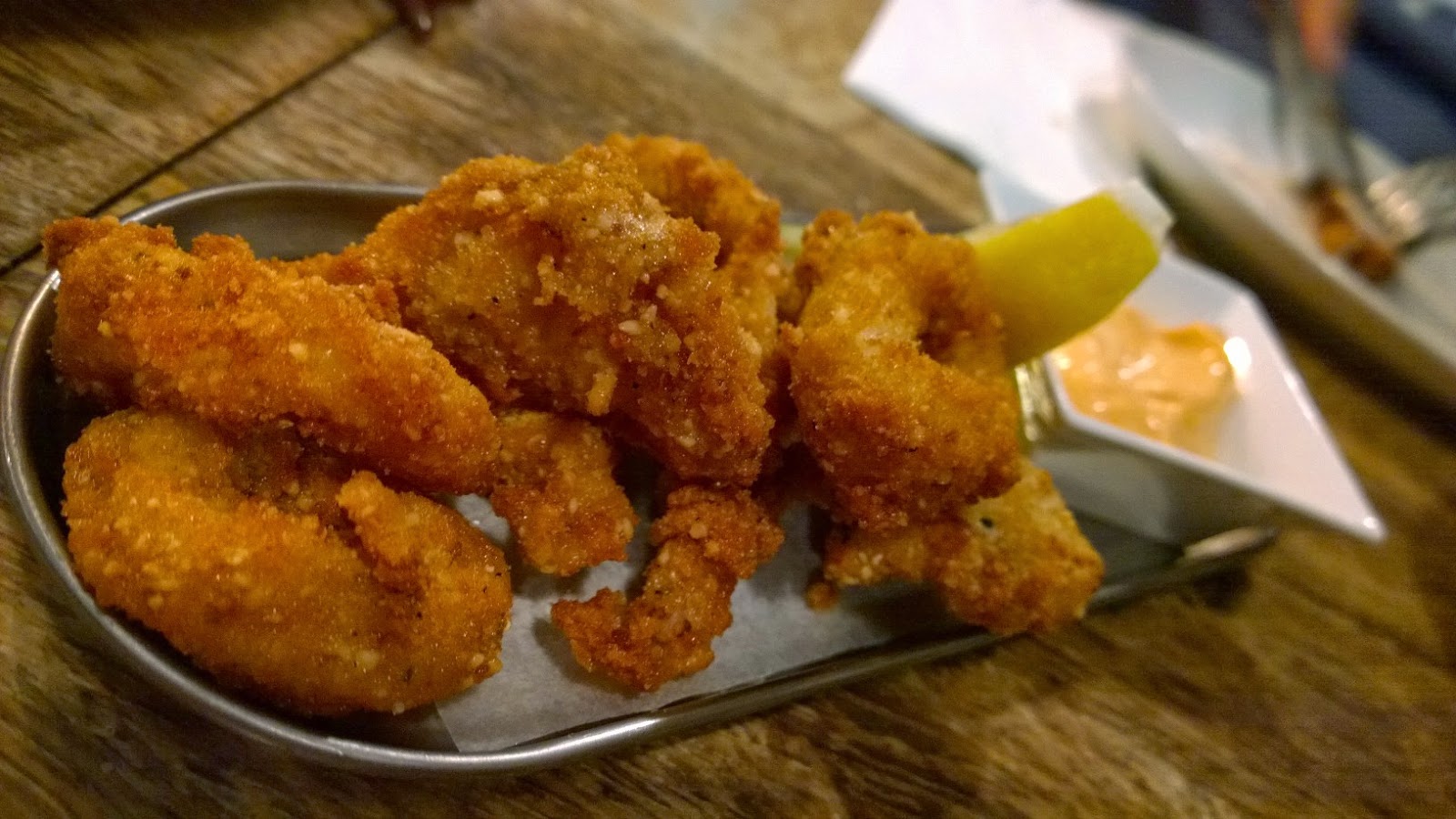 Cicheti is typically small-plate snacks or sides at bacari in Italy, a sort of Italian izakaya, if you will. Oddly enough, the restaurant isn't really snacks at all but maybe the new trend, which runs through my next couple of reviews, is that eating holes are trying to get you to drink more, so the food just accompanies your higher-margin drinks? The one-page landscape menu is very condensed into Appetizers, Pizzas, Pastas, Mains and Desserts, with perhaps 8 choices of each, something that I really appreciate (I hate pages and pages of pastas, a sure sign they are going to taste the same).

To start, we had the burratina cheese with grilled pear and parma ham. The burrata was light, fresh, cold and just excellent. It used to be that unless you went to Oso, you couldn't have a good burrata (and they would cost $50, airflown). But I find that both Cichetti and Burlamacco (on Telok Ayer Street) have very good burrata too. The combination with grilled pear was both unusual and very tasty, the parma was a little pale and weak for my taste. 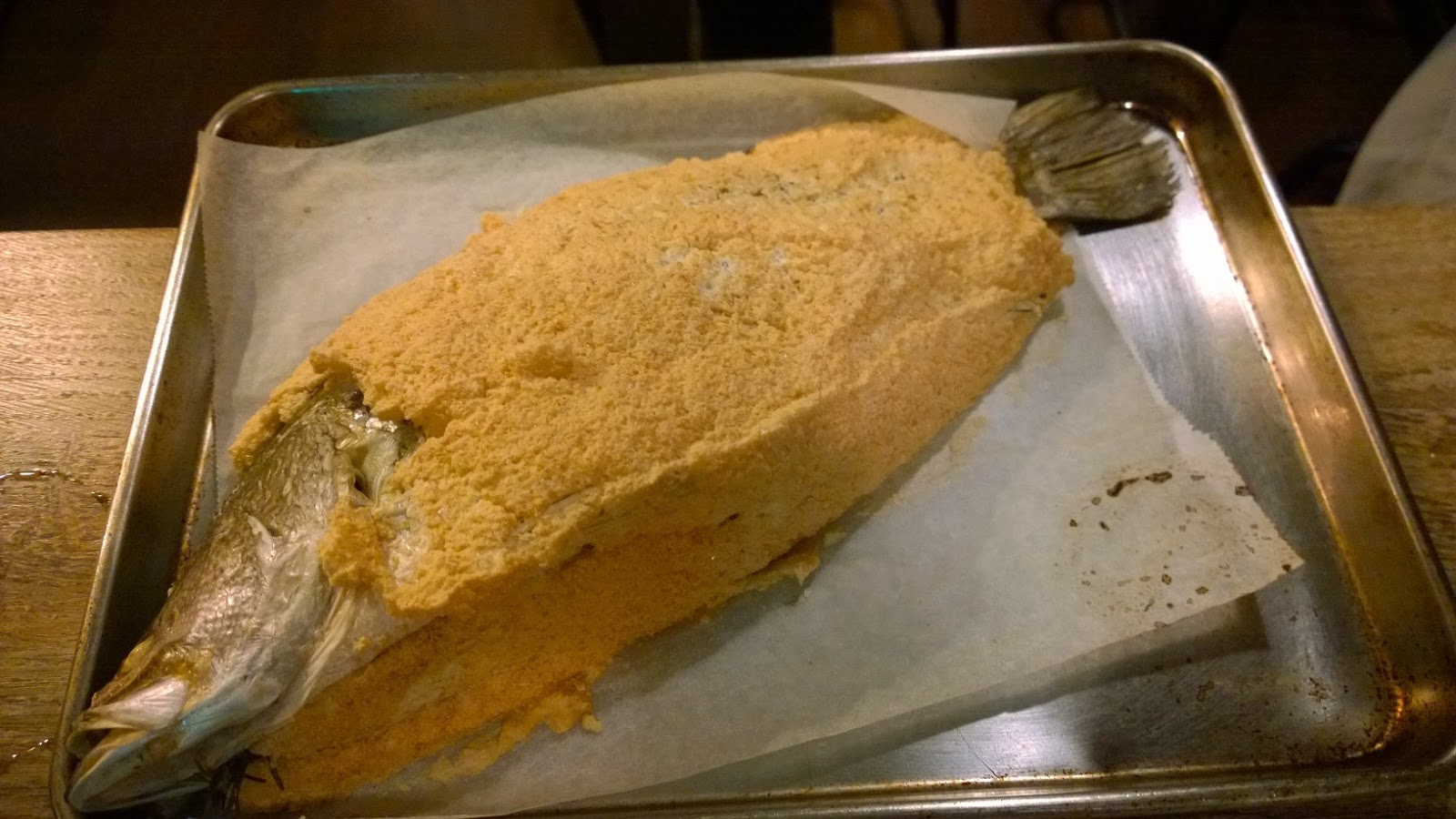 We also had the calamari and the special, grilled octopus with haricot, and just to make it healthy, the mesclun salad, which was not very interesting but well executed with very sweet bi-coloured corn and a good size for one or to be shared. Depending on how you like your calamari, you will either like their home-made breaded coating, or like me, find it slightly thick on the tongue (I admit it gave it more texture and depth). The grilled octopus was wonderful, turgid, charred and lemony, which made a good contrast with the thickness of the beans. I appreciated that they used a large, fat octopus and not a small or thin tentacle. 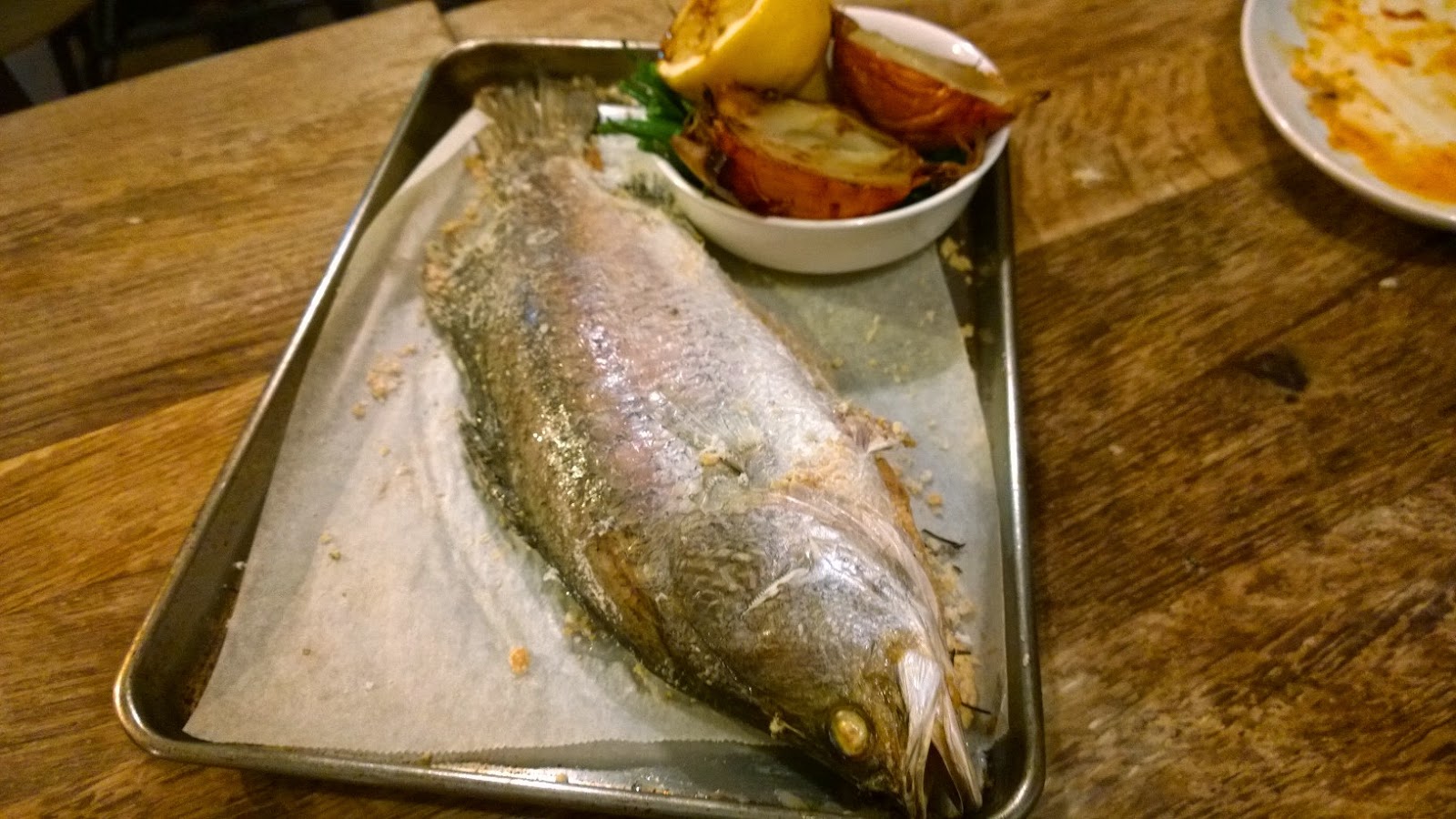 Our mains were the meatball tagliatelle, the seafood cioppino and the baked sea-salt encrusted sea bass. The pasta was hearty and had a good depth to it, although as always the case with meatball pasta, it didn't have an overwhelming number of meatballs. The seafood bisque was excellent, it tasted fresh, from the mussels to the fish to the tomatoes- this is always my fear with ordering cioppino. This had almost a lobster bisque quality and we sopped up the soup with the bread. I had my doubts about the sea bass, I tend to be prejudiced that fish is expensive, salt crusts are a fancy way to disguise stale meat, like thick sauces, and I've had incredible salt crust baked fish in Portrugese coast, hauled out of the seaside, that would be monumentally hard to beat.

The presentation of the sea bass, in a plain Japanese department-store metal tray, also doesn't really reassure, but the fish was succulent, juicy and fresh. There was no bitterness to the fish, it was sweet, lemony and meaty. At $38, this was a fairly large fish which formed most of the main course for 3 people, so I felt it was an acceptable price and far less than dedicated seafood restaurants would charge for a fish this size. 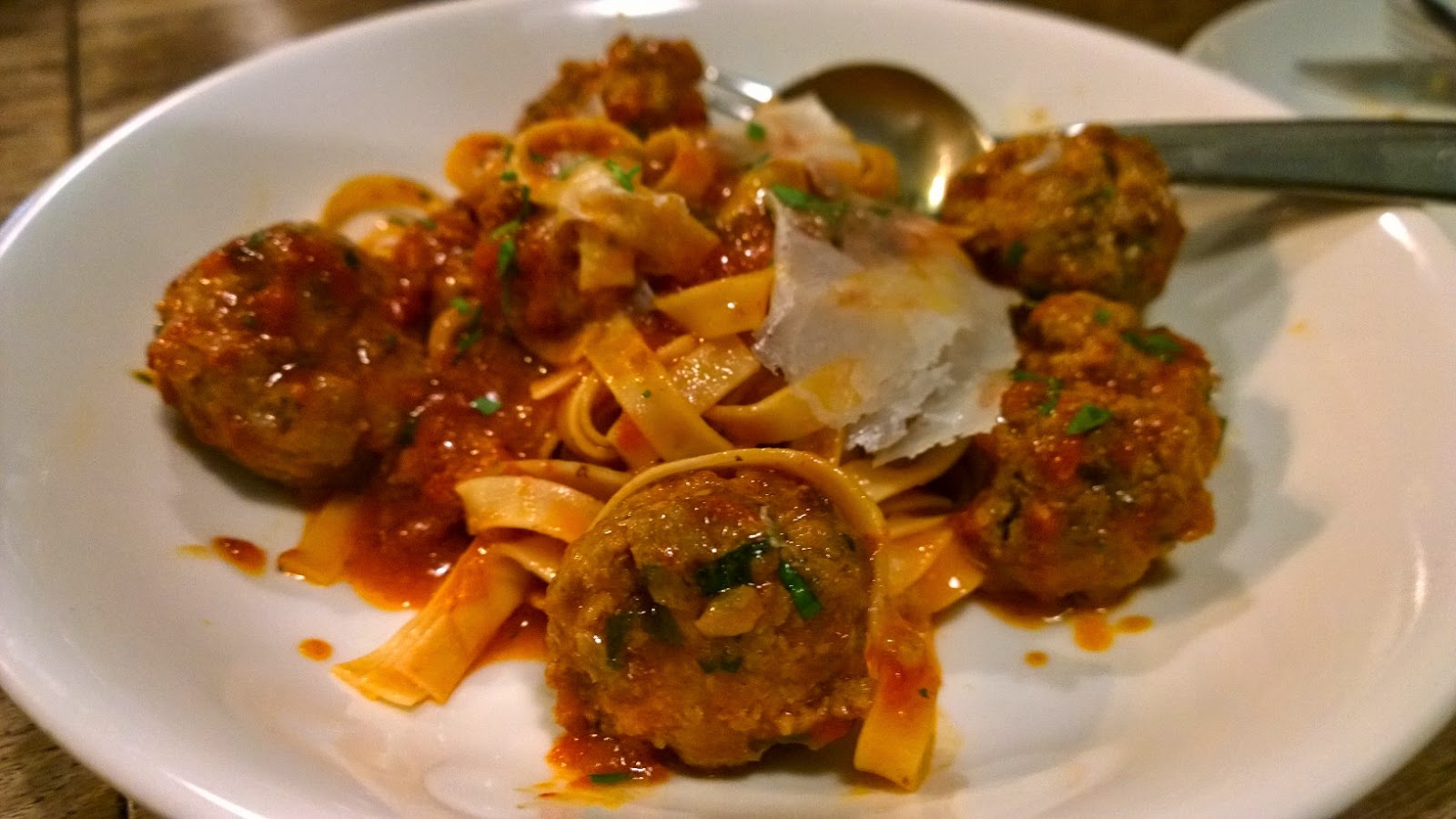 We didn't try any of their pizzas but I watched the process and product of the oven and it looked good, with a thin crust and a good char. The four cheese pizza and plain magharita pizza are meant to be the best. These are also the more basic flavours so hopefully there will be some interesting variations on the menu soon.

The desserts were probably the weakest point of the whole meal, the salty molten chocolate cake is their best-seller and it is very good, a balance of sweet and savoury that takes away from the rich guilt of chocolate. They gave us a complimentary tester dessert which was a meringue covered in a nutty almond crust, drizzled over with a thick chocolate. Their chocolate needed to be a bit thinner but this we really enjoyed, especially crunching through the generous nut exterior. 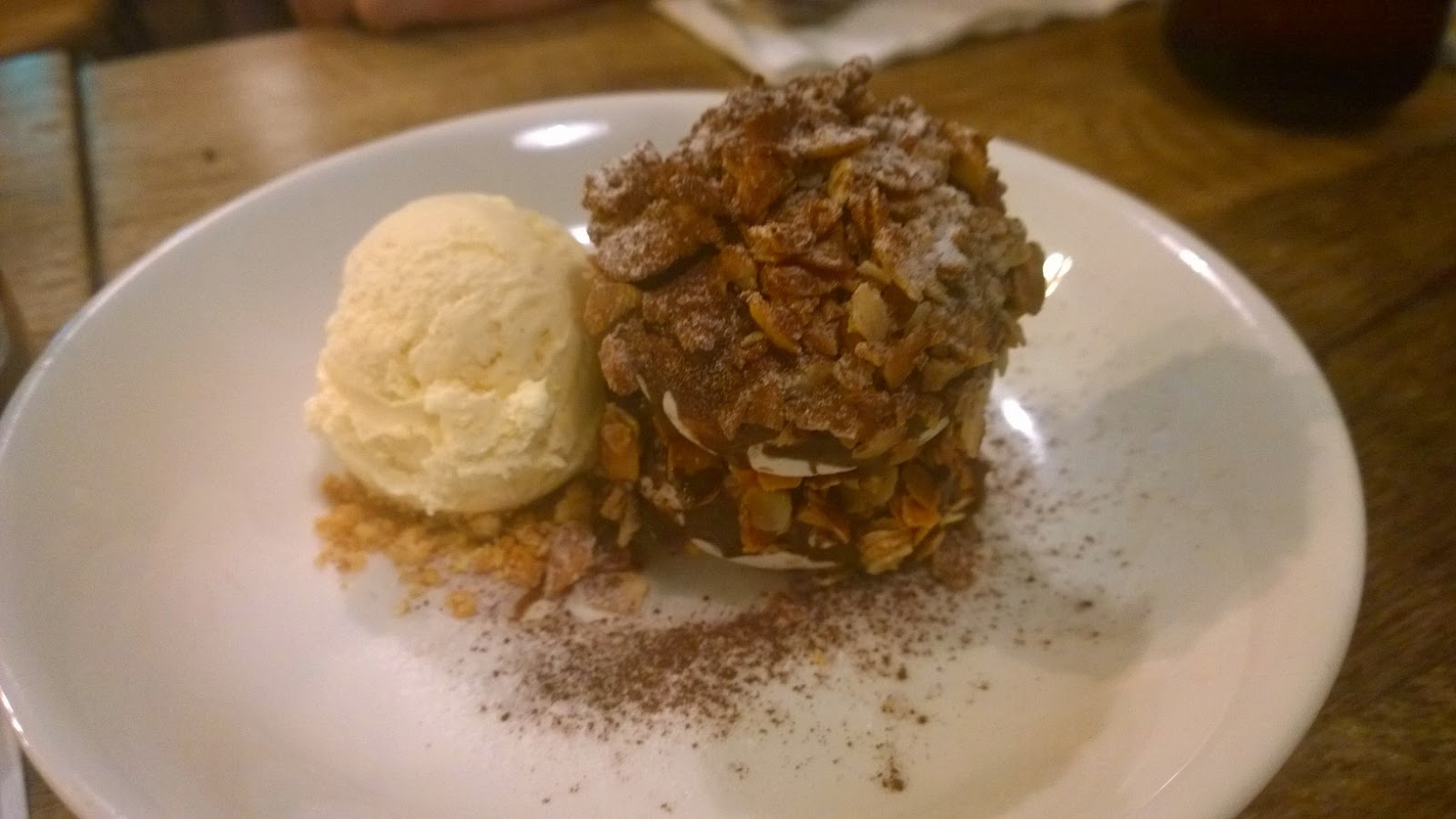 The last dessert, which was the tiramisu, was poor- weak cream-filled marscapone in which I could barely taste any cheese and a soggy tasteless sponge that dripped watery coffee. Tiramisu is supposed to pack a punch and this one felt more unfulfiliing than a limp handshake. I felt like making one for them, because it is such a hallmark of an Italian restaurant and really, not a difficult thing to make!

The waiter's response to an earlier diner's diss of the tiramisu was very cute though, she said "well, it depends on your perspective, everyone likes different things". To me, that was telling of the positive service, particularly that the manager later acknowledged the sales numbers show the same and they are working hard on upgrading their dessert selection.