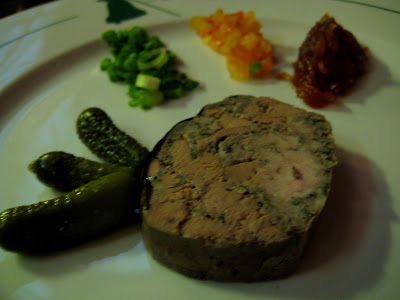 It started with R. calling up to ask E. and I to lunch. Let's go to L'Angelus at Club Street, he said.

Funny, I hadn't really registered this restaurant before but it is quite cute, very dimly lit with little french bordello red lampshades and waiters in bowties and tails. Rather pish-posh given that it's on the jaunty side of Club Street.

Coincidentally, a day later, I sat next to this rather drunk financier sort at dinner and he was on about his favourite steak places in Singapore and he was one of those people who fancy themselves French but studied in Australia? Anyway, he was having a little orgasm about French beef and he bellowed in my ear AHH, CHATEAUBREEEYOND at LONGJELOOOOS, it's is mah favourrette and you know, they also run this other little place round the corner and for their regulars, if you go often becuase you know my brother-in-law is French, they will make you a steak just like it is done in France.

That little place is Les Bouchons. L'Angelus is their big french sister, at least, clearly in terms of the service, which was just thick. The reply to what was the most popular dish was met with a typical "All our dishes are the best" which is the answer that really annoys me because it is an obvious tautology, hence it means you have bad grammar and bad comprehension.

The service was thus not much to speak of but I must say the food was very good, if not good value. We shared a starter of foie gras rilletes. It was a bit dry but tasty enough, especially with the walnut bread they brought out. The funny thing is later in the meal, they brought out white rolls, which is a little inconsistent but none of the bread was very warm. 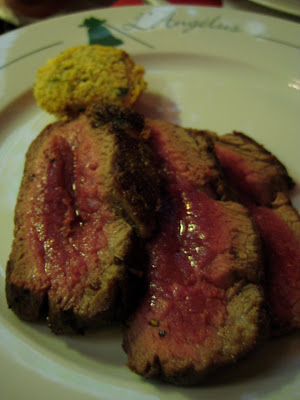 The mains are where the meal differentiated itself, they definitely don't stinge on butter and cream and it shows. The scalloped potatoes were smooth and creamy, absolutely sinful and the duck confit was nicely toasted and very yummy. The crisps that came with the duck seemed to have been fried in the duck fat and although they were not as crackly and snappy as I would have liked, they had marvellous flavour. 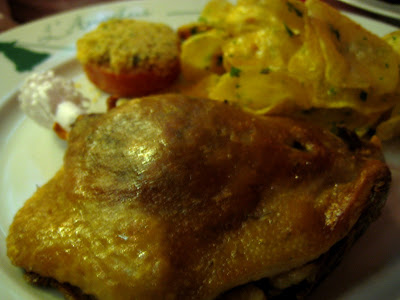 The piece de resistance had to be the Chateaubriand which E. and I shared which was $54 per person. It came out as a hunk of meat and even from a distance, I could see that it had been well-seared on the ouside. Promising and it was absolutly lovely, with a pink interior and a wonderful juicy soft texture. Probably the best steak I have had since Paris, though with my new semi-vegetarian diet, I haven't had very many.

The desserts were also fantastic. We had a crepe suzette, which was probably the best I've had in Singapore (I have a sentimental spot for Crepe Suzette, when I was a little girl, my dad used to bring me to the Tavern for dinners with his friends when my mom was out of town and he would order a crepe suzette as a reward for going) other than perhaps the one at Gordon Grill. It was of course, made with the usual copper pan sorcery and flourish. 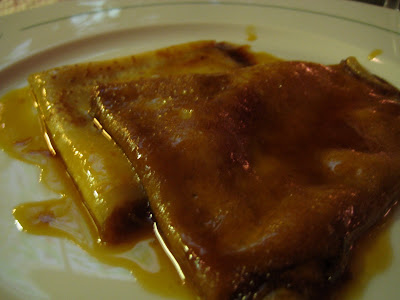 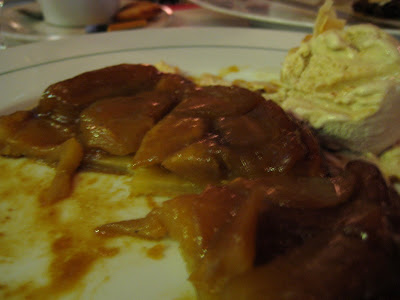 I forget the prices of the dessert, though suffice to say both the appetizers and the desserts were a bit on the higher side of average. It kind of reminds me of some of those quaint little french restaurants that used to be on Club Street before the big Italian boys of Senso and Da Paolo.

They do have a set lunch menu which from memory was about $40, but it was conviently not available on Fridays. Not a particularly enjoyable atmosphere (for me at least, I'm sure the whole musty faux French thing would strike a chord with the more pretentious) but given the food, definitely a place I'd like to be invited back to!