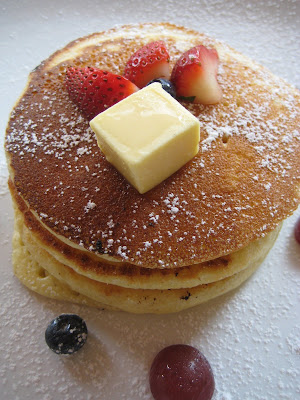 Last weekend, I joined K. and H. for brunch at Rider's Cafe. This is the poorer sister of Mimolette and is actually part of the buildings of the Saddle Club, though the cafe is open to the public. 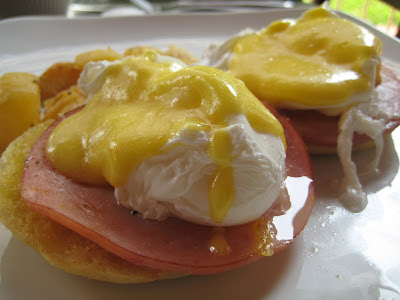 The atmosphere is a lot more rustic than the newer Mimolette but I actually like it much better becuase one, the food is better and two, the set-up is so much less pretentious. This place has wooden tables and wooden picnic benches set up on the second floor, which has a shaded verendah for al-fresco dining and is spotted with drasinia plants. The vibe is very relaxed and reminiscent of 1980s Singapore, with a lovely view of the riding fields around the area and blonde women walking their horses. 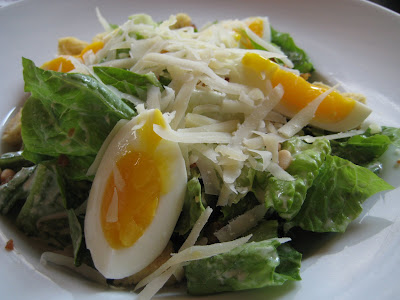 The prices here are also much more reasonable than Mimolette, where you get three small triangles of french toast for $17 and each is the measley size of half a piece of sandwich bread. Here, the prices are slightly less rapacious and I was drawn to the eggs benedict for $10.90, which is probably cheaper than both Cellar Door and Choupinette (down Bukit Timah Road). We had that and a Caesar salad, a Ribeye steak sandwich and a stack of hotcakes. 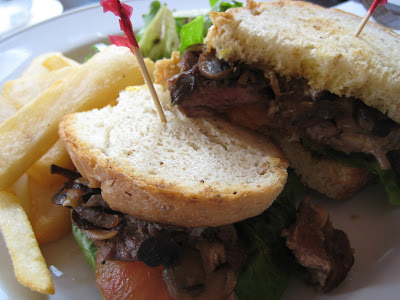 Upon arrival, I understood why the eggs bendedict was cheaper. There weren't any garnishes, just a straightforward bun of eggs and ham. For the ham, they had used a regular picnic type of ham, which I thought a bit declasse. The Caesar salad was similarly skimpy on ingredients, with a prepondance of romaine lettuce. The two standout items were the ribeye sandwich, which was chock-full of caramelized onions and sauce, yet very moist and chewy enough and the stack of hotcakes, which was inspiredly aerial and fluffy, probably some of the best I've eaten of late.

This has become one of my favourite places for a casual brunch and to meet up with friends because of it's unhurried, sun-filled atmosphere. I would rate the al-fresco tables at the Celler Door above this but that's about it. This place does get crowded later on weekends with families, so book ahead and enjoy!