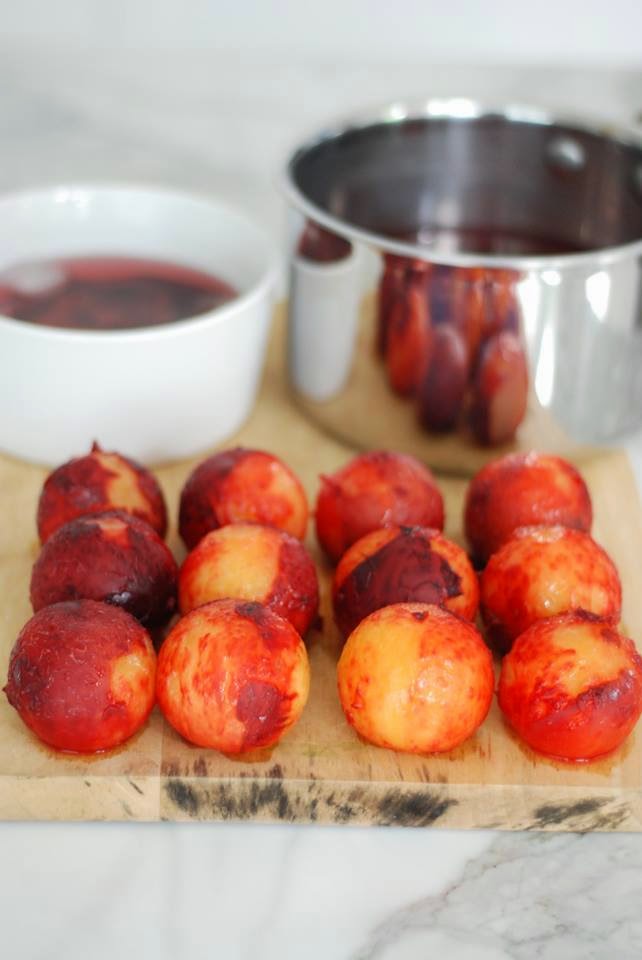 ﻿
I must admit, I was drawn to this recipe becuase I thought Barack Obama must know his pies! This pie recipe was from the White House chef, whom Obama thanked with his now-infamous quip that there might be "crack" in his pies. I tried it over this weekend and came to the conclusion that while the crust was lovely, the filling with nectarines is a bit too liquid and wet. I much prefer a thicker Sour Cherry Pie. The aesthetics of this pie though, are just beautiful and the crust, because of the copious addition of butter, is pretty heavenly and flakey, as advertised. 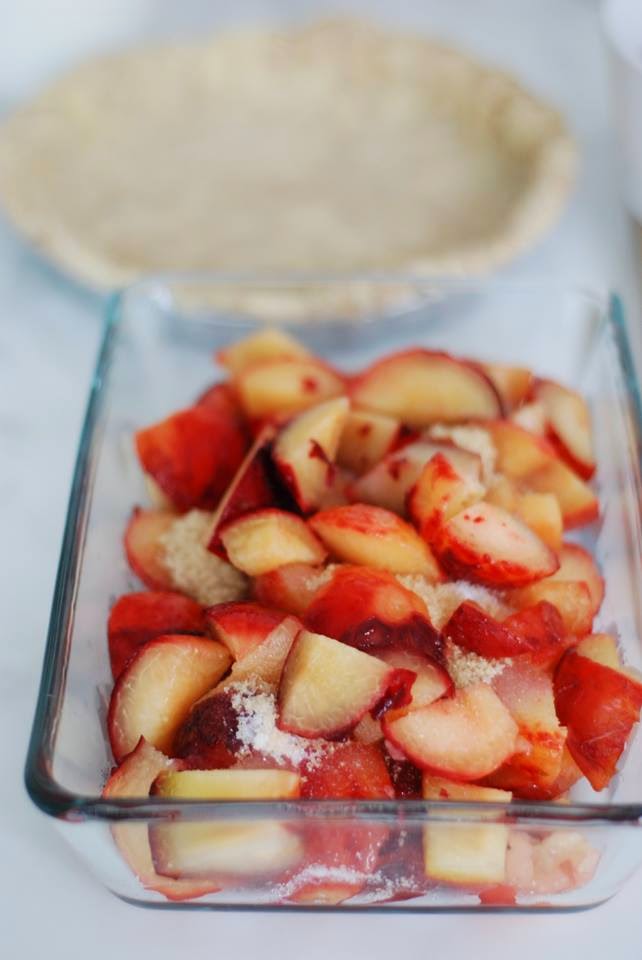 In a mixer with the paddle attachment, beat the butter, cream, and lard until smooth. In another bowl, thoroughly mix together the flour, sugar, and salt. Add about a third of the flour mixture to the butter and beat until the mixture comes together like a fairly wet dough. Add the remaining flour and mix until the dough just begins to come together. Turn the dough out on a floured surface and gently knead it into a smooth ball. Divide the dough in half, wrap each piece tightly in plastic wrap, and flatten into disks. Refrigerate for at least 2 hours or overnight (or up to 3 days).

In a large bowl, toss together the nectarines and lemon juice. Add the sugars and the salt, and gently mix to combine without mashing the nectarine chunks. Set aside to macerate for about 30 minutes. Return the nectarines to the bowl and add the cornstarch, mixing until it has completely dissolved. Stir in the brandy and vanilla.

1. On a lightly floured surface, roll out both disks of dough to a 1/4-inch thickness and fold in half. Then re-roll to rounds about 12 inches in diameter and 3/16 inch thick (about the thickness of two quarters). This will create the layers of flakiness in your pie dough. Transfer one round of dough to a black steel or Pyrex 9-inch pie pan, and trim the edges so they are even with the rim of the pie pan. Place the second round on a flat baking sheet and put it in the freezer. This will become the top of the pie.

3. Pour the nectarine filling into the pre-baked pie shell. Use a pastry brush to moisten the edges of the bottom pie crust with some of the egg white. Remove the top dough from the freezer and place over the fruit. Press down around the edges with your fingers to seal and tuck any excess dough under the edges. With a paring knife, cut 12 slits in the center of the raw dough, barely piercing it, to create air vents. Then, brush the top dough with the remaining egg white and sprinkle with Demerara or granulated sugar.

4. Bake on an aluminum-foil-covered rimmed 11-by-17-inch baking sheet on the center rack until the pie is deeply golden and you can see the thick juices bubbling through the vent, for 1 hour. Let cool before serving.
Posted by Weylin at 9:40 AM