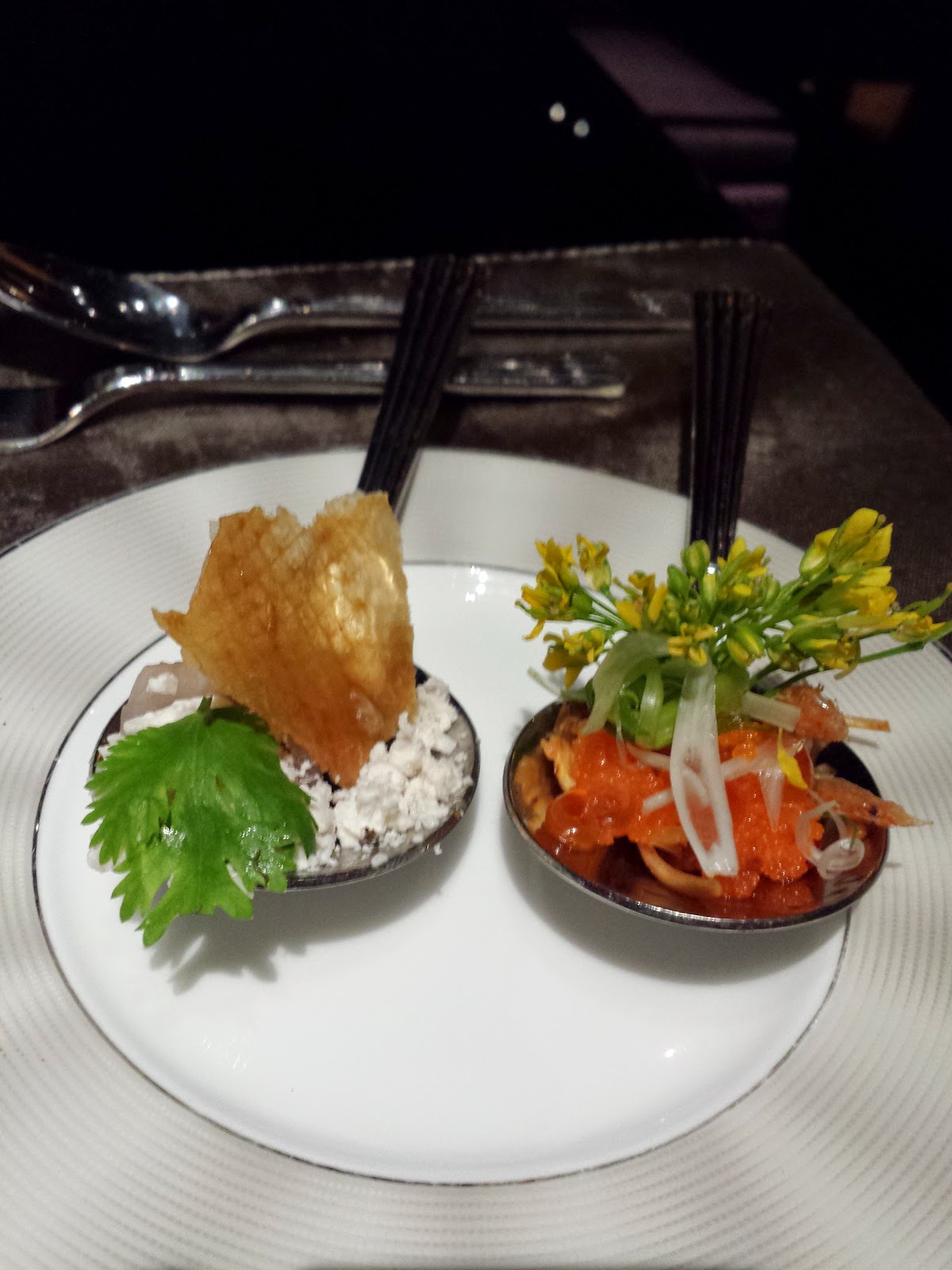 I always think the most fun cities in Asia have to be Bangkok and Hong Kong- the buzz just makes me feel more alive. That and the food. Food is everywhere! I had a quick pitstop in Bangkok but I made the most of it, I think. I wanted to explore some new places this time and I think I did because I didn't eat a single beef noodle or pad thai while I was there. I almost didn't eat any mango sticky rice or Tub Tim Krub (red ruby dessert). Amazing, no? 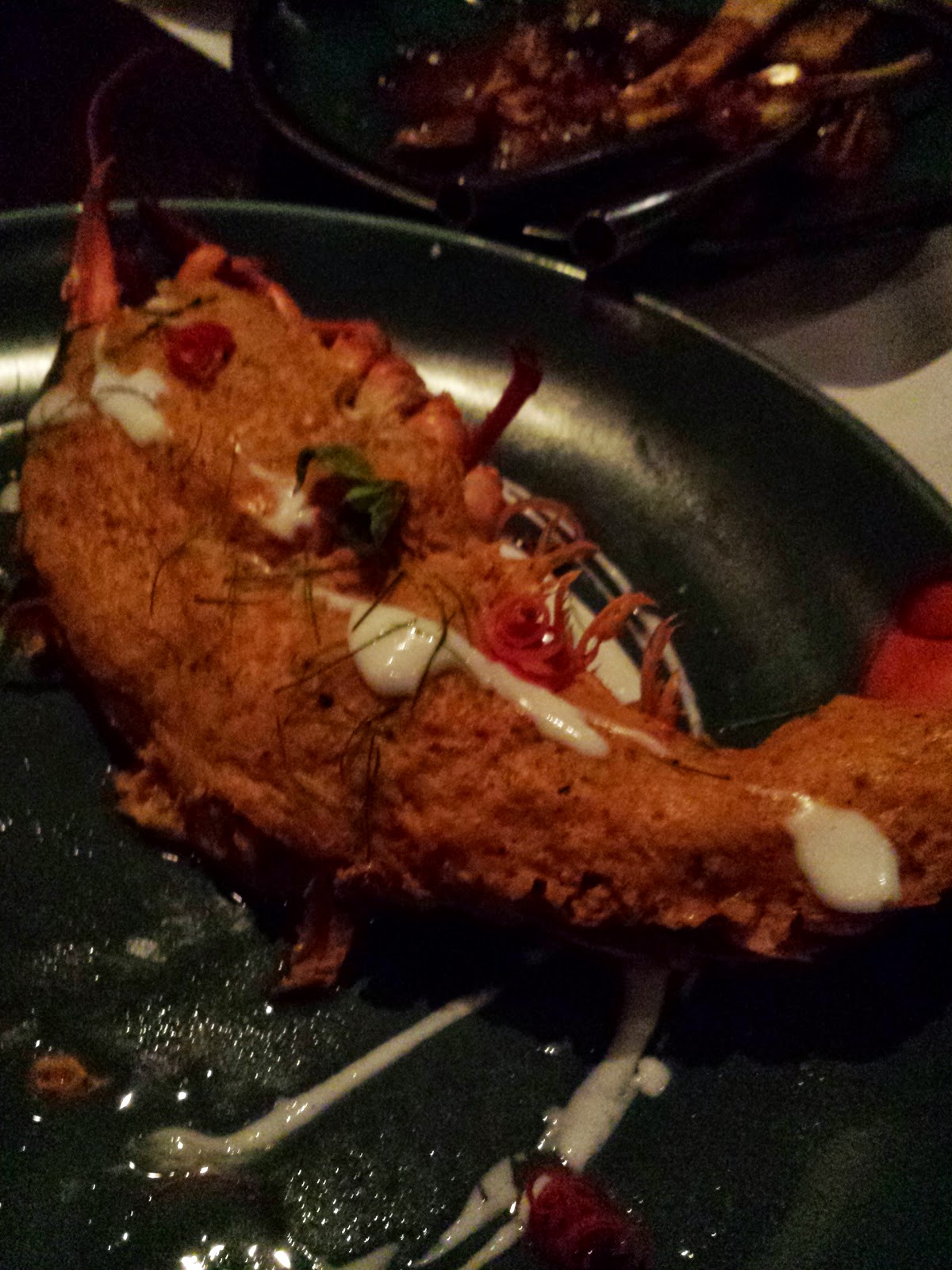 The first night, I caught up with an old work friend at Issaya Siamese Club. I had heard a lot about this place, that specialized in Northern Thai cuisine and because I really liked Pok Pok in Portland, I thought I might like this too. I was hoping, secretly, to find the Burmese Pork Belly curry that I liked so much, but sadly, they didn't have it. 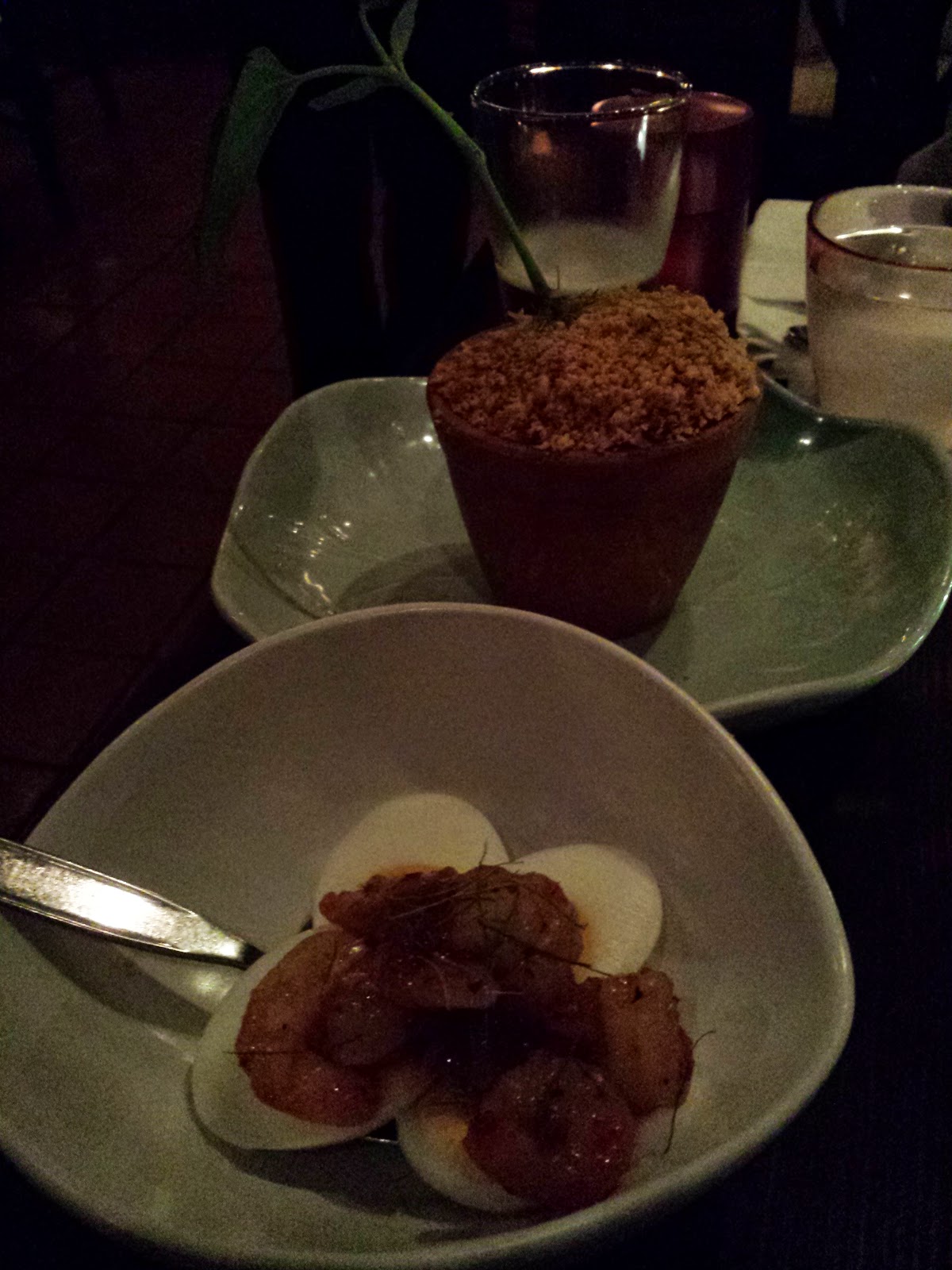 What they did have though, was a lovely Massaman Lamb curry and their curries had that sort of deep, mellow flavour of the North. Absolutely delicious. We also had a lobster that had been halved, made into an otak (fish paste) and then stuffed back into its shell and steamed. We had a pomelo salad, served in an overturned flower pot. 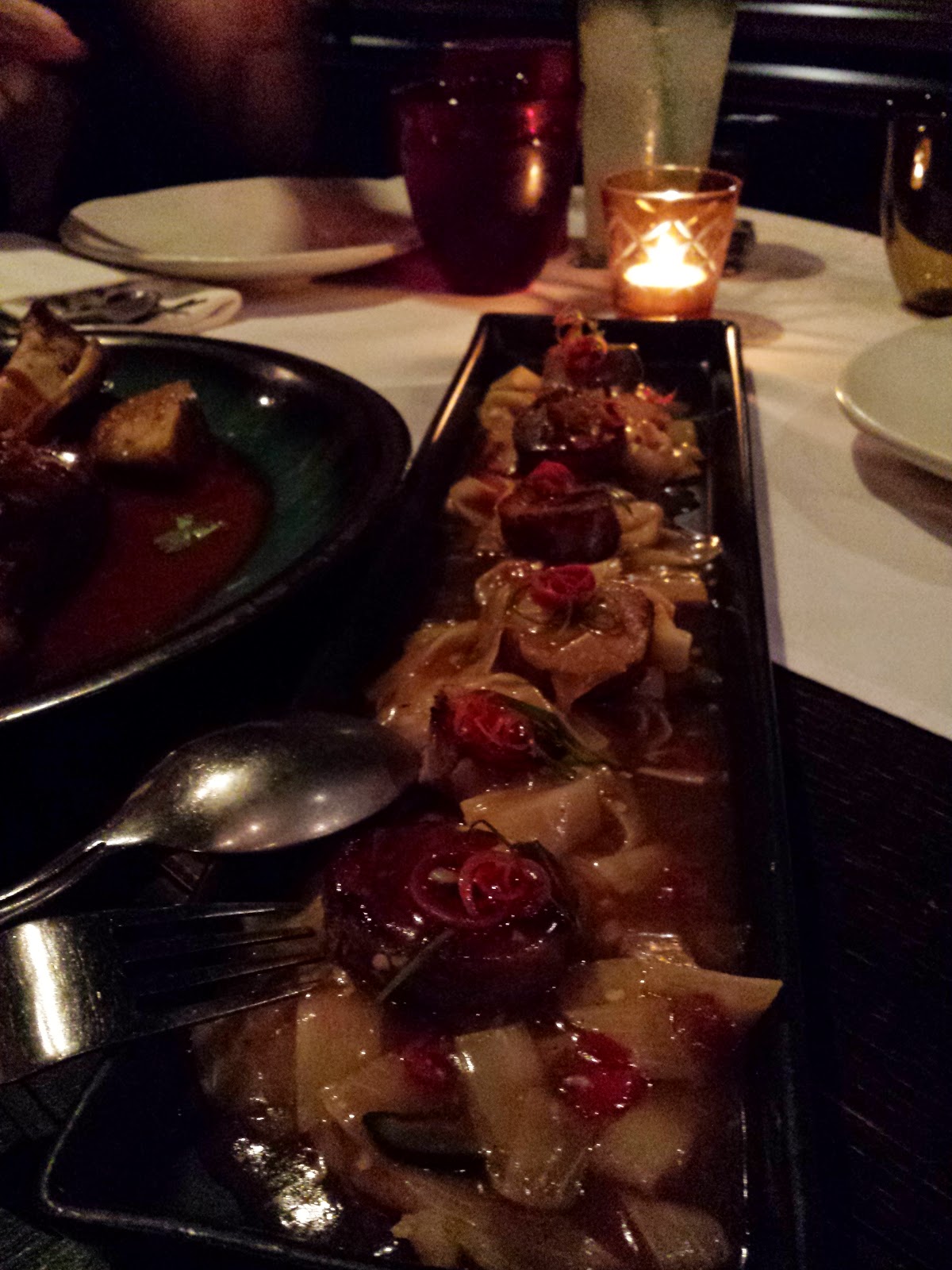 The only slightly sour note of the meal was the dish that looked like cabbage and turds. They were dry and kind of hard, I'm not sure what they even were! The desserts were fairly simple and also, I thought, not the strong point, coconut mochi in the a fresh coconut, but the mochi skin was thick and unrefined and a series of slightly artificial tasting ice cream flavours. The best dessert, I felt, was one that was reminescent of a street vendor dessert. On a banana leaf, they spread dried coconut, passionfruit puree and popped rice, as well as a thin shell of chocolate and sponge cake rolls filled with cream- very simple but tasty. 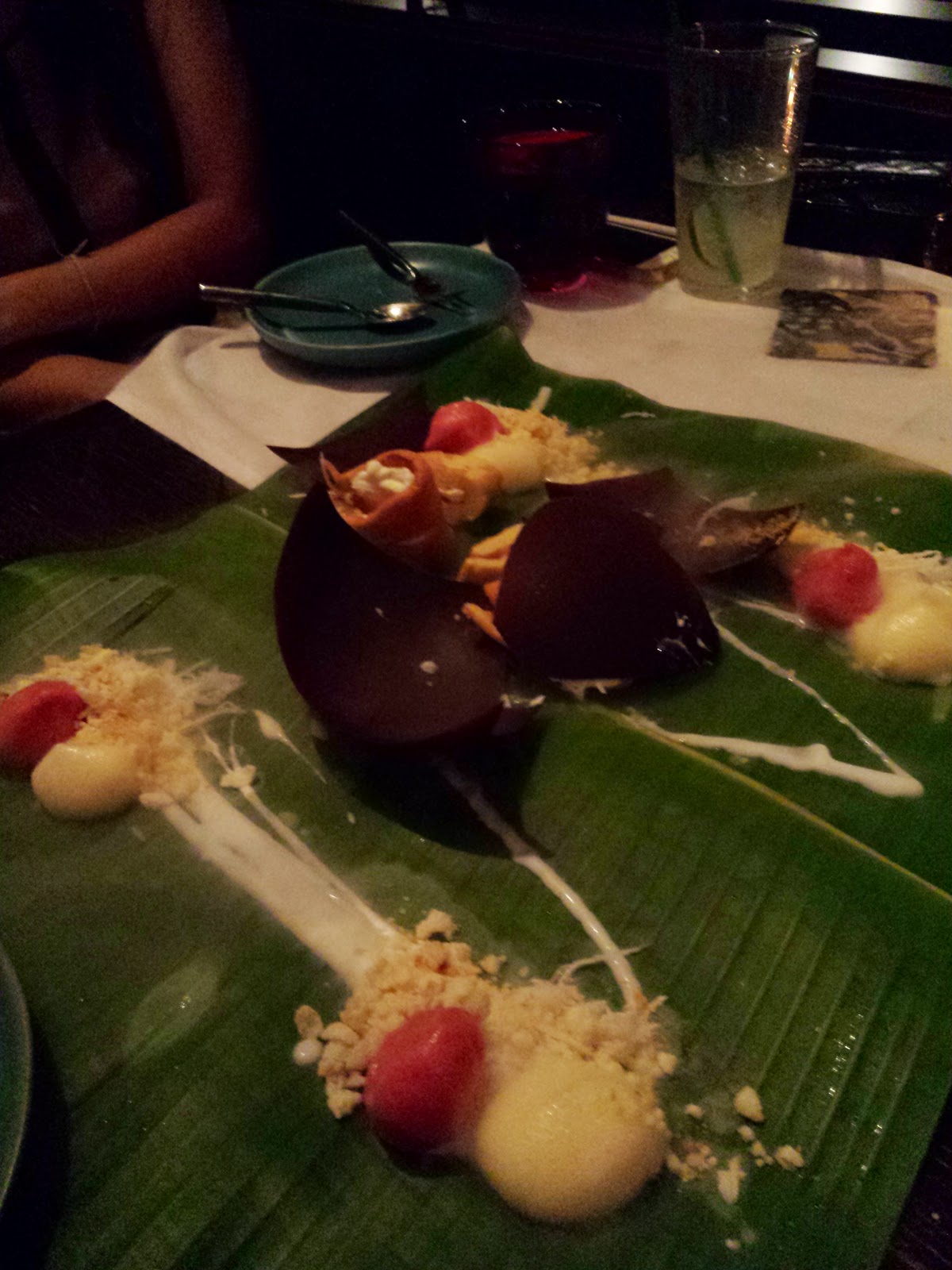 The next day, I went to NAHM, which is the David Thompson restaurant in Metropolitan. I had never remembered it as being particularly hip but it is now impossible to get a reservation (for dinner). I have to admit that I went in particular for lunch, because it was so hard to get a reservation and I had very low expectations. 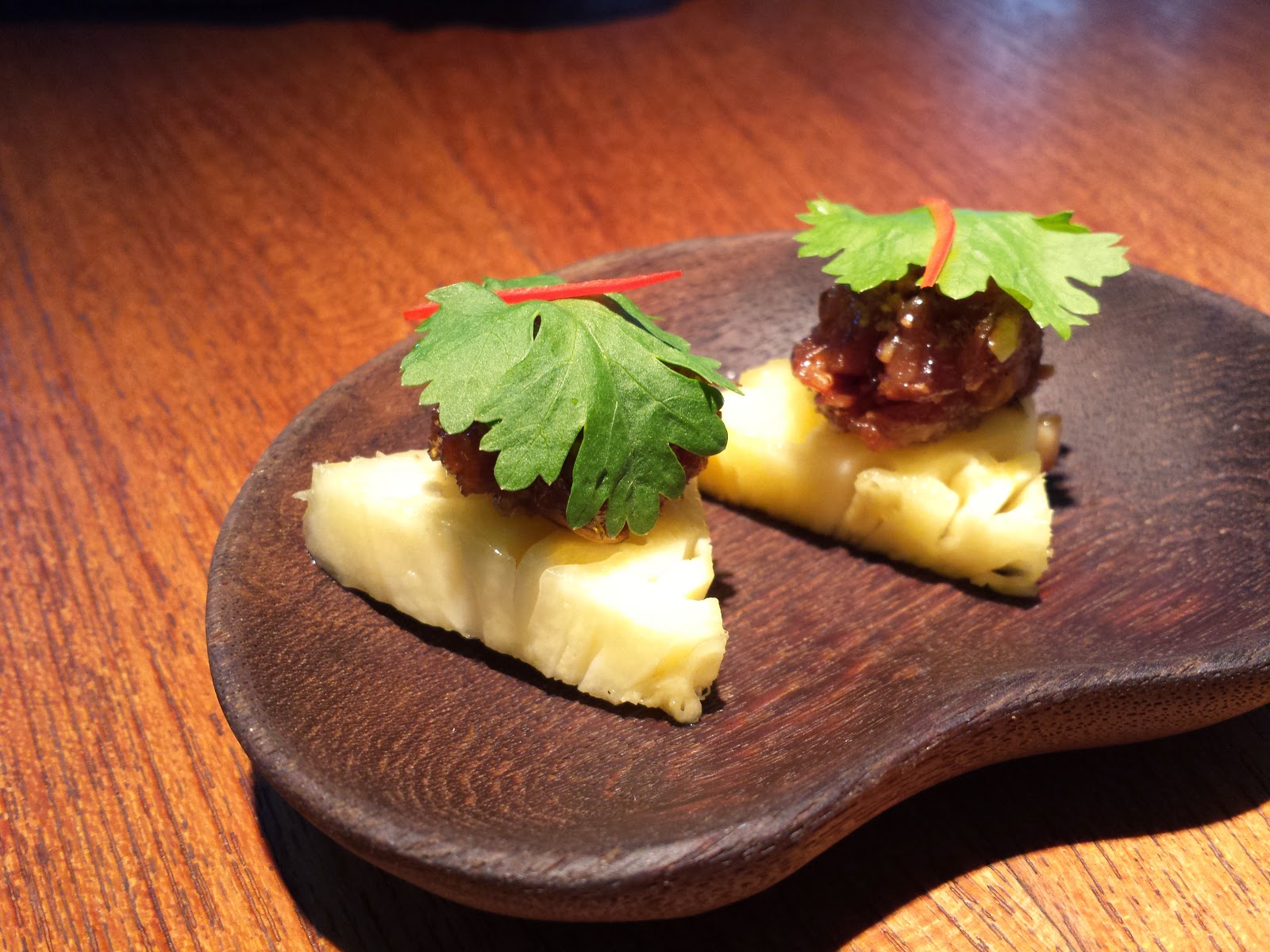 However, the food surprised me, it was absolutely fantastic! Even Z. who does not eat to live, thought it was refreshing and different, because of the freshness of the ingredients used. We had a blue swimmer crab curry, which was mellow, with hints of spice and wonderful fresh crab and some vegetable dishes, just brimming with flavour and juiciness. Even the simple egg omellete, which was the cheapest thing on the item, was steamed and then smoked in a banana leaf pan, it had a tamago-like texture and yet a lovely savoury depth to the taste. 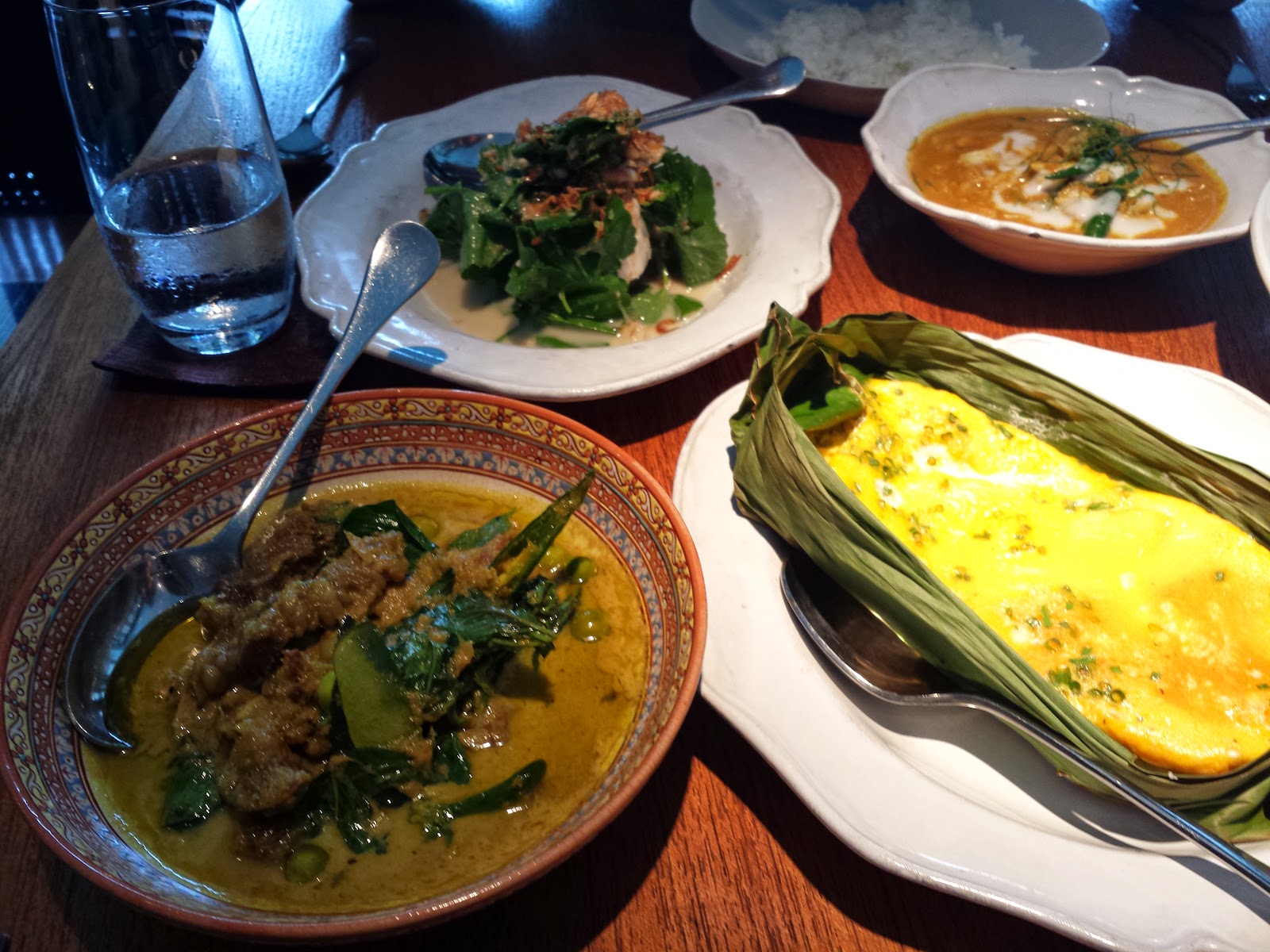 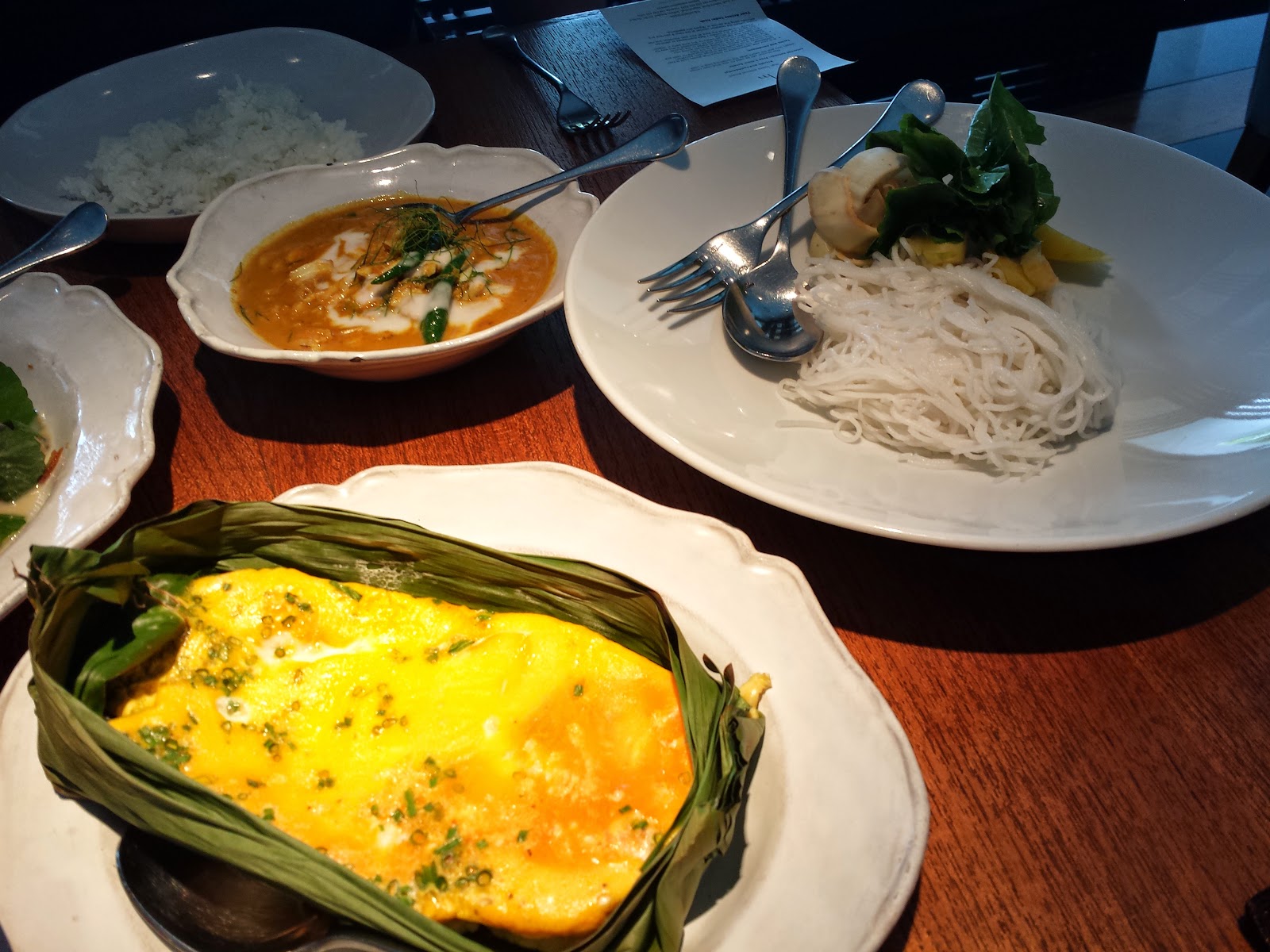 I walked out the restaurant impressed and very satisfied. We did not opt for the set meal, which seemed like also a good option, for our ala carte meal, we paid about SGD$40 a person. Not cheap by Thai standards, but not expensive for a special occasion, for a white tablecloth restaurant and for a really fulfilling meal. 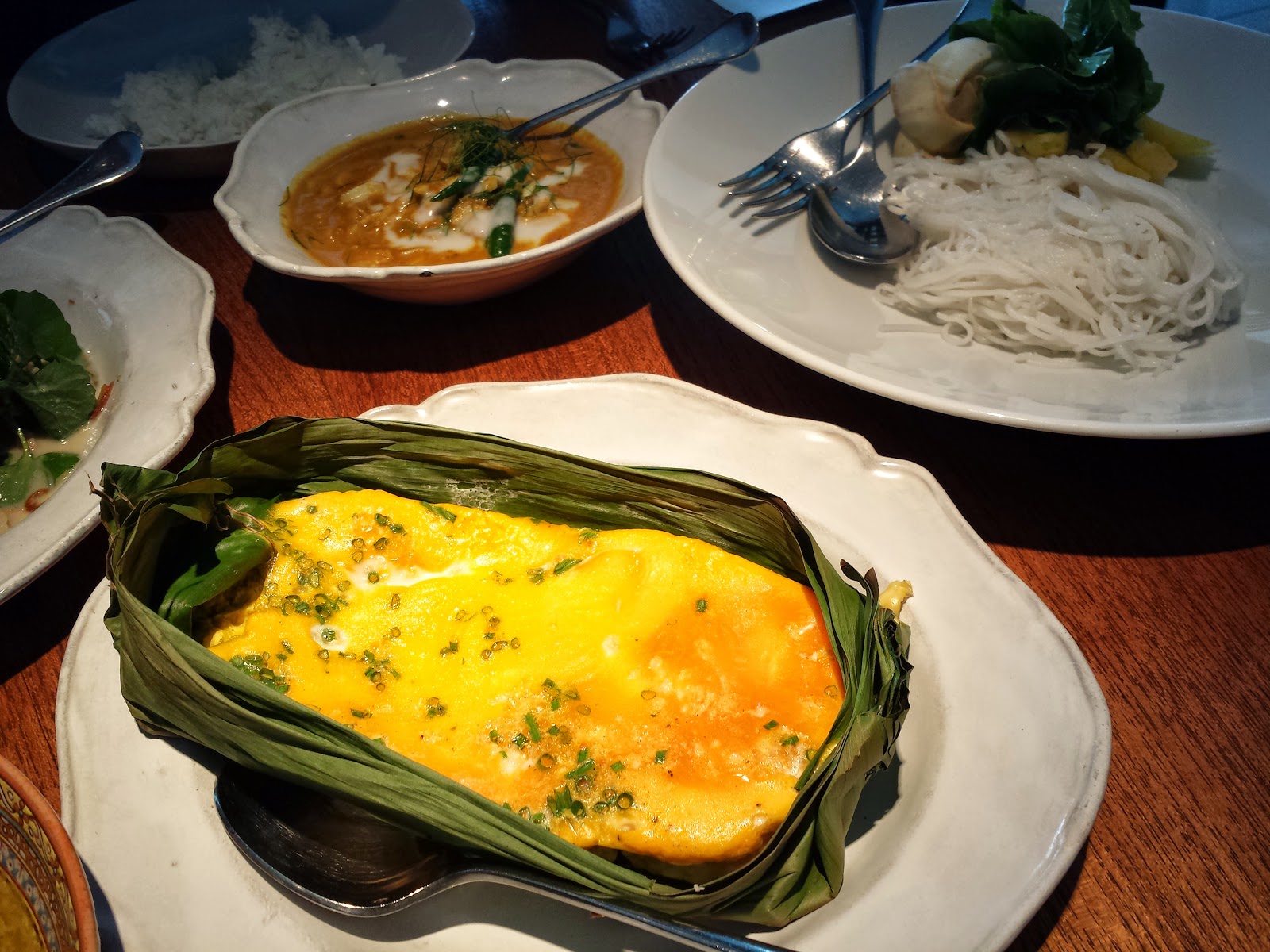 At dinner, we went to Sri Bua at the Kempenski Hotel, which is an offshoot of a similar restaurant in Europe Kin Kiin. This was a long set dinner, served over 7 courses and my overall feeling was that it was pricey and unfulfilling for the amount they charged, even though there was nothing poor, (but also nothing memorable) about the food, which was simply beautifully presented. 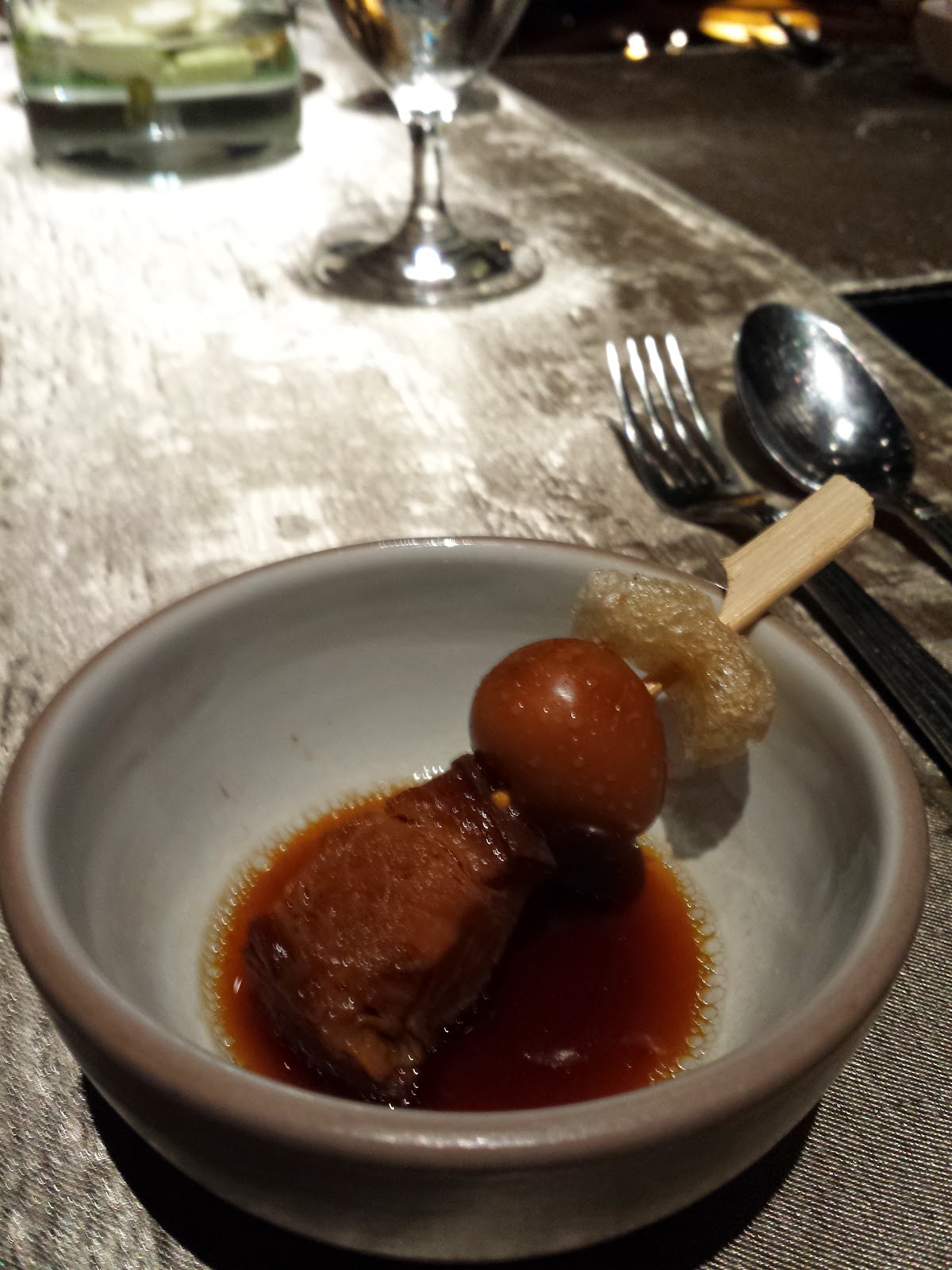 There was cornettes, meringues and crackers, with a lot of dessicated kaffir and coconut, however, some of the dishes struck a slightly sour note where the proportions were not right and overall, the small plates meant that most of it was served cold which was great as an experimental and intellectual talking point, but not necessarily for the quality of the cooking. 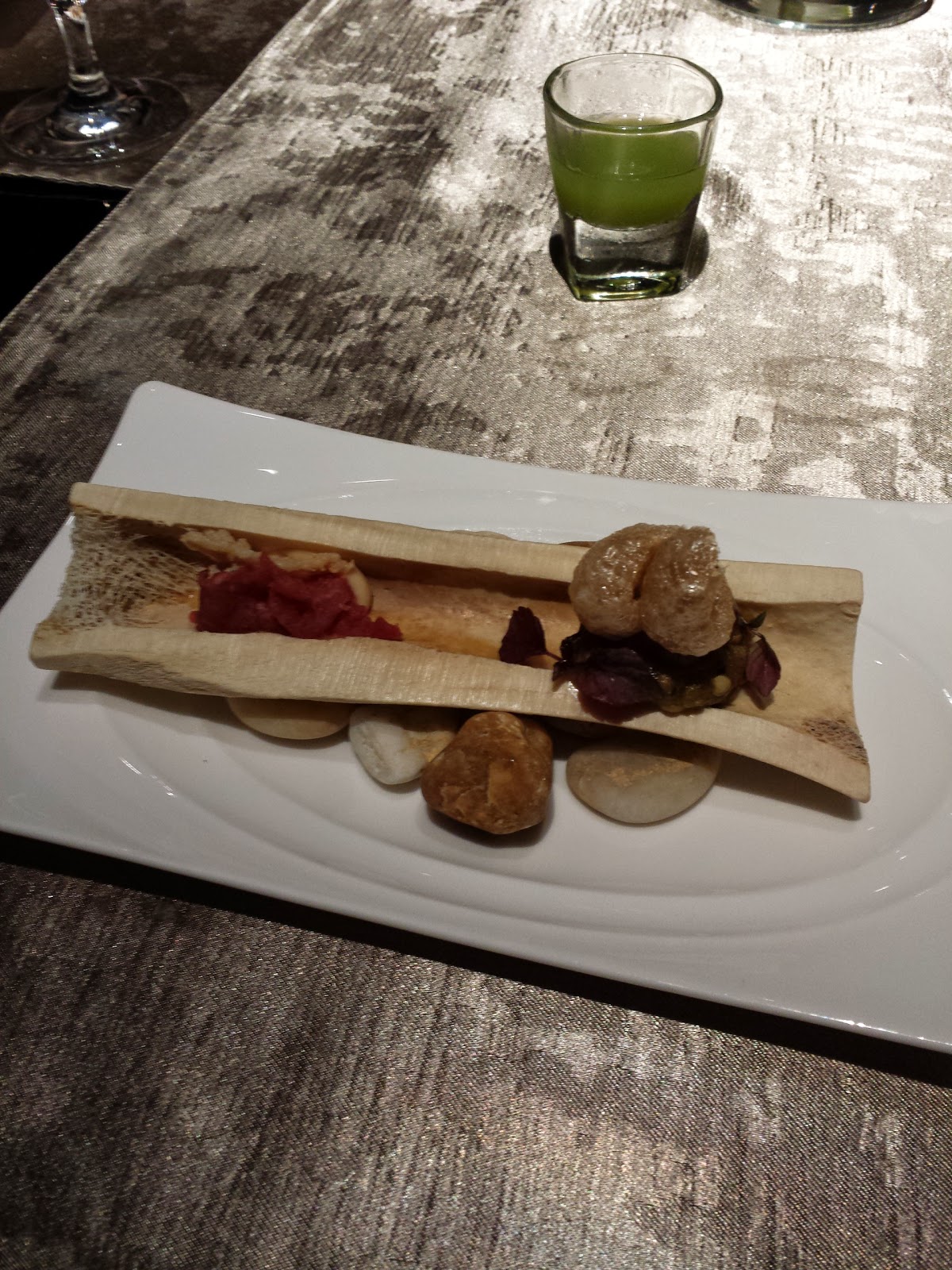 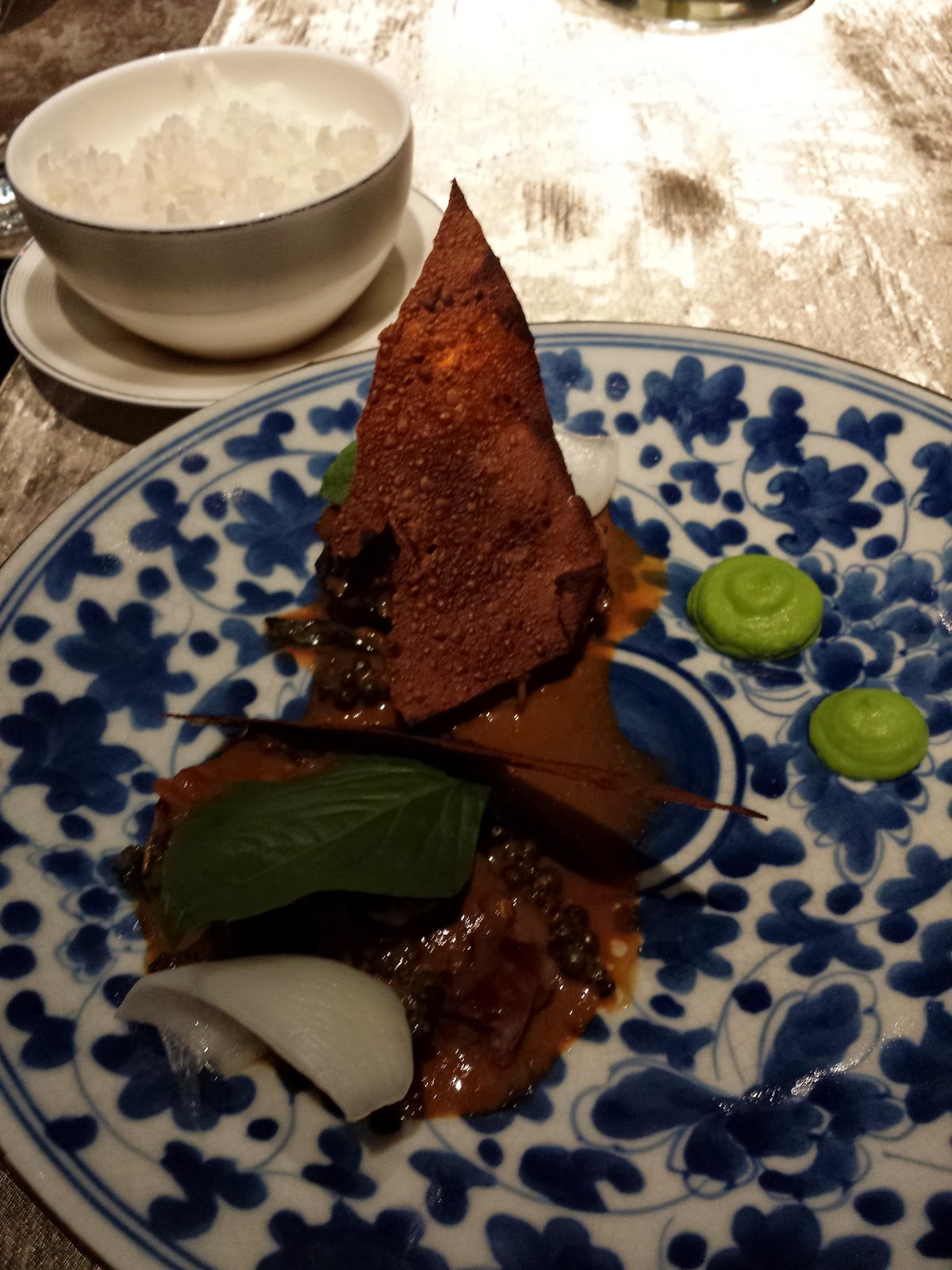 I checked out the website after getting home and the photography of the food is simply beautiful. The dark lighting in most of the Thai restaurants made food photography rather difficult and unflattering. 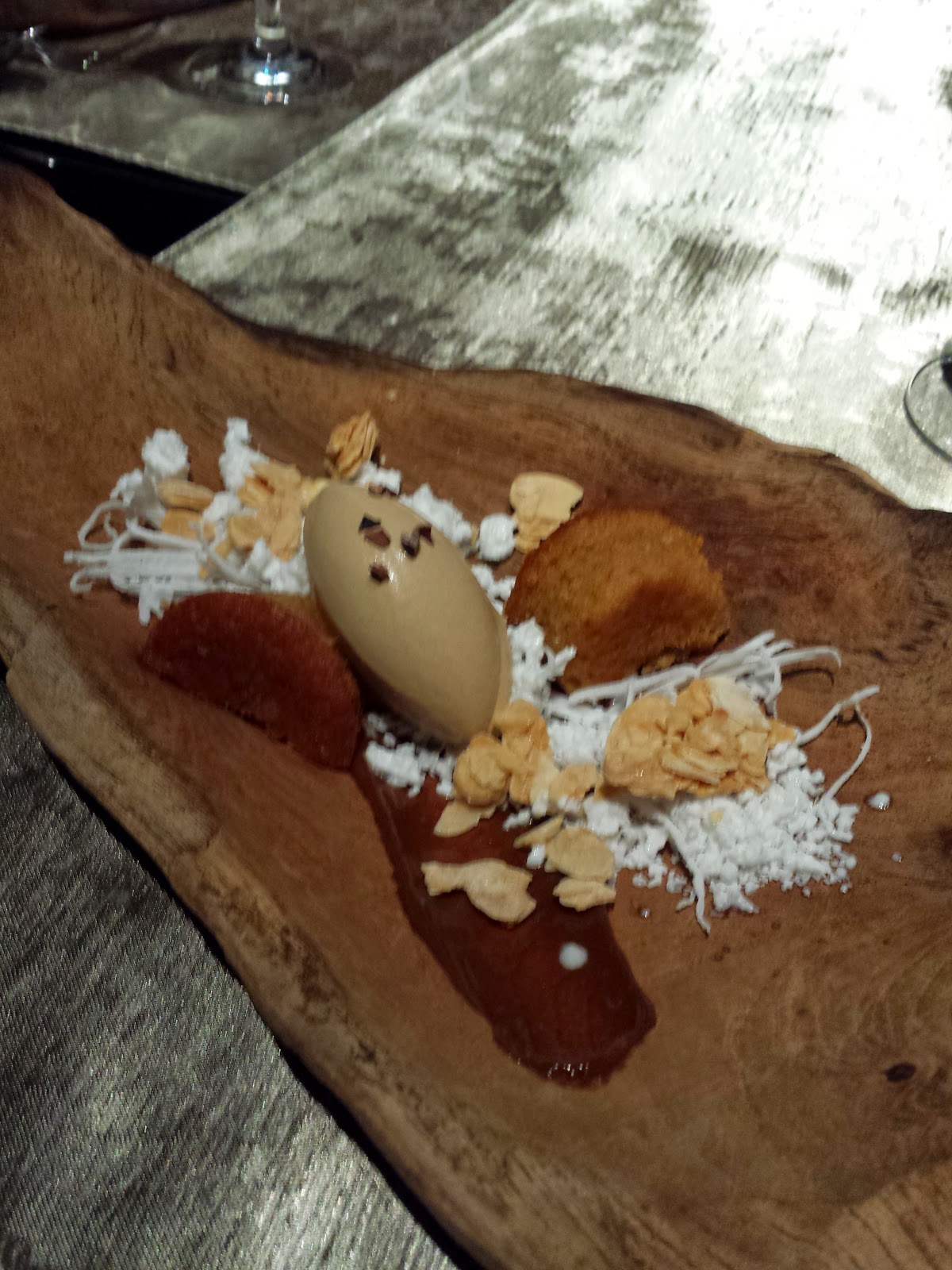 The following day, we too a quick cab ride to the It was a public holiday, so the roads were absolutely empty- a real revelation. We went to Soi Polo Fried Chicken, a place that I've written about before. The fried chicken here is so good, it's raised three generations of children for the lady proprietor. Get it with an extra helping of fried garlic slices and sticky rice, along with their amazing green papaya salad and the grilled pork neck.
Posted by Weylin at 10:01 PM