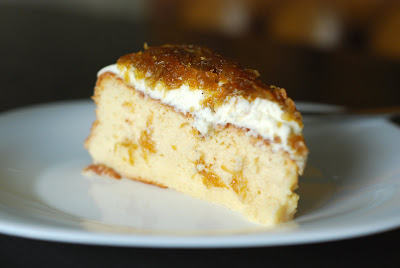 I've written at length about the wonders of the Tres Leches cake and I am ashamed to admit that after my years in the US and in California of all places, I never actually sampled this dessert before.

When I was in New York, it happened to be on the Cafe Lalo menu, again, a place that I've been to often. This time, however, S. pointed it out and ordered one for himself. The spongy, delectable crumb, oozing a sweet, wonderful milk, was quite a revelation and was my introduction to this Latin American favourite that a few cultures like to claim as “their own.” This cake has become such a hit in the US that Martha Stewart even crafted a version, probably of the non-so-Latino variety.

Theories abound as to how it was first introduced, some claim the cake’s origins began in Mexico, while others argue that it was perfected in Nicaragua and later adopted by Cuba. Another theory posits that in order to get Latin American housewives to use evaporated milk, a canned goods company crafted the recipe. There are as many adaptations as there are cake recipes- some use coconut milk, others melted chocolate or cajeta (dulce de leche), pineapple or banana. 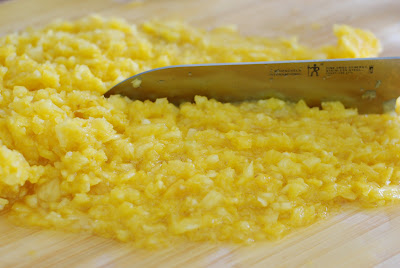 I tried two recipes, Alton Brown's from The Food Network and this second one adapted from The Cocina Cubana Club (by Pascual Perez and Sonia Martinez). The one I am posting is the second, which was far superior to Alton Brown's version, which was essentially a butter pound cake. It was too dense (partly because we didn't allow the liquid to soak for long enough) and heavy. This version is a sponge cake, which is a much better alternative and it produced the light, sweet cake that I remembered.

The sponge cake was a cinch to make, the proportions below were enough for 2 cakes. I made them in springform pans, so that we could also soak it in the pan. (I don't think these cakes can be made without a springform pan, though I will try making a square cake next time). You must soak the cake overnight and I would advise using less condensed milk than evaporated milk because it would otherwise be a bit too sweet. I would also use the flat tbsp of rum or brandy, it brings out the natural sweetness of the taste and helps to neutralize the milky taste.

For toppings, we whipped cream as a spread (you can also use Paul's thickend cream) and topped one of the cakes with sliced strawberries, which made it look very quaint-ly old-school daiquari-like. For the second cake, I used a pineapple that I had received for Chinese New Year, chopped it up and cooked it with vanilla bean, into a pineapple jam which I spread on top of the cake. We served them over two dinner parties. Delicious! 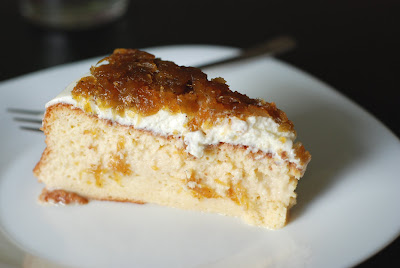 Method:
1. Preheat oven to 350oF. Generously butter a 13 x 9-inch baking dish. (I used two 9 inch diameter spring form cake pans)
2. Beat 3/4 cup sugar and the egg yolks until light and fluffy, about 5 minutes. Fold in the milk, vanilla, flour and baking powder.
3. Beat the egg whites to soft peaks, adding the cream of tartar after 20 seconds. Gradually add the remaining 1/4 cup sugar and continue beating until the whites are glossy and firm, but not dry. Gently fold the whites into the yolk mixture.
4. Pour this batter into the buttered baking dish.Bake the cake until it feels firm and an inserted toothpick comes out clean, about 30-45 minutes. Let the cake cool completely in baking dish. Pierce the cake all over with a fork, taking care to not tear it up.
5. Combine the evaporated milk, sweetened condensed milk, cream, vanilla and rum in a mixing bowl. Whisk until well blended. Pour the syrup over the cake, spooning the overflow back on top, until it is all absorbed. Store refrigerated, overnight.
Posted by Colin at 9:08 PM