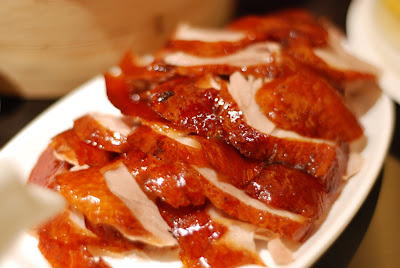 One of the new Chinese restaurants in town is the Imperial Treasuer Super Beijing Duck in Paragon. Their menu features the Beijing Kao Ya, or Beijing roasted duck, made famous in China's capital. I am a big fan of duck and make an effort to go for Kao Ya everytime I am in Beijing, so I was excited to see if this measured up. 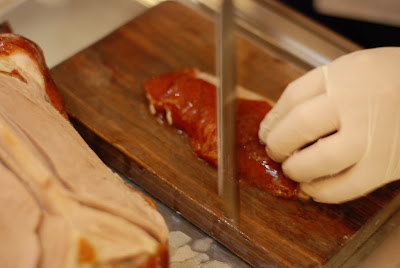 The short answer is that it does, the duck here is actually not as fat (which is a good thing I guess) and it's smaller but it does have a tender, sweet taste and is very well cooked and presented. It's not cheap though, costs about $68 a duck but I guess that doesn't deter anyone because we saw at least 20-30 ducks go by in the time we were there! I would estimate that the restaurant might do 200 ducks a day. 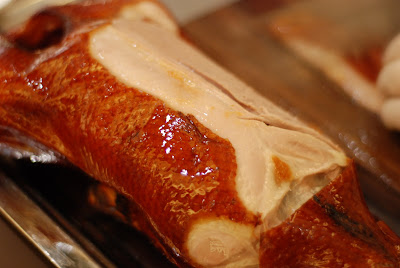 The chefs will bring the duck to your table and carve it up, then leave you with pieces of skin to eat with a dip of sugar and dark sauce and a platter of sliced duck to roll in the pancakes. If you don't choose to have the remainder meat cooked into a noodle, remember to ask for the carcass to bring home, makes for very good porridge or noodles. 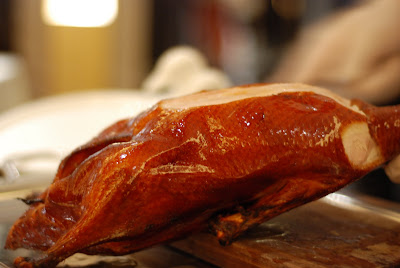 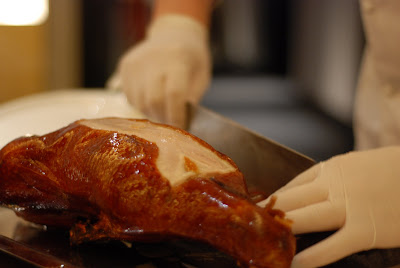 While the duck is the main focal point of the meal here, the other dishes are just as good, if not, I think, better. My favourites are the stir-fried shark's fin and crab with chicken consomme, which was a masterful combination of tastes and the slow-cooked egg white with a hint of truffle oil. 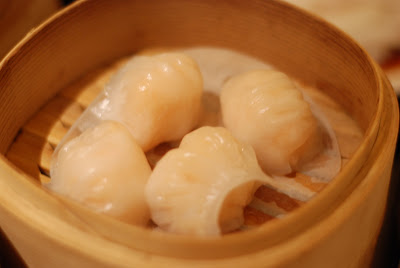 The first time we were here, we ordered dim sum and fried noodles, both of which were excellent. We had the works and ordered a full spread of Cantonese dim sum like char siew pastries and rice rolls, though nothing out of the ordinary. The dim sum was of an impressively fine quality and measured up to the usual, consistent Imperial Treasure/Crystal Jade standards. 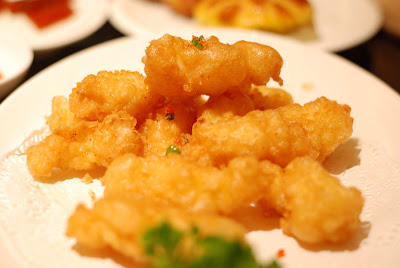 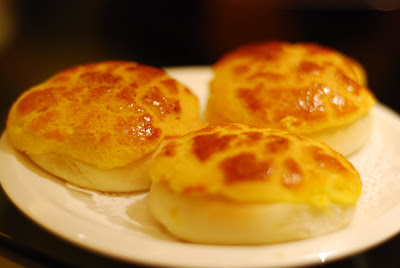 The second and third times, we had the more substantial dishes, which were all very good. The only thing I would avoid is probably the sauted large prawns or hard-shelled yabbies fried in egg yolk- I found them tough, overcooked and over-salted. Also, I'm sure they were pretty pricey. 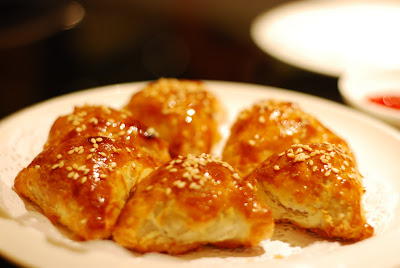 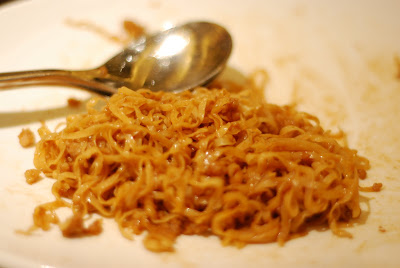 The restaurant is now so full, it can be hard to get a reservation but hopefully that will die down now that we are past Chinese New Year. They are clearly doing a brisk and affluent business and the managers told me that they had been receiving applications from staff from the Crystal Jade Golden Palace, also on the same 5th flor of Paragon. If you feel generous, or if you are fortunate enough to receive an invitation, you should definitely go!
Posted by Weylin at 3:01 PM

Have you tried the peking duck from Asia Grand Rest?

You are making me drool so bad! I will definitely be making a trip there for lunch next week.

Would like to invite you down for a food tasting session.

If you are interested, do drop me a mail at

Was this lunch or dinner?

MC: What sort of food tasting is this?

Ivan: my family was there for lunch, but my sister might subsequently have been there for dinner.