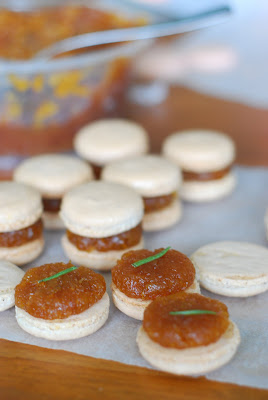 So many people ask me about the process of making macarons and before you walk away with a physcologically disturbed idea of the process, I should say that if I sounded a bit dark before, it's becuase I've had a Black Swan week, or month, really. 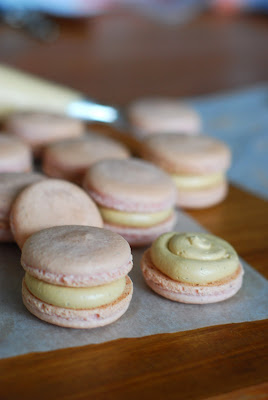 Macaron baking is a really beautiful and rewarding process, for which the delicious end-product is just icing on the cake. When done right, it's usually about morning sunshine and flowers in the kitchen. 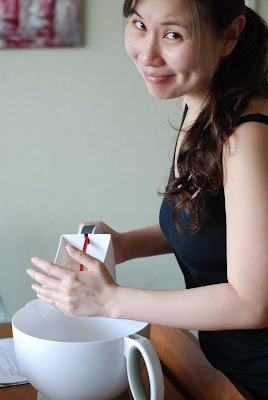 Just ask my macaron serf. I always tell people that macarons are not that hard but in truth, her job makes macaron making a cinch. She does a lovely job of sifting almond meal and icing sugar and look, she even smiles on demand! This is her best "i-get-paid-in-macarons-sad-look". From time to time, I have to replace my over-qualified and highly competent macaron serf, as in this case. L. has gone back to her day job as a hard-nosed, alpha corporate lawyer and is no longer available to sift my almond meal. I miss her. 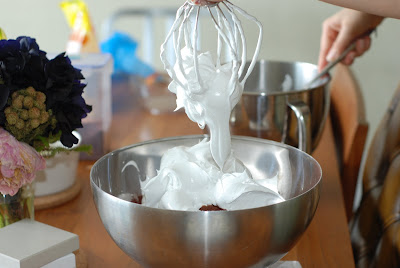 After you sift for what seems like hours, you mix up a beautiful meringue of egg white and sugar, fresh and cut through in its smooth, glossy thickness and do the hokey-pokey of macronage. That is, you stand at the table and do a dance while folding all the nut, meringue and sugar together. I'm serious about a little wiggle, it produces airier macarons. 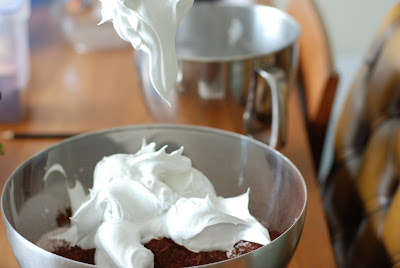 I snapped these pictures one Saturday morning because I thought they'd show that the process really is quite stress-free and relatively clean (although Z. gets major brownie points for living with me, my kitchen escapades do from time-to-time, spill over into the living room and migrate yes, even into the bedroom). Thanks to his help and tolerance, I usually have the privilege of listening to music or catching up with girlfriends while going about macaron-making. 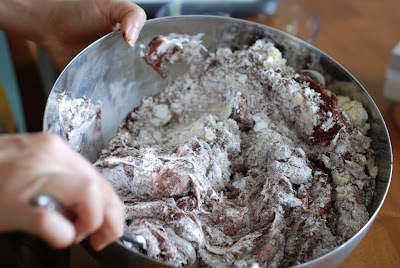 The best thing about it for me, as I hope these pictures also show, is how beautiful and tactile this process is. While some people find it tedious, I actually like that it takes as long as it does, it is very consuming and really gives you time to relax and think. 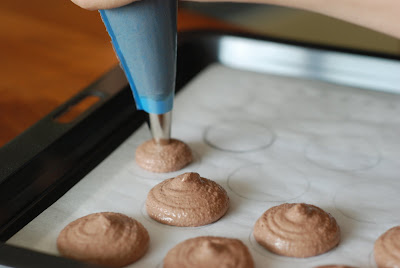 After the macronage, you gather your wits and piping bag and pipe rows of what are hopefully, beautiful, consistent and risen macarons, like so. I've had a lot of friends over for the odd session of baking and somehow, piping, whether it be macarons or cupcakes, always stumps everyone and it's probably because I interject with what I think are helpful, but are probably just overwhelming statements of advice. 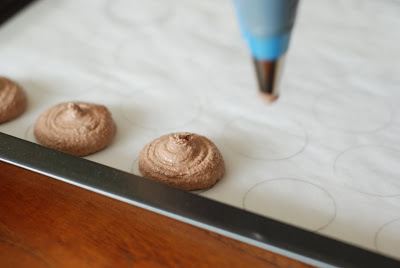 Like, place your hands over the bulge of the bag, not the twist-top! Squeeze down in a long, deliberate stream! Keep the piping tip parallel to the tray and keep the tip high enough to let the batter flow out like magma but low enough so that you have control over the spout and the speed. Stand over the tray while you pipe, so that you can see the pencil outlines of the round shapes. 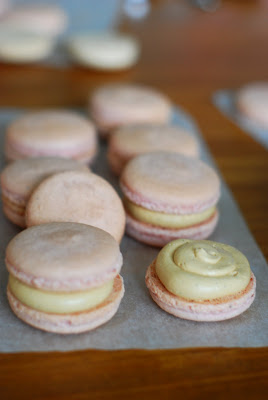 It sounds really complex, but I always think that if you played with your toothpaste as a kid, this is probably the most intrinsic and instinctive part of the process. Piping swiftly, evenly and confidently is the best feeling in the world. At some point, you will get to feeling like the world turns on a jazz tune and a tray of perfection. 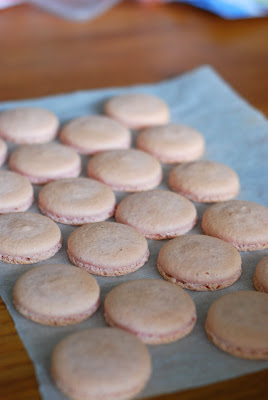 Macaron shells are very temperamental creatures, I find that they really suck energy from you so if you make them while in a calm but contemplative and unharried mood, they tend to take their bearing from the unrushed environment. These slightly deflated shells, for example, were the result of distractedly mixing the colouring gel into the beaten, rather than the raw egg white. 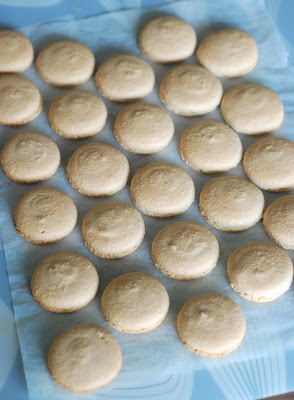 They are also very susceptible to oven temperatures, so 11 minutes at 170 degrees C, or 13 minutes at 160 degrees C, that's really something that you work out on a tray by tray basis and that's really the most frustrating (for me, at least but I'm not a scientist-type) part of the process. 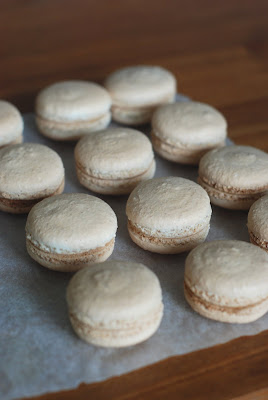 Then whisk them out to cool and to be matched. L. was a champion at this game, she would sit, limbering her fingers, like a diamond dealer in Antwerp and rapidly shuffle shells within a grid pattern, like a carbohydrate game of Puzzle Bubble until she had two identical strings of Cortillion candidates. 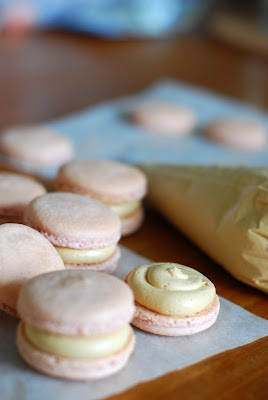 If I was making chocolate shells, they would then be piped with a fat snail of dark, pure Arugani chocolate ganache, or perhaps they would be flavoured and coloured (like the pastel pink shells), then filled with salted caramel buttercream and stacked high on a cake plate for a little girl's birthday tea party. 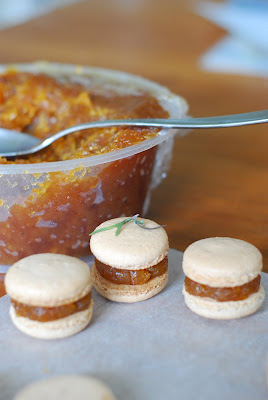 This past weekend, faced with a leftover mound of home-made pineapple jam, I fulfilled a long-held curiousity of mine and stewed some rosemary into the jam, then made the pineapple tart macarons that Macaron Mentor Karen had objected to. 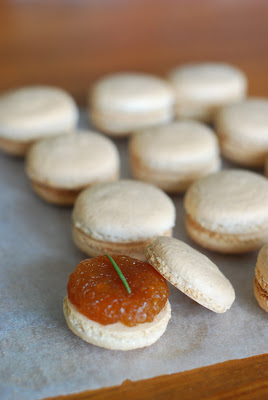 She was right, while still delicious and decidedly unique, they aren't entirely macaron-like. The chewy shells and jam have too similar a texture but the taste was good and they went down well, particularly with the older folk.
Posted by Weylin at 3:38 PM