Happily, it did not take too long for power to be restored in lower Manhattan, and we were able to move back downtown after a few days, hopefully without overly inconveniencing our generous and gracious hosts. 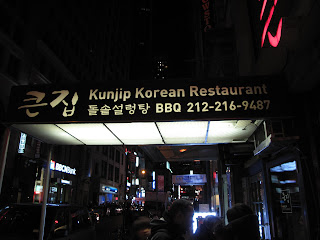 As many downtown businesses were still reeling from the aftermath of the storm, we decided to head up to K-town for dinner. Ethnic enclaves are nothing surprising when you come from a country with “Little India” or “Arab Street”, but in New York City it’s a different ballgame when it comes to Chinatown or K-town, with its door to door all-night cafes, restaurants, bars and nightspots. We eventually settled on Kunjip, a 24 hour restaurant specialising in Korean barbecue with a queue a mile long. 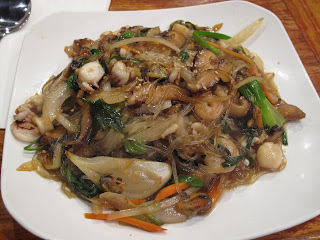 Service at Kunjip is nothing short of brusque and brisk. Our orders were taken while we were still in the line, we were shepherded to the back of the room while waiting for our seats, and by the time we sat down the food starting hitting the table with alarming rapidity, beginning with the Jap Che, or noodles fried with vegetables and seafood seasoned in soy sauce. Although they didn’t look like much, they were sumptuous – slippery glass noodles, crunchy carrot strips and bean sprouts, springy squid, prawns and mushrooms, sprinkled all over with lightly-toasted sesame seeds. 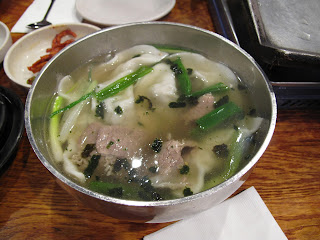 Given the cold weather, ordering the Duk Mandoo Guk, or sliced rice cake and Korean dumpling in beef broth, made sense, as the robust broth was irresistible, and the dumplings were quite tasty. 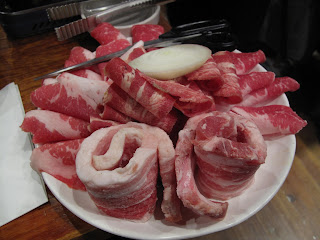 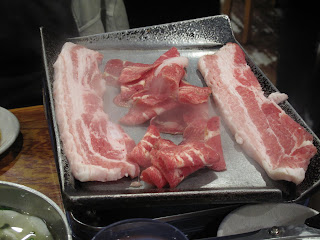 The barbecued meat, however, is what Kunjip is all about. Hunks of raw beef and pork smoking and sizzling on a hot plate, sputtering and spitting and emitting the most incredible aromas. It does create an awful mess and leaves you smelling like you’ve bathed in oil, but for the duration of the meal, you’ll be thankful that you’re not a vegetarian. We had the Gal Bi Gui (grilled boneless short ribs marinated in soy sauce) while our dining companions went full carnivore and ordered the “BBQ Combination” of Sang Sam Gyup Sal (grilled pork), Chadol Baeki (grilled beef brisket) and Hyu Mit Gui (grilled ox tongue).

Although the reviews of Kunjip are mixed (no surprises given the rush hour service), it is immensely popular, so it’s advisable to go either really early or really late to avoid the throngs – perhaps after a few glasses of shoju at one of the rowdy Korean bars nearby. 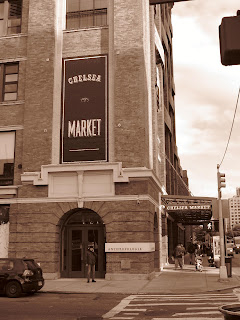 Of course New York City has the endless shops of Fifth Avenue, the glitz and glamour of Broadway, and the iconic visage of the Statue of Liberty, but, interestingly enough, some of the highest-rated attractions on TripAdvisor are the walking food tours around New York’s historic districts. 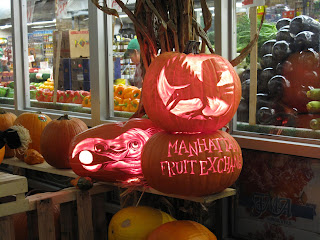 I signed up for a walking tour of Chelsea Market and the Meatpacking District purely on the basis of Chelsea Market’s reputation as a haven of artisanal food boutiques and gourmet eateries, but with a loquacious and knowledgeable guide leading the way, I was soon to discover that there was so much more to the history, appeal and fascination of the area than merely good food. 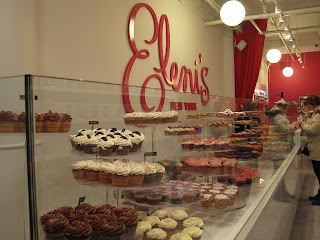 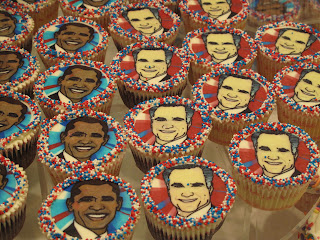 Not that there wasn’t good food to be had at every corner. Eleni’s, for instance, with their tiers of multi-coloured cupcakes (check out their Election Day cupcakes); Ronnybrook Farms, Manhattan Fruit Exchange (which, despite their name, sold much more than just fruit); The Lobster Place purveyors of sashimi-quality seafood; Sarabeth’s Bakery; Amy’s Bread; Chelsea Market Baskets (who put together beautiful gift hampers) and Jacques Torres, to name but a few. 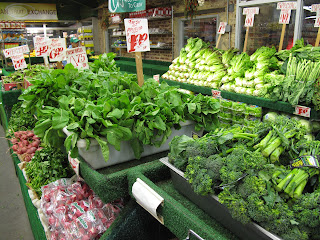 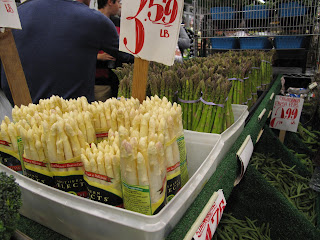 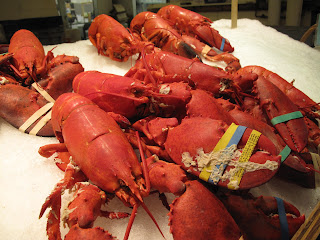 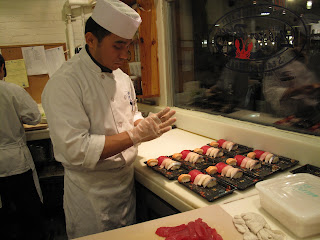 It’s easy to see why these walking tours of New York get such fantastic reviews. If you find yourself with an afternoon to spare and a yen for a slice of offbeat history together with a slice of apple pie, you could do a lot worse than this. Apart from Chelsea Market, Foods of New York Tours also offers walking tours of Chinatown, Greenwich Village and Nolita/Noho, while of course other walking tour providers may conduct tours in other parts of New York. 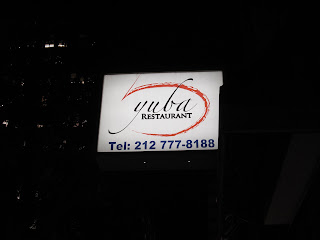 One of the best things about NYU’s Mercer Residences is their close proximity to really good food, a great deal of it flying under the radar. With a few quick Google and Yelp searches, we found ourselves at Yuba, a small, friendly Japanese restaurant run almost entirely, as far as we could tell, by Chinese people. 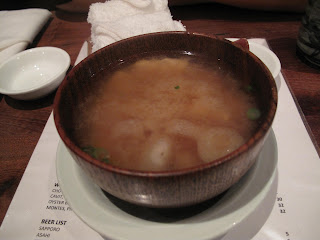 A hot bowl of miso soup is always a great way to start the meal, and it was interesting to note the distinctly Chinese influence by the addition of bamboo pith to the soup. 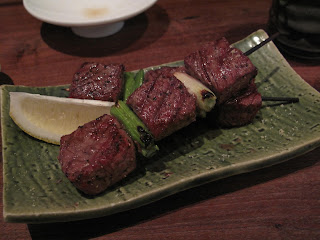 S did not care for a large meal, and so we started with an appetiser of grilled tenderloin cubes. With a drizzle of lemon juice over the beef cubes, this dish was simply bursting with juicy meatiness that the lemon juice accentuated. 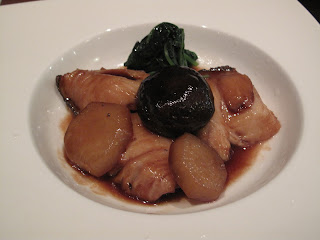 Kudos to the restaurant for candidly acknowledging that some of their offerings were not at their best, and that they had to throw out a large amount of ingredients as a result of the prolonged lack of power. We were assured, however, that our main course of grilled teriyaki black cod was at the height of its freshness, and sure enough the silky smooth flesh of the cod tasted wonderful paired with the teriyaki sauce and the braised daikon. Perfectly cooked, the fish fell apart readily when teased with a fork, its natural oiliness lending to its delicious taste and texture. 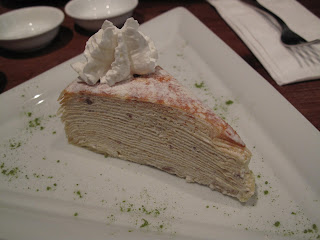 Unlike the main courses, desserts are not made in-house, but that didn’t prevent the hazelnut millefeuille from being a great, multi-layered confection of sweet, mild creaminess.

Don’t let Yuba’s slightly uncoordinated website put you off; it is a gem of a restaurant that is intimate and full of character, with great food at affordable prices, and heartfelt service (especially if you’re Chinese). It was a shame that it was not more crowded; either it has yet to be discovered by most of New York’s diners or everyone was still dealing with the massive post-Sandy clean-up effort.