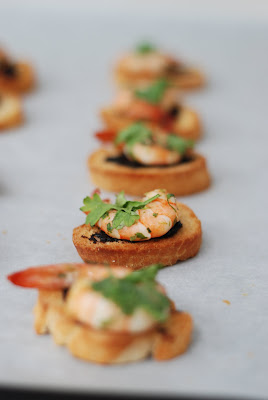 I have two wonderful Peranakan-inspired recipes to share. For those who haven't had a chance to come into contact with this beautiful culture and community, Peranakan Chinese and Baba-Nyonya are terms used for the descendants of late 15th and 16th-century Chinese immigrants to the Indonesian archipelago of Nusantara during the Colonial era. Nyonya is the term for the ladies and Baba for the gentlemen. It applies especially to the ethnic Chinese populations of the British Straits Settlements of Malaya and the Dutch-controlled island of Java and other locations, who have adopted to Nusantara customs to be somewhat assimilated into the local communities. Many were the elites of Singapore, more loyal to the British than to China. Most have lived for generations along the straits of Malacca and their culture and food has endured even after their specific language slowly disappeared. 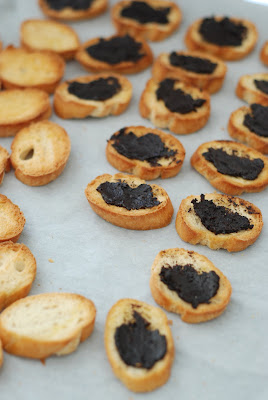 I learnt these recipes at a class which I signed up for quite by accident. I walked into Shermay's Kitchen one day and the overwhelming savoury smell of meat, stewed and lightened with the sharpness of coriander, hit my nose. I immediately signed up for the next class by the same instructress, which happened to be Ayam (Chicken) Buah Keluak and other recipes. What I didn't realize, is that this class was not your typical Peranakan cooking training, it was actually a modern take on the use of age-old ingredients and focused on starters and soups, used to complement, rather than cook a full Peranakan meal. I'm glad I didn't know, because I might not have signed up for it if I did and to be honest, the appetizers are so useful that I think they were perhaps more worth learning than the dishes themselves (which are a tedious amount of work and in Singapore, can be easily catered in). The teacher was Nicole Loh, a young private chef and while I've not replicated the exact recipes here, I think they are easy to interpret at home. 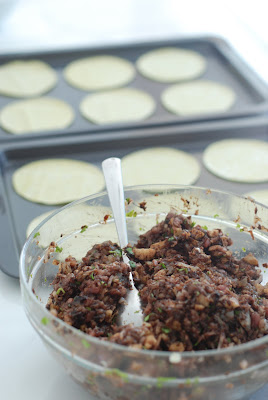 The Buak Keluak, or buak keras, as it is known in Malay, is a very curious nut, that looks more like a pod, or a monkey nut shell. It is black and hard, somewhat like a mussel or like a barnacle that grows on trees. It grows on a tall tree native to the mangrove swamps of Southeast Asia (Indonesia, Malaysia and Papua New Guinea). It produces a large poisonous fruit (the "football fruit") which can be made edible by fermentation. The tree requires many years to mature and the seeds are therefore most frequently harvested from wild trees, as it is not economically feasible to cultivate.Although poisonous to humans, the seeds of the tree form part of the natural diet of the babirusa! The seeds are first boiled and then buried in ash, banana leaves and earth for forty days,during which time, they turn from a creamy white colour to dark brown or black. The method relies on the fact that the hydrogen cyanide released by the boiling and fermentation is water soluble and easily washed out. 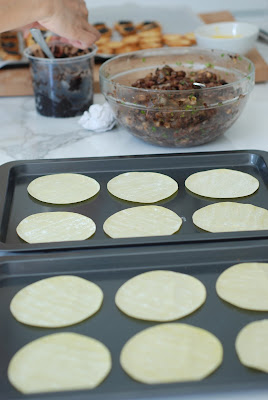 The flesh of this nut has a very distinctive taste when cooked, a little sour, a little bitter, but very full, rich and savoury. I can't say that I was an immediate convert and I still prefer the flavour it imparts to stews, then to eat the insides of the nut itself. But for those who were raised with it, this is an absolute delicacy and the preparation of is something of a thing of pride in households. When you buy the buah keluak, you still have to go through a tedious cleaning that involved soaking the nut for three days, slowly replacing and cleaning out the water (and mud), then cracking open the nut, removing the flesh, sieving it for any remnant shell, pounding it smooth with condiments and then stuffing it back into the nut, sometimes with a good measure of ground pork meat. And THEN, your nuts are ready for stewing. 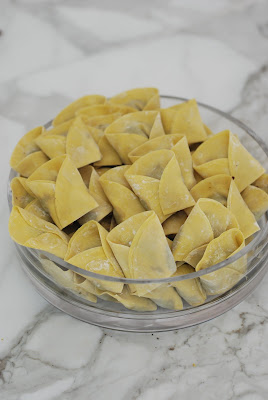 Or, you can be like me and buy your buak keluak flesh and empty shelled nuts, from a lovely old man at the local wet market. If you want to be thorough, you can still sieve the flesh and you should mix it through with salt, pepper and a little sugar for taste. Both these recipes call for a buak keluak tampenade, which is made by caramelizing red onions, sliced thinly, with a little oil and sugar until they are soft and sweet. Then the buah keluak flesh is added to the mixture and stirred together with some coconut milk (you can use Kaya brand santan). In the first recipe, I dried a baguette, sliced it thinly, toasted it and then spread the buah keluak on. I had marinated fresh prawns in a marinade of chopped garlic, shallots, fish sauce, lemongrass and kafir lime, you can either grill these on the bread, in the oven, or stir fry them, as I did. Sit them atop the bread and top with a coriander leaf. Serve warm as guests arrive. 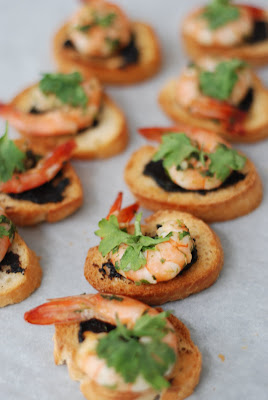 The second recipe is to mix the buah keluak flesh with minced pork, minced prawn, chopped water chestnuts and finely diced onion, then wrap small spoonfuls of these inside wanton skins and fold them into small money pockets. These are then deep-fried till crispy and served on a bed of lettuce. The first time I made these, I fried up way too much buah keluak, so I wound up with hundreds upon hundreds of wanton. I packed these in flat tupperware and froze them, they've come in really handy for quick and easy meals or dinner parties and I would encourage you to do the same if you are, like me, a procrastinator who's often short of time. 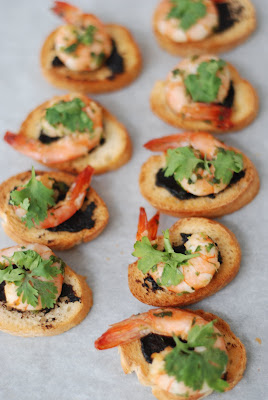 I know it's gratuitous but I put in some pictures of the actual dinner party that we held with these recipes (and the original Ayam Buah Keluak recipe that I'll post another time). The occasion was one of our old friends getting married and we held the dinner as a send-off to one of our last single girls. In a fit of aesthetic energy, I decided to lay the table with flower jam jars in her wedding style and decorate a lemon and raspberry cake as she wasn't planning to have a cake at the actual wedding. Enjoy! 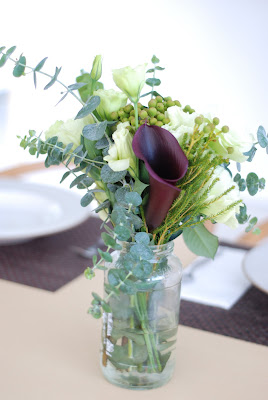 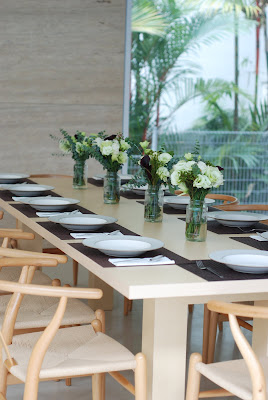 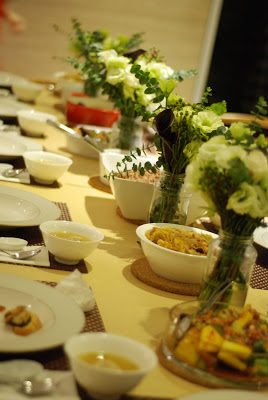 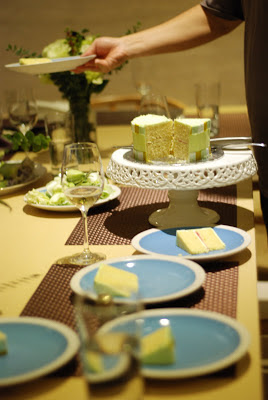 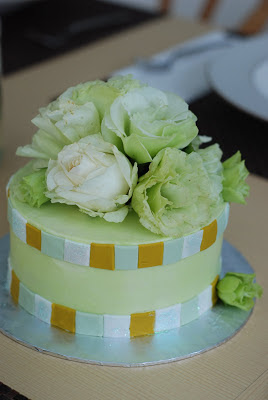 I chanced upon your blog and im so happy you made the recipes at home! I hope your guests loved them!

I chanced upon your blog and im so happy you made the recipes at home! I hope your guests loved the food! =)