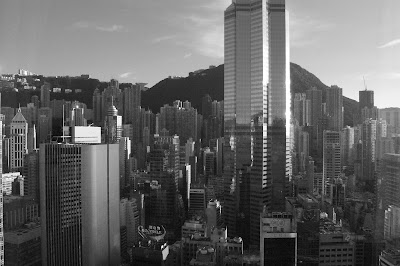 I wanted to post about Paris but I have a dear friend, S. going to HK in a bit and I wanted to show her what I had to eat while there, so here goes! Colin is in HK for work and I had to go there on a business trip, so my family decided to go the weekend before, for a short break.

We arrived so late and had a giant dinner waiting for us with some family friends, so we just went to the dumpling store that I'd posted on before here and then to the Chris Patten's egg tarts. The noodles and dumplings are so satisfying and the egg tarts are to die for, soft, supple and still runny inside. Near the egg tart store, where Lyndhurst meets the top of the Cochran Street, there is a brilliant local milk tea stall, you have to look Behind the regular street set-ups to the permernant shop in the back, which makes a mean Dong Nai Cha (cold milk tea), which we also had to tide us over till dinner, which was at a private eating club. There aren't a terrible number of photos from the first two dinners because it'd have been a bit rude. 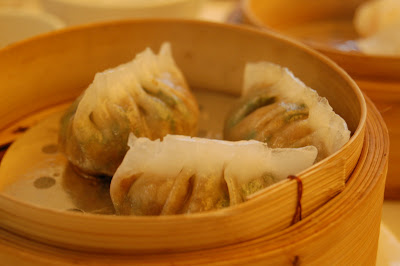 The second day, we went to Che's Teahouse for lunch. Che's is at 4/F The Broadway, 54-62 Lockhart Road, Wanchai, Tel 2528 1123. I've said it before and I'll say it again, Wanchai has a seedy reputation but it is the Best place in HK for Cantonese food. 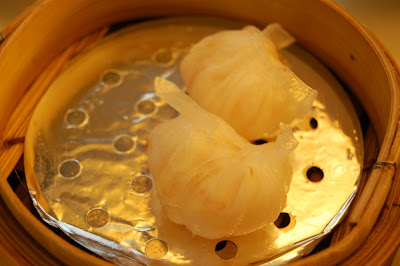 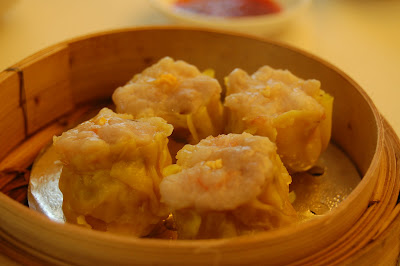 I'm a big fan of dim sum and we had all the usual suspects, like the crystal mushroom dumplings, siew mai and prawn (hao gao) dumplings pictured above. I had been here before with my mom and one of my friends and I felt that the previous time, the service and the food had been far superior. 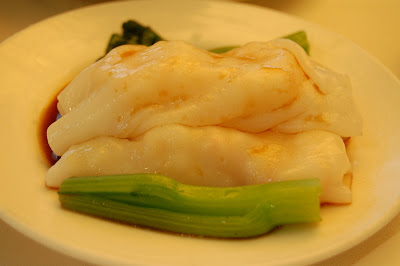 I guess the takeaway is, don't come at 11am on a Saturday as we did this time but 1pm on a Sunday, as we did the first time. If you do come, definitely try the spring rolls and the regular dimsum. 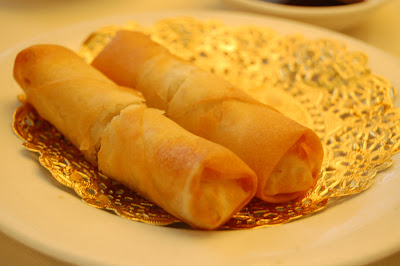 Also, you definitely have to book ahead as well, as it is very crowded and well-regarded. 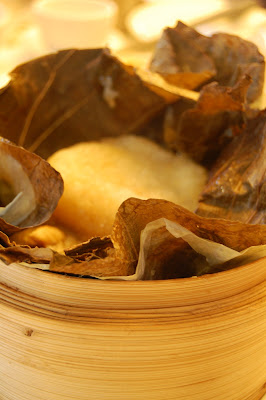 This is probably my favourite place to have dimsum in HK as the quality is fine and the price is not low but fair. 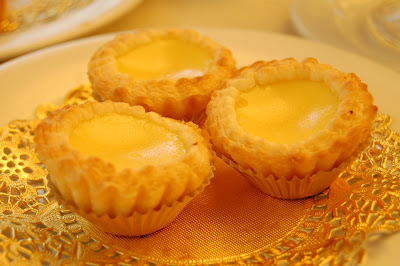 I generally find there's no need to go to a hotel to eat dim sum as it tends to be quite pricey, the other place that is good is Maxim's at the Harbour or else Star House at Tsim Sha Tsui. 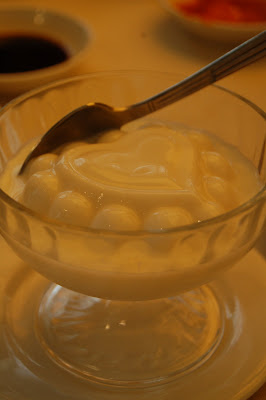 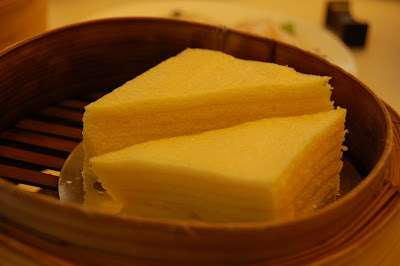 We had desserts as well, the usual Cantonese fare of coconut pudding, egg tarts and steamed custard layer tarts.

Then we took a trip down Lockhart Street, I couldn't resist as we were already just one MTR stop away from Causeway Bay and we went to my favourite place in HK, Yee Shun Milk Company. 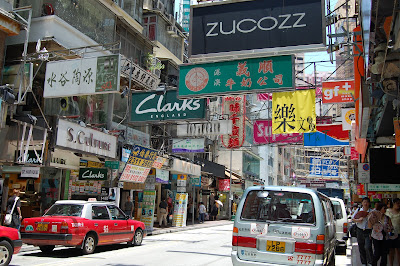 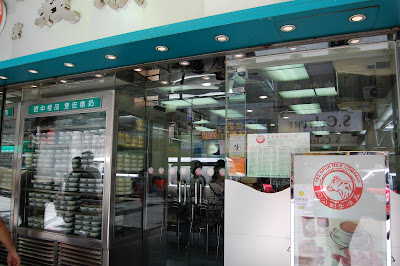 I blogged about it on my previous trip to HK but I just have to emphasize that it's so worth the trip! 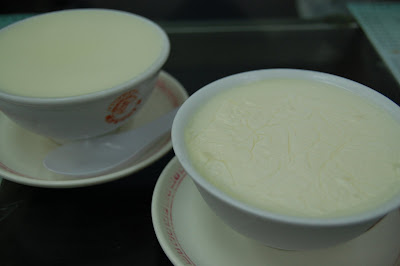 As a milk company, all they do is milk and custard desserts but boy, they do it well! This is my favourite "steamed milk pudding with two films". You seat yourself and ask for "dong siong pei nai" and they bring you the most refreshing, smoothest, creamiest milk pudding this side of the equator. The other items really worth trying are the papaya milk (if you're a papaya fan) and the steamed egg custard.
Posted by Weylin at 8:45 PM