You know the economy is doing well when not only new restaurants stop popping up, but old ones start opening new outlets in interesting locations.

Au Petit Salut is one of my favourite French restaurants, because they keep themselves reliable, both in terms of the quality of food and service. So it was with great keenness that I discovered that it would be opening a new outlet in Dempsey Road, adding to the cluster of FnB venues that are already making the location a great place to go after work or on weekends. 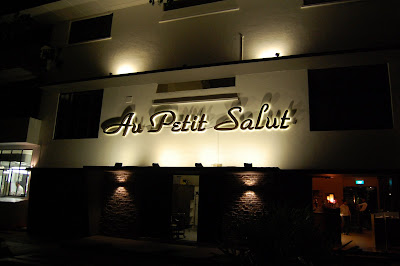 The new Au Petit Salut is perched on a hill, making it unmissable from the road, and the restaurant boasts a much more attractive al fresco dining area than its Chip Bee Garden outlet (which is now a bistro). 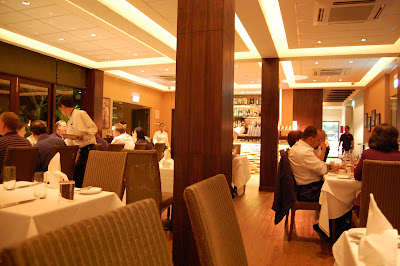 Nightfall is the best time to enjoy the restaurant though, as it shines like a beacon in the Dempsey darkness, with spotlights throwing the restaurant's stylised "Au Petit Salut" sign into starkly dramatic relief. The warmly lit interior is immediately welcoming, able to easily seat fifty or so people in air-conditioned comfort.

In terms of food, the restaurant has retained old crowd-pleasers like the escargots and onglet steak, while introducing new items like a Cote de Boeuf for two. It's a bit like watching your favourite comedian, and finding out that since the last time you heard him perform, he's acquired some new uproarious jokes. 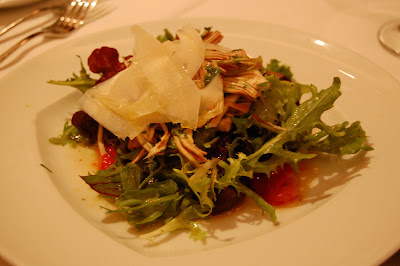 Salads remain a good bet; the chefs treat the leaves respectfully, allowing them to retain their crisp freshness and natural moisture. Dressings are never forced - instead they are kept light and piquant, while accompanying ingredients are used sparingly and sensibly, keeping you pleasantly refreshed. 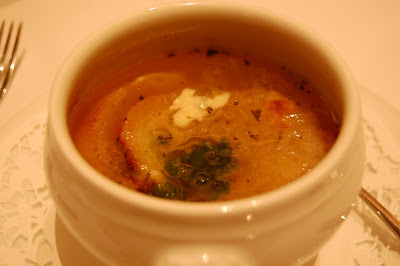 The French Onion Soup was fairly pedestrian, with only a smidgen of melted cheese floating rather morosely on the surface. French onion soup should be powerful - arresting, even - and in order to achieve that you need a strong base stock; something I felt this soup lacked. It was thin and meek, hardly satisfying. 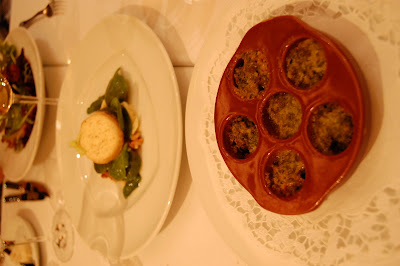 Escargots have been on the menu at Au Petit Salut for ages, and still come served with lots of garlic butter. I maintain that the AVA has some really misconceived rules about importing animals - the unavailability of fresh escargot being one of them. 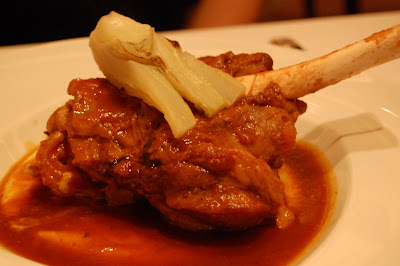 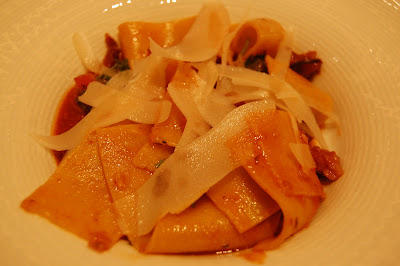 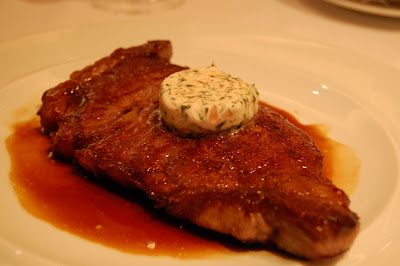 One of the old bugbears about the old menu was the relative infrequency of its updates. Well, that will probably no longer be a concern; the new menu features such offerings as braised lamb shank, new cuts of steak and also some pasta dishes for those who insist on ordering Italian food in a French restaurant. 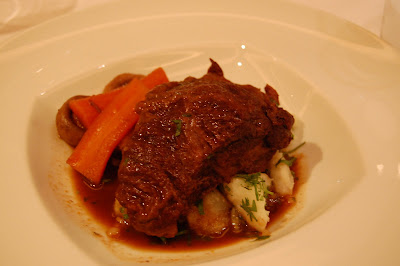 Au Petit Salut handles slow-cooking very well, and the braised beef cheeks were comfortingly tender, paired with a rich sauce and some root vegetables. It's probably safe to say that you're quite safe ordering meat dishes here. 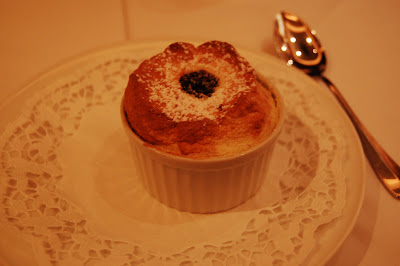 Unfortunately, it must be said that the standard of the desserts has fallen somewhat, like your favourite comedian forgetting one of the best punchlines. It was all the more disappointing since it came at the end of the meal, with nothing to make up for it. Ostensibly a Grand Marnier souffle, it was over-cooked and stodgy; nothing like the airy masterpieces the kitchen used to churn out on such a regular basis.

The new digs has come with a slightly more expensive menu, perhaps best encapsulated in the fact that the famed set lunch is now $28 (though it's still $22 at the bistro). Overall, the new Au Petit Salut is a valuable addition to Dempsey Road, paving the way to the establishment of more formal restaurants in the area.