Inagiku is a huge restaurant in the convenient location of City Hall, it has a teppanyaki grill, a sushi counter, a tempura bar and a really extensive menu. That being said, I'm not sure what Inagiku has otherwise got going for it because the prices are too high, the patrons are too old (and increasingly, too few) and the weekend parking at Raffles City is a monstrous nightmare given the carousel mass weddings that take place there. 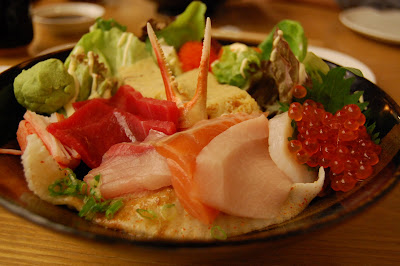 I have found one thing though and I was inspired by Mia's post about a good looking chirashi. Well, see now this is, I think a sexy looking chirashi. And least you think that was a fluke, another night when I went back, I was served this very racy looking number (check out that tuna, baby...). 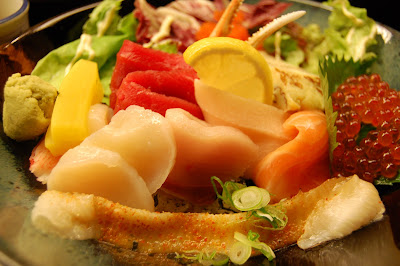 For all of you Feed at Raffles cardholders, I have a little surprise. This chirashi is one of the things I do go to Inagiku for and it is Great value. There are two kinds of chirashi, I believe this is the regular jou chirashi, there's also a super duper, toro, uni filled chef's chirashi but I usually find that a little overwhelming. This one is usually about $70 which means that if you go in a pair, each bowl is $35. 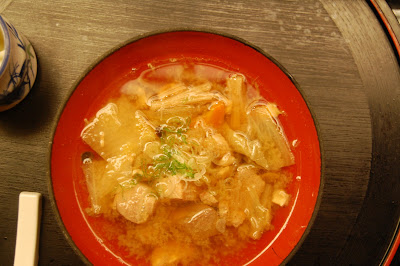 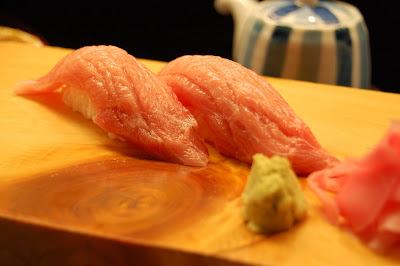 We also ordered some toro sushi and it was subtle but heavenly. I've been told the best day to come to Inagiku is Saturday at lunchtime, right after they receive their morning shipment of fish but definitely the right thing to come to Inagiku with is a good sashimi-appreciating friend and a Feed at Raffles card.
Posted by Weylin at 8:26 PM