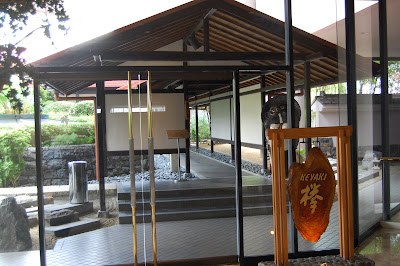 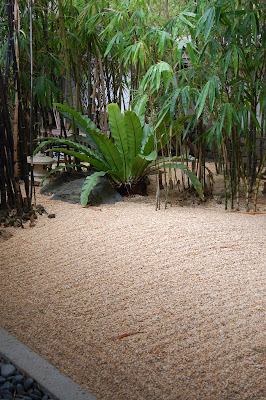 Anyway, accessible from a walkway on the 4th floor, the restaurant is designed as a 17th century Japanese farmhouse. You had to walk through a nice Japanese garden with koi ponds to get to the dining area and the whole thing is kinda lined with Japanese pebbles, rocks and bamboo. It's a nice oasis feeling, in the middle of the city. 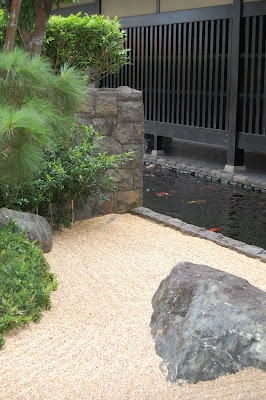 Also, the Keyaki in Singapore is apparently one of the oldest and most traditional institutions for Japanese food, especially Japanese beef and teppenyaki. The restaurant is decently sized, with different counters and a large-ish dining room. A good number of the patrons, on the occasions I went there, were Japanese, usually businessmen and some excitable housewives out for a ladies lunch. The restaurant is a little dark and old for my tastes.

The sets are fairly good and extensive though not all are cheap. I believe the cheaper sets are about $30-40 while the more expensive beef-centered ones can run about $90-140. I don't remember exactly what the service staff's reply was but I believe that the sets also apply to the weekend. 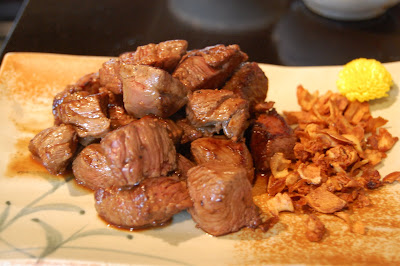 We were having a very simple lunch, so I ordered some sashimi, which was alright but not that spectacular and a plate of teppenyaki beef, which is their specialty. 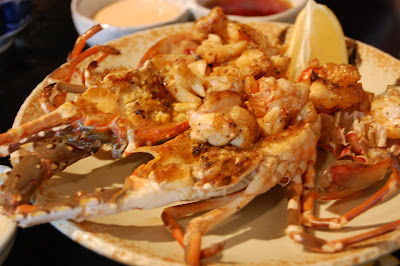 We also had some grilled lobster, very sweet and succulent and a small dish of vegetables. 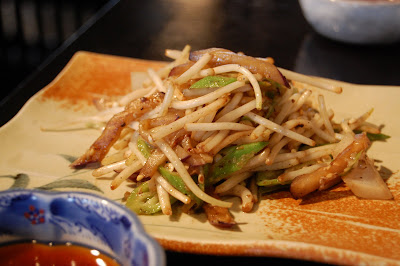 The dessert was the usual green tea ice cream with azuki beans but it was a very good, smooth yet flavourful ice cream.