The next couple days in Hong Kong were fairly uneventful and work-filled. Thanks to the blistering heat and then the blowsy air-conditioning in the hotel, Colin was starting to feel a bit ill, so we reverted to looking for comfort and soupy food. We had planned to go to Yung Kee for dinner but were defeated by the long lines and wanted to make it to a massage after the meal. 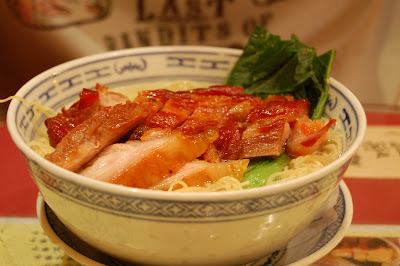 Given the time constraint, we trooped around the corner at Cochrane Street and came upon this restaurant that I've seen often and which my cousin has told me is a restaurant with live Snake. The restaurant is called Se Wong (or Snake King). 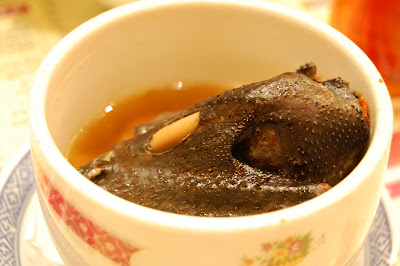 Well, desperate times so we went in anyway and luckily they had tons of soups. We tried to ascertain that we were ordering one without snake and also got two plates of char siew noodle. 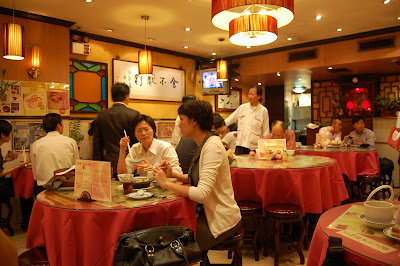 While distinctly a sub-par HK noodle, this was still superior to anything that the rest of Asia offers, so we were fairly happy and noted that there was nary a snake in sight (though the word snake, was all over the menu). 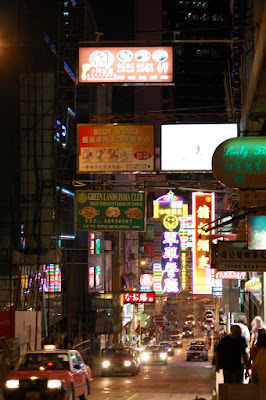 The next day, we did go back to Yung Kee and we finally got our meal of clear chicken, carrot and corn broth, roast goose, sweet and sour pork and vegetables. It was satisfyingly solid, Yung Kee is such a pain to queue for but it's hardly a disappointment. 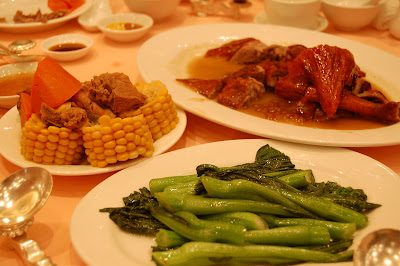 After dinner, my brother and I had a little time and I'd be leaving Hong Kong the next day. We decided to go get some dessert and because my beloved shuang pi nai (steamed milk pudding with two films, I love that name!) was way out in Causeway Bay, we decided to stay in expat Central and go to Honeymoon Dessert in Sheung Wan. 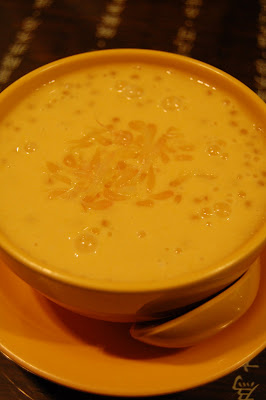 There used to be a Honeymoon Dessert smack in Central near Lan Kwai Fong, in Entertainment Building, but it didn't seem very popular and now the only Central-esque branch that remains is in Sheung Wan, near the Shun Tak ferry terminal to Macau. You can take a cab there or just walk all the way down Hollywood Road toward the kitschy Western Market building. 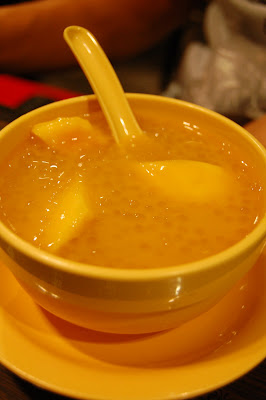 The Western Market building is very interesting, it was built to house greater things but today, it just has a lot of strange make-shift textiles shops, dessert huts and on the top floor, some KTV that streams live 'music' from their patrons through the whole building. 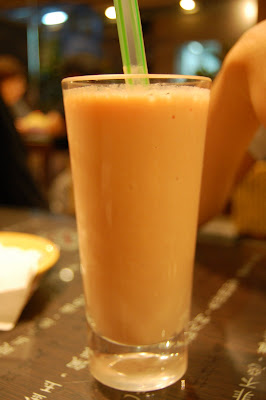 The highlight of Honeymoon is the sago desserts, of which there are a huge variety. Pretty much you can get any kind of fruit with sago and any combination of those and other HK desserts, like soyabean, black bean, sesame, papaya and fungus. My favourite is their mango pomelo sago and they have this awesome hot dessert, which is a baked taro with sage. It sounds dense but it's really yummy. I also quite like the papaya shake, though not as good as at Yee Shun. 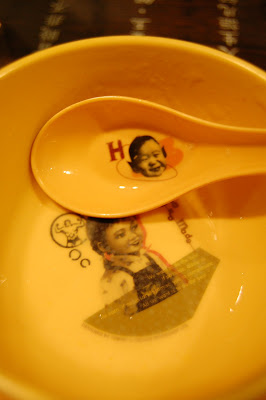 One quirky thing that I like a lot about this place is the melamite bowls and plates that they have. The cheery yellow plates are inscribed with the corniest pictures and wordings, all disturbingly featuring children. For example their plates have this little girl dreaming of a muscle man and the captions are typically Japanese lost in translation. Apparently the guy who makes them takes classic propaganda motifs of Communist-era children and mixes them with captions off Japanese stationary. I've tried to buy the crockery off the owners but they refuse to do a private order. I thought it'd be hilarious to use it at home, with every scoop, the baby on the spoon laughs up at you through your dessert. 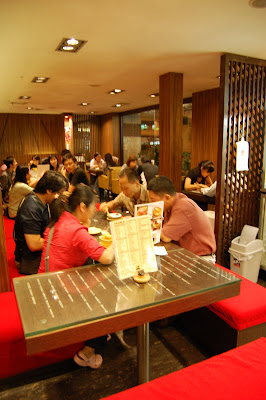 Honeymoon is a chain and is also available in Shanghai. I think there are obviously some great local dessert huts and I have a few favourites but I think this shop, being one of their largest, is consistent, convenient and clean. Definitely worth a dessert stop if you're still hungry!