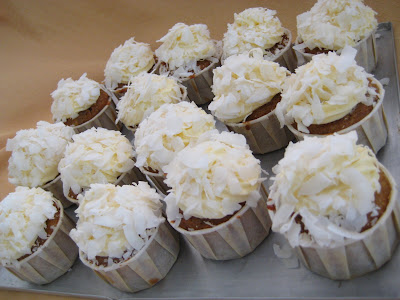 This weekend, I was determined to get down to a spot of baking. For some reason, I was craving walnut and carrot, so I thought I'd make carrot cake cupcakes.

I was also determined to focus on one baking project, far too often, I spread myself too thin and try to speed through things, only to wind up frustrated with projects and recipes that don't turn out as they should.

This time, I readied and chopped all my ingredients 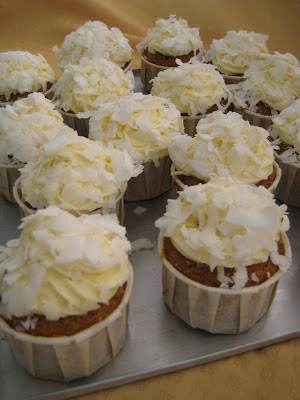 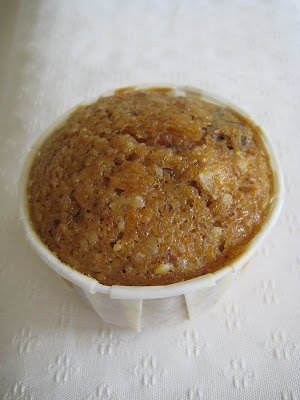 I was cheered to find that the recipe called for buttermilk, to me, that is the best way to ensure a moist and rich cake. I was even more pleased to realize that this cake doesn't need any use of a cake mixer. (I love my KitchenAid but I don't love cleaning it!) 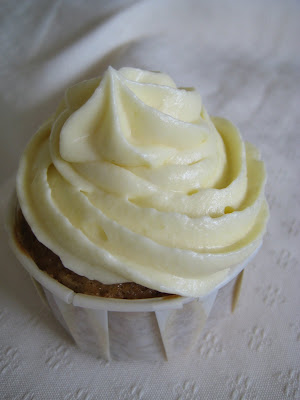 The alterations I made were that I used grapeseed oil instead of vegetable oil (healthier and no yucky chinese oil taste), I decreased the amount of sugar to 1 cup (in the end, I felt I could have cut it way down to 1/2 cup or less becuase of the natural sugars from the carrot) and left out the can of crushed pineapple, I poured in 3/4 a cup of pumpkin filling and brandy, which works better for me. 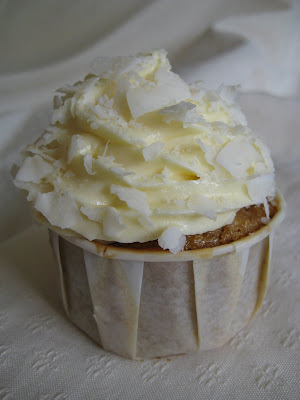 I even went on a rampage and made the cream cheese frosting, which is basically the following creamed together. (You can throw in a handful of walnuts if desired). I had attended a party in the US where the host had cleverly dipped the cream cheese frosting into flaked coconut to make pretty snowy cupcakes. So I decided to do that but I'd long ago realized that flaked coconut is hard to come by in Singapore, the only place that I regularly see it now being at Jason's in Orchard Towers. 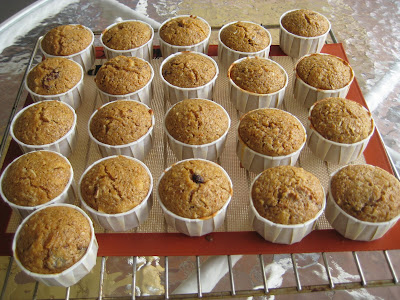 How far would you go in the pursuit of perfection? Apparently I'd go at least 20 minutes, since I drove down to get myself a bag of coconut strips. And as frustrating as baking can sometimes be, when you look in the oven and see perfectly risen cupcakes, just fluffy and brimming to the exact level of pipe-ability, it is a great feeling of satisfaction!
Posted by Weylin at 4:28 PM