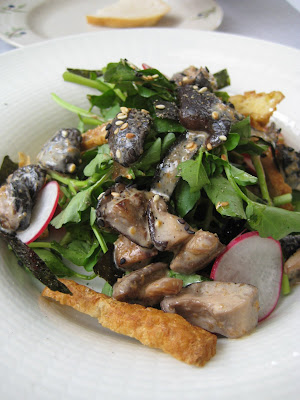 I'm back! I could say that I was tied up in travelling and cooking but the reality is I was just disillusioned and uninspired by food that I have been eating recently, especially in Singapore. It was like not eating.

I don't know if you go through those phases? 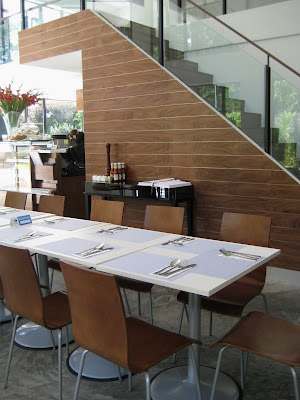 Finally though, I've visited some restaurants worth blogging about and I'm really excited to share these next few with you. Tinhill I found, just down the road from where I stay. 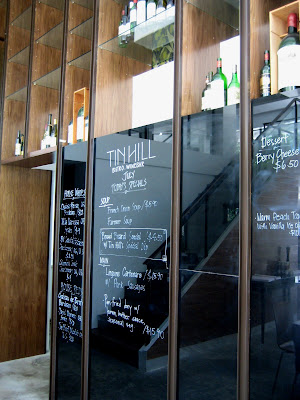 Although to be fair, I can't say I really found it. I had known for the longest time that it was being constructed, as the owner-chef is a friend, Jaime. I'd watched with interest the demolition of the corner unit at the junction of Sixth Avenue and Bukit Timah Road, which used to be Pulau Ubin Seafood. 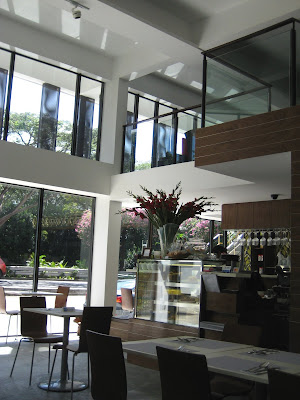 The restaurant is the result of a decade-long dream that Jaime has had since college days and her time at New York’s Institute of Culinary Education. I should also mention that the restaurant itself, is an absolute joy to be in, especially during the day. 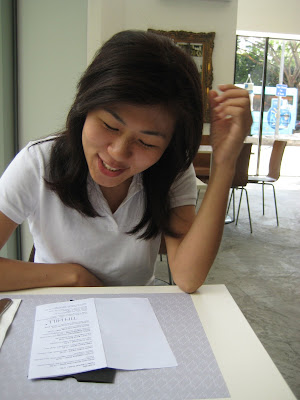 I persuaded my cousin C. (oh, she's going to kill me when she discovers her picture here) to come here for brunch. Jaime said that she envisioned a lantern, a corner beacon, as it were but she also wanted something that would be, from the wood panelling, to the wallpaper and the displays, simple. 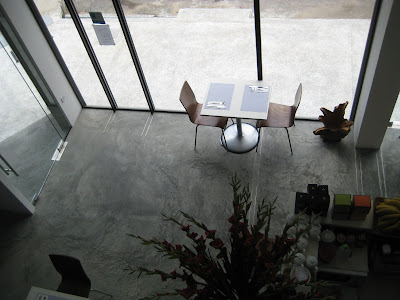 The place is simple and beautiful, thankfully, it's standout maturity of design strips away at the sickening and trite imitation and overdone hokeyness that characterises all these new chain 'lifestyle' eating and furniture places opened by every 20-something millionairess-turned-entreprenuer. *Yes, yuppie, don't pretend you don't know what I'm talking about..smile* 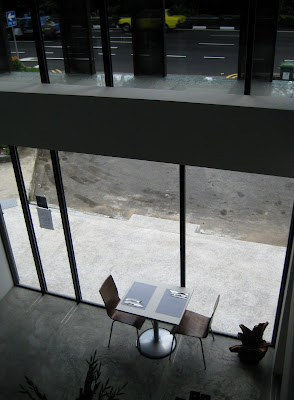 The design was done by WOHA architects and it is, in its use of metallic post and peforated sheet structures, wording (the wording of TinHill), the use of lines, typically WOHA. Stepping back and all around, it is a very clever tribute to the double-barreled height and structure of the site, as well as the split-level nature, noise and light of the busy Bukit Timah road. The name itself is taken from the literal translation of 'Bukit Timah'. 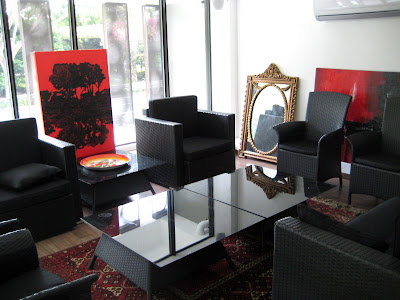 The architecture, though gratifying, should also be a complement to the food and here, its honesty is reflected in Jaime's bistro food. Her food concept is clean tastes, modern Asian-Western lightness and convenience and a focus on quality ingredients and healthy choices. I liked it very much. 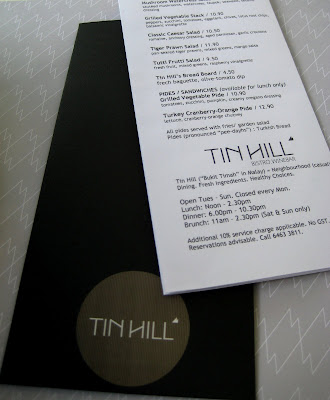 We racked up quite a lot of food, starting with some bread with the house dip, which tastes like a mixture of olives, tomato, anchovies and herbs. It was very good for a lunch but I feel like at dinnertime, I'd prefer a toasted bread. 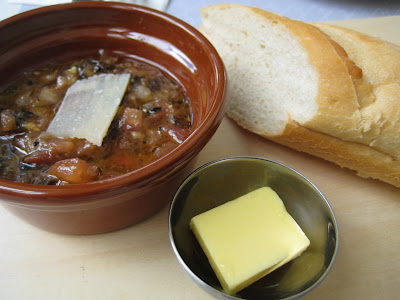 Then we had the mushroom watercress salad pictured above, which was excellent, it had slices of radish, crispy taupok, sauteed shitake and seaweed, drizzled with a sesame sauce that cut through the slight bitterness of the watercress. It was balanced and well executed. 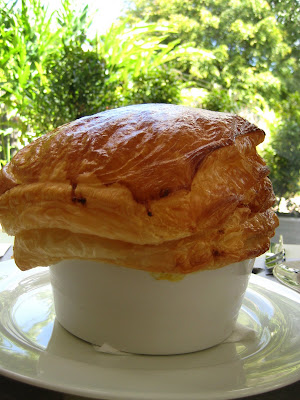 For our main, we ordered the boullaibaise with red snapper and vegetables, topped with puff pastry. I'm a sucker for puff pastry so maybe it was preaching to the converted, but the pastry itself was quite masterful (yes, I've sampled an embarassing lot of puff pastry). The crispy, risen layer was high and thick and the lower layers were crusty and ready to be soaked in the sauce. 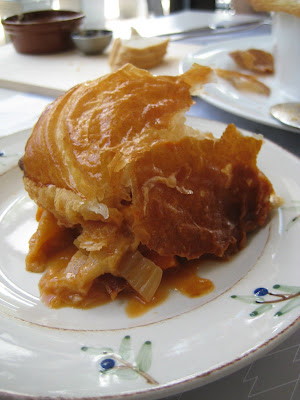 I felt the sauce itself could have been a bit thicker (richer) and spicier, given the airiness of the pastry but the ingredients tasted great together and as a whole it was dead comforting. 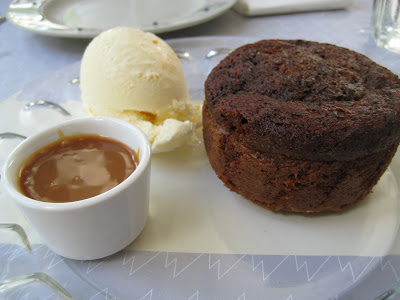 We'd decided on the sticky toffee date pudding for dessert and Jaime brought over a fresh nutella cupcake which we had to take home, we were so full. 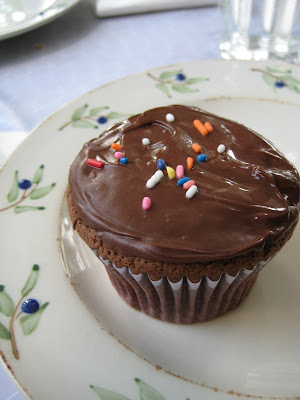 The sticky date pudding could have been more aerated and lighter but I'm picking bones here. The meal was very good, the mains aren't expensive ($18-25 and less for the daytime sandwiches), the appetizers and the desserts are the same price at $10.90 which to my mind, does make the appetizers much more worthwhile. 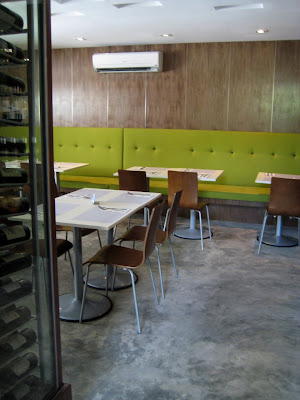 The service (of which there seems to be an oversupply of wait staff) is a little anxious but very sweet and friendly. This probably extends from Jaime's own warm nature and amongst the restaurants I visited in the last few weeks, they stood out as the more accomodating and definitely the most smiley. There will be a full mezzanine level to come, complete with a tasteful lounge and library area.

Let's hope this is all Corderoy and Finch was not. Make a reservation and take your family or a loved one. I'm only bemused that apparently this is winebar, located in a place that you really have to drive to but knowing Jaime, the wines will be well-chosen and rare. I'm glad this bistro is in my Tinhill neighbourhood!