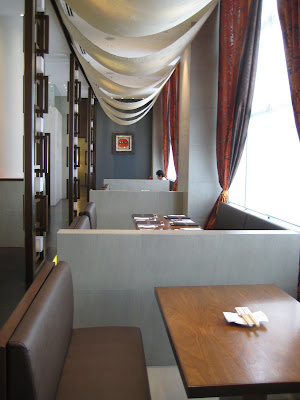 I actually went to this place twice. I went the first time with my parents for lunch and I went the second time, becuase I had forgotten that I'd ever been the first time. Not a good sign, no? 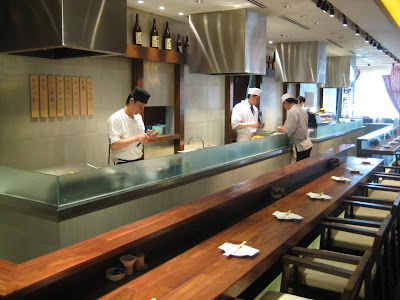 This place was apparently opened by some hot restaurant entreprenuer. Or was it the owner of Sakae Sushi? Same, same! It's meant to be a tonkatsu and tempura place but honestly, I prefer the other options on this island, like Tampopo or Tenshin. 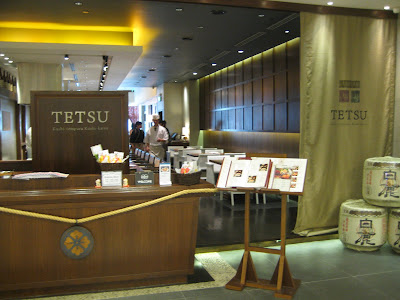 Part of the problem I guess is the name, I mean, talk about generic. Tetsu, is about as supermarket-mall Japanese restaurant-ey as you can get, isn't it? Then, the prices. Not exactly cheap, with a $32 Salmon Sashimi and Ikura Don. Botan has much more for their $17 offering. Their sushi rolls are also a full $10 each. 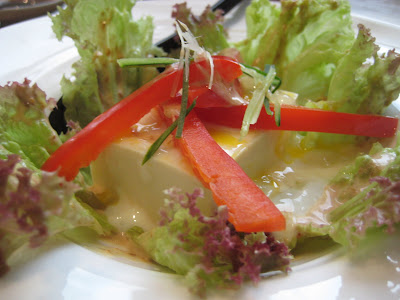 Then the decor, which is A+ for Boring. Rice caskets with ropes wrapped around them, dark slate walls, damask curtains, sushi boys with white peaked caps and dark wooden laminate floors, reminds me of Raikuchi in Dempsey. 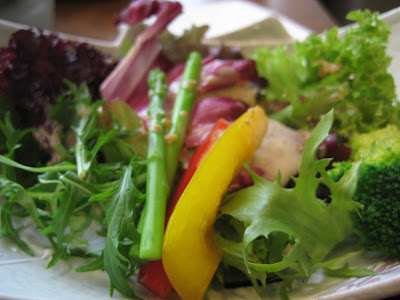 What of the food? Well, the resturant was empty both times when we entered but started to fill up toward the middle of lunch and dinner time. The free appetizer was a piece of cold tofu drizzled with ginger sesame sauce and sitting on a bed of lettuce. Then, we ordered two starters, one was the agedashi tofu, which was deadly anaemic. I was not very happy at this point of time. I hate agedashi tofu that doesn't even look toasted. 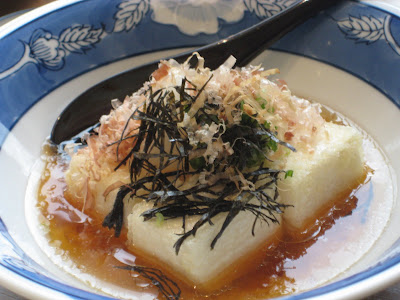 Then the second starter, which they suggested should be an aburi swordfish. Not a good idea as the fish was cold and chewy. The salad that came with the dishes was rife with capsicum, another strike-out in personal tastes for me. 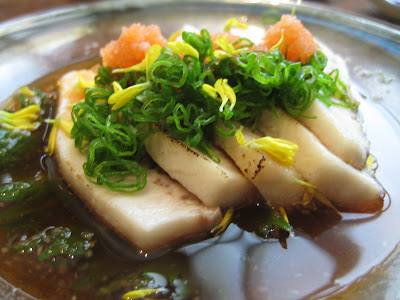 My lunch was the salmon and ikura rice bowl. There was more in it before I started, but not that much more. My companion had a tempura set and the second time I had just spider rolls and tonkatsu. 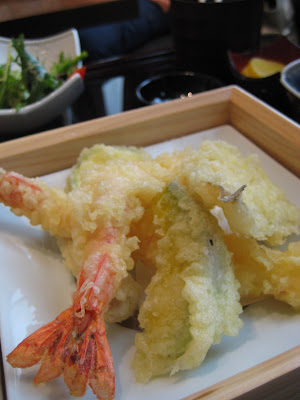 The tonkatsu was alright, fairly, almost overly crispy if a bit dense but it was more expensive than Tom Tom and Tampopo and arguably not as juicy. The spider rolls were surprisingly good. 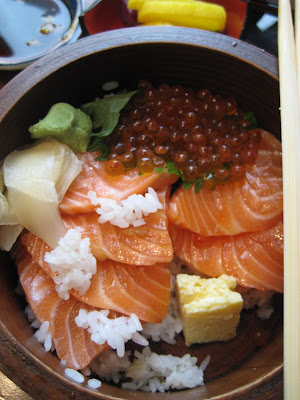 If you look up other reviews, i think Mia and some others have had better experiences with more fried, kushiage-type courses, so perhaps that would be a good way to go. To me, it was all very pedestrain and rather like a poor meal experience at Akashi. Strange how this mall in particular seems to have a dearth of good food. I think it might be because usually the larger malls are the ones more able to sustain high traffic and large, consistent restaurants.