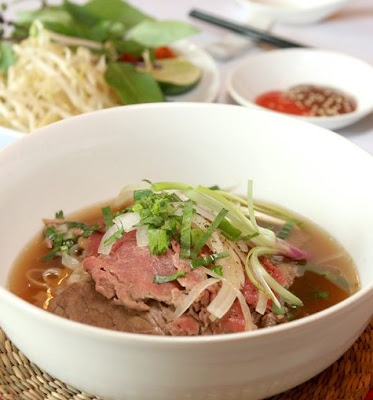 I often wonder how personal a story one should tell on a blog. Not that this particular story is particularly personal...or is it? It's rather funny (I think at least) and hopefully I don't get into more trouble than I already have for it.

When I was in university, I used to drive what in nostalgic reflection, can only be called a rather obnoxious car. Full of sound and fury, but with disgraceful mileage. In any case, the car was a bit of a police-magnet and I swear it wasn't me.

One late night, while screeching to our favourite pho place (my roommate had, with her usual arbitrary estimate of time, told me it would take 10 minutes to complete a 20 minute drive to a shop that closed at 2am sharp), we were ambushed by a police car and told that we'd done 60 miles on a 20 mile road. 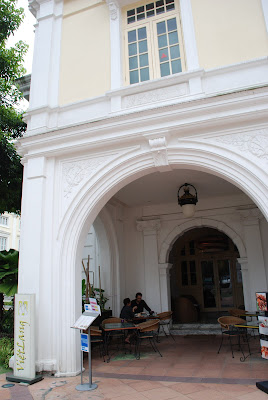 I began my usual explanation of "no officer, surely not speeding", "responsible student" and "was I really going that fast". Then, I don't know what made me do it but I bawled, "but I'm so HUUUUUNNNGreeeee and I've studied ALL DAY!" and in a slightly sadder voice continued, "and this place closes at 2am...and I've had nothing to eat and exams tomorrow".

Staring directly into his eyes, I solemnly appealed, "Don't you have children?"

The car was very silent. Later, my roommate told me that in the dark, she was pinching her own calves to stop herself from bursting with laughter. She also claims that the real reason I avoided a ticket was because I'd bent over the car trunk in my Old Navy shorts, to "retrieve my wallet and driver's license". 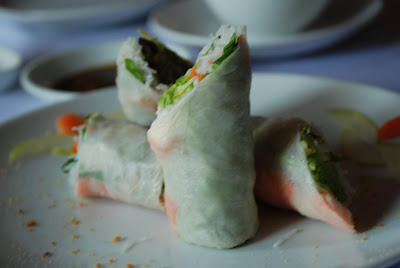 She's just bitter. We got our pho in the end, that night and almost weekly while we were in the Bay Area and that's only part of the distance we'd go for good pho. So going to this restaurant, Viet Lang, near the Asian Civilizations Musuem, was nowhere that far but disappointingly, it confirmed my notion that I can't find out-of-this-world pho while in-this-little-island.

I've resorted to making it myself, as shown in previous posts (Search pho in the blog) and I like that a lot. But I'd also like to find a pho place that doesn't give me a massive MSG headache two hours later like this one did. The weird thing in Singapore, is that people don't seem to notice when the quality of Vietnamese food is bad- or is that just my impression? 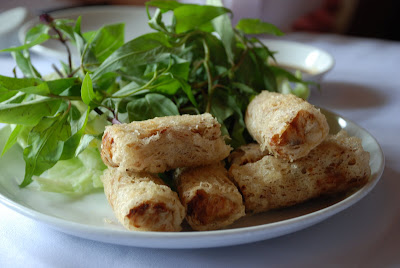 The appetizers we had were promising, a plate of rice paper rolls and a plate of very crispy and pretty satisfying fried spring rolls. The beef pho bowls were not bad looking either, although the beef was a bit skimpy and tough. But the proof is in the stock I think (or rather, the MSG is in the stock) and so a few hours later, I was feeling a bit sick and sick of the lack of solid Vietnamese restaurants here.