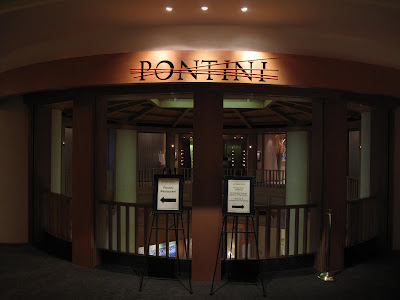 From one Italian hotel restaurant to another, I was recently treated to a meal at Pontini, the flagship restaurant of the Grand Copthorne Waterfront Hotel, by my generous cousins W and K, as it was my birthday and they had not seen me in a while. 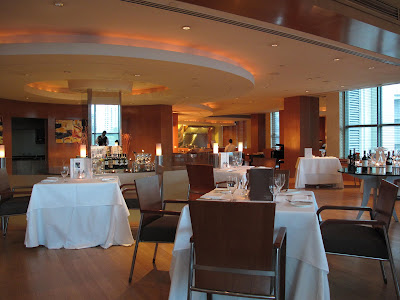 The restaurant is quite a lovely, spacious affair, with fairly magnificent views across the Singapore river, and a live pianist to boot. Parking is also a breeze, and the restaurant is generous in its dispensations of complimentary parking tickets. You shouldn't have too much difficulty reaching the restaurant after work, especially if you work in the Central Business District, though you might bump into the rabid Zouk crowd if you linger too long over dinner. 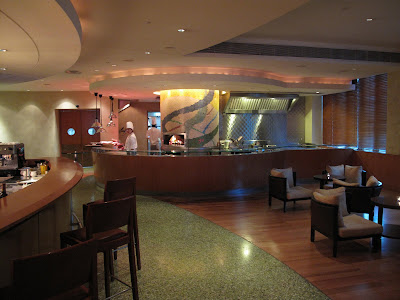 Pontini also has a dedicated pizza oven, which is gas-fired, but they compensate by burning a few sticks of wood in the oven, which makes a big difference to the taste of their pizzas, as they emerge with a wonderful smokey aroma. 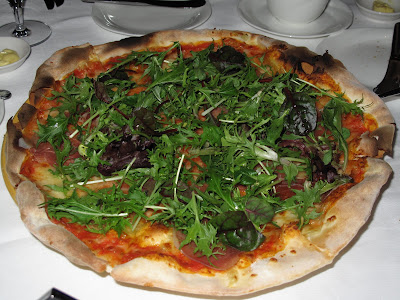 I was a bit dismayed however, when, as we placed our order for a pizza with parma ham and arugula, the restaurant told us that they had run out of arugula leaves. The only thing worse than an Italian restaurant with no arugula is a French restaurant with no butter, but thankfully the damage was mitigated when the restaurant suggested replacing the arugula on the pizza with mixed salad leaves. Not a perfect solution, but better than having no pizza at all, I suppose. Apart from that, the pizza was delectable, boasting a remarkably thin crust which was crispy, and not too moist. 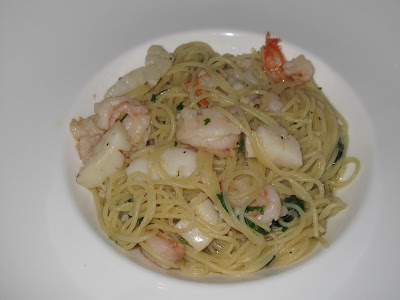 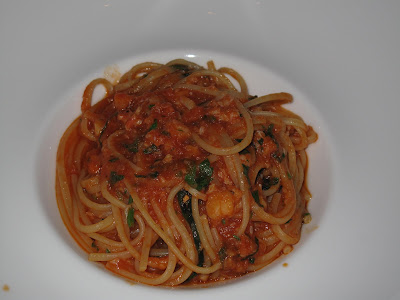 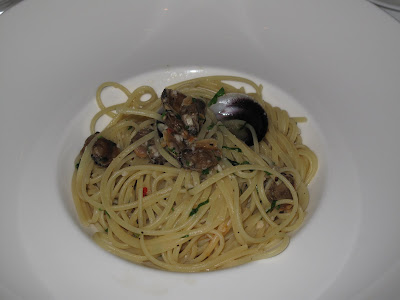 Pontini's pastas are not very large affairs, which is a good thing for those of us with small appetites induced by a persistent influenza bug. The vongole I thought a bit too salty, but the other pasta dishes looked pretty good. 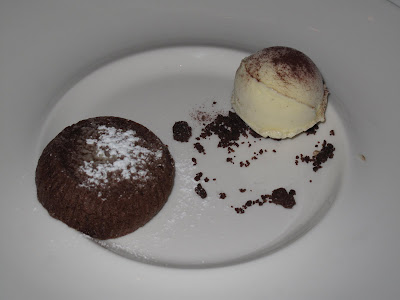 Moving on to desserts, the molten chocolate cake is warm and oozing with melted chocolate, but not so rich and viscous that you feel ill after eating it, which is sometimes the case with cakes that are too dense and dark. 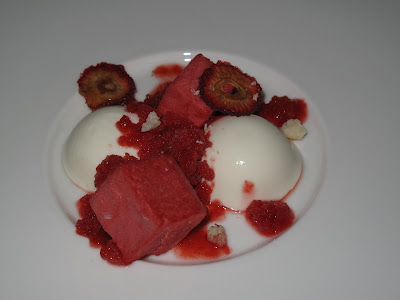 The panna cotta, however, is rather bizarre: it comes as two hemispheres of firm (perhaps too firm) cream, surrounded with dehydrated wild strawberries and watermelon sorbet. Although red on white is a natural colour contrast, the texture of the dehydrated fruits was not complementary - they felt somewhat leathery and worn out - and the pairing of watermelon with cream is not a natural flavour combination. 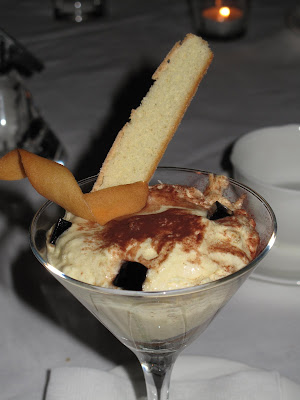 Thankfully, the meal ended on a high note, as the tiramisu was both delectable and inventive. The cream was pillowy, and not rigid, while the sponge fingers moist, but not soggy. Creatively, instead of soaking the sponge fingers in coffee, and allowing that to percolate through the cream, cubes of espresso jelly were added instead, which ensured that the tiramisu retained the requisite caffeinated kick, but without upsetting the overall moisture content.

What distinguishes Pontini from other Italian-themed hotel restaurants like Basilico or Prego? For one thing, the pizzas at Pontini are outstandingly thin, and that crusty smokiness will be sure to make your mouth water. In addition, because Pontini does not, unlike Prego, attempt to cater to enormous crowds, you will find the ambience here pleasant and soothing, and the waitstaff are, by and large, not harried or frazzled. Even if the rest of the food is not always consistent, these qualities alone would make Pontini worthy of serious consideration if you are looking for a slightly more upmarket lunch venue, or a romantic dinner spot.