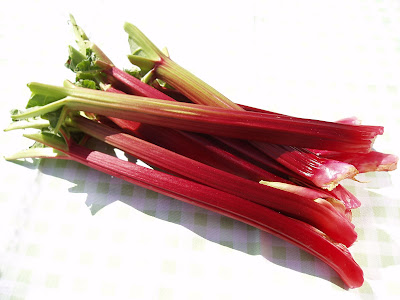 It's been a busy winter travel season- just last week, I glanced at my passport and was shocked to realize how many countries I had traversed in the last few months and what good use I had made of my scarf and boots this year. It wasn't until last week that Z. and I both had a few precious days off from work and could indulge in a short holiday.

Thanks to the generousity of D. and S. and J., we spent a spring sun-filled week revisiting old haunts from my brief time in London and soaking up the wonderful food and scenary in Tuscany. Although I had planned to do nothing but lounging and reading, of course, we got caught up in making the most of our visit. This was particularly because we stayed with our friend S, who is a practicing chocolatier and showed us the most marvellous, windwhirl, suspension-of-reality time in London, with a morning walk though Notting Hill, followed by Sunday breakfast at Ottolenghi and a drive through the Richmond deer park to visit Petersham Nursery.

We're now safely back in the little red dot (in time to cast a vote) and boy, were our suitcases weighed down by large rocks of Italian hams, cheeses, mushrooms, olive oils and bottles of Pimms and packs of hot chocolate for Colin. If you were a customs officer, you'd probably think Singapore was at war! One of the more odd purchases that I stuffed into my case was a long, wrapped package of fresh, organic rhubarb. I have an unhealthy fascination with rhubarb, fuelled by its inavailability in Singapore. Every time I see it, when in a temperate-climate grocery store, I get an uncontrollable urge to make a pie, or a tart, no matter whose house I am staying in.

There's just something about it that says springtime, raddiocio and rabbits, even though I know that as a child, I probably wouldn't have eaten rubarb. Even now, I don't like celery, unless stewed into a soft and fragrant odori. Oddly enough, the rhubarb plant actually originated from Asia and it has been suggested that it was often used by Mongolians (one of the places I've been in the last few months is Mongolia and I can confirm that they do not use it anymore!), the plant grew wild along the banks of the Volga and was thought to have been brough there by Eurasian tribes like the Huns or Mongols. Apparenly, it also has a long history in traditional Chinese medicine but its use in food was a recent 17th century innovation, after sugar became readily affordable.

The stalks of rhubarb can be light to dark green or rose to pale red and the leaves are toxic. I picked all my stalks to be really thick, thinking it was like picking sturdy celery but I've since discovered that, if I want to cook my rhubarb in long pieces, I should have chosen the more delicate and pretty stems. I was glad to read that I could also freeze them for later use but I'm not sure I'll need to for these are the desserts that I've devised to make over the week- Strawberry Rhubarb Pie, Lemon Rhubarb Cake, Rhubarb Crumble Ice Cream and an intriging Rhubarb Beetroot Cake. Any other suggestions?
Posted by Weylin at 3:27 PM

Love Rhubarb! We have a huge plant that gives us lots of pies in the spring and early summer. I highly recommend the rhubarb pie, minus the strawberries.

Love rhubarb! We have a big plant that provides lots of pies in the spring and early summer. I highly recommend the pie but minus the strawberries. Next US visit - come stay here and we can bake!