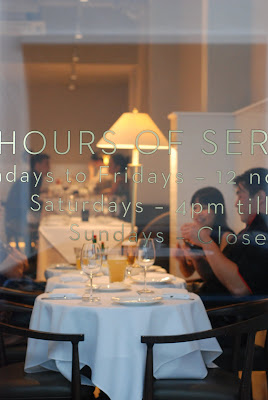 If you are in the mood for a splurge, this is the new place in town to do it. Filled to the brim with buzzing expat-y types and with prices to match ($75 for a lobster pot pie), the first thing that strikes you about Luke's is its smart, poshly convincing New York-esque exterior. 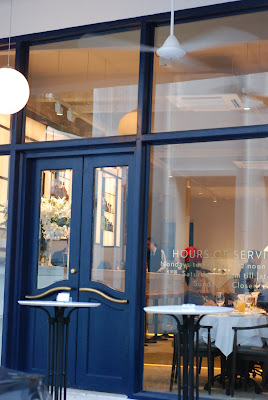 Despite chef Travis Masiero's mantra of serving up home-casual cooking, this is unlike most chop and chowder houses in the USA, the best of which tend to be fairly rugged affairs (think Swan Oyster Bar and Peter Lugur's). 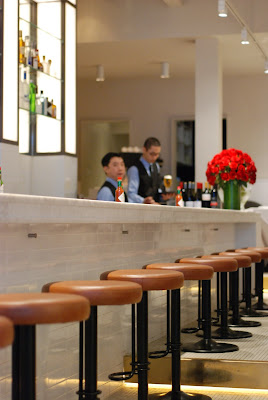 Luke's is definitely on the upscale, city-fied end of the date or ladies-who-lunch restaurant spectrum, sort of a cleaned-up and Sex-in-the-city version of Pearl Oyster Bar. This is one of those urbane spots that tells you Singapore has arrived, although arrived at where is a very apt question with the serious over-congestion of our roads. 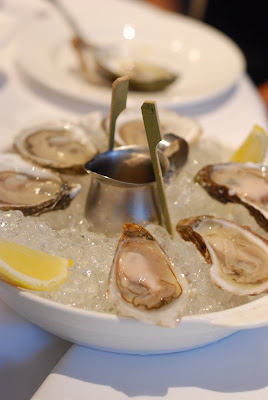 The produce is lovely, oysters from both coasts are fresh and unlike the typical Singaporean buffet experience, the briney taste of the ocean still lingers. Unlike the typical buffet meal or the shuck stations of the USA, these are $6 per piece or $60 per dozen. There is Happy Hour pricing before 6pm for oysters and beer though, something you might want to consider if you are more on a budget. 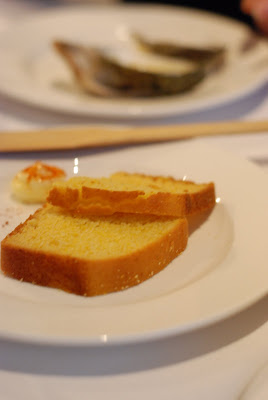 We also tried the traditional New England clam chowder ($17), served in a small glass jar, with a generous serving of clams, the crab cakes and the scallops, which I thought were the two best dishes. 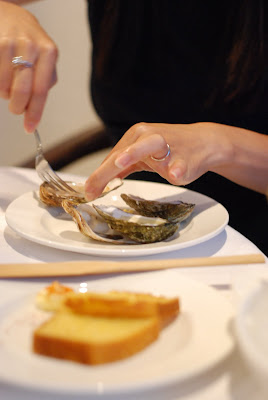 We enjoyed the starters with the home-baked corn bread, which, served warm and crumbly with some creamed butter dusted with paprika, was probably one of the best I've had in a long while. I also enjoyed the salads ($24), the Caesar Salad and the Beetroot salad (mixed with greens, mint leaves, orange sections and radish), were both generously sized and excellent. 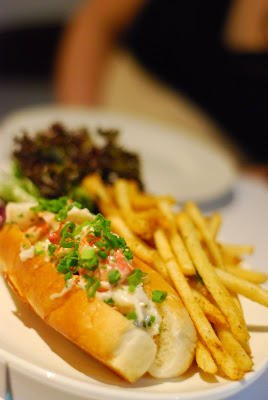 The crab cakes were dense and heavy with crab meat ($45 for 2) and the scallops were fat, juicy and perfectly seared. We also ordered the old-school hash browns, this was served as a round disc of light rosti, or shaved potato, this had been crisply fried and was delicious. 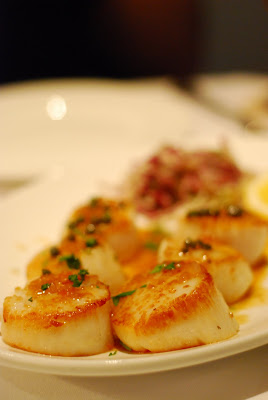 The lunchtime menu features a traditional New England Lobster Roll ($45), steamed lobster chunks with home-made aioli, served in a toasted hot dog bun. I was slightly disappointed by the lobster roll, as I felt the meat was a bit soft and the bun could have been fatter, thicker and more well-toasted (it really shouldn't be like a soft Gardenia hot dog bun). I have heard similar complaints from other diners that the bread (not cornbread) was also too doughy and the food too salty. 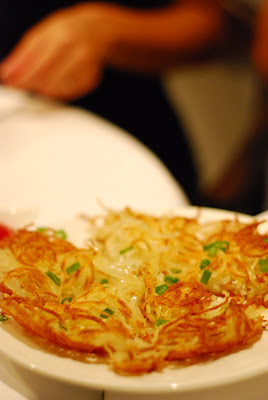 I'm nitpicking here though, as there really aren't any lobster rolls to be had in Singapore, so short of flying to New York or bestirring to make it myself, I'll have to get to Luke's to get my fix. 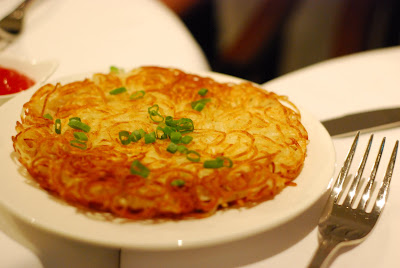 The menu also includes meats like prime ribeye ($82) and well-marinated lamb chops ($65), which I tried on a subsequent lunch visit. The steak was good but not really memorable (memorable being the wild perfection of Osteria Mozza's $200 Bistecca Florentina). Also, without ordering a meat, to be honest, most men would probably leave dinner slightly hungry. Though, with a crowd this rich, white and thick, that probably isn't an issue. Business was packed from the start of the evening at Happy Hour and the restaurant runs two punctual covers, which is a good thing to know if you're intending to linger on dinner. 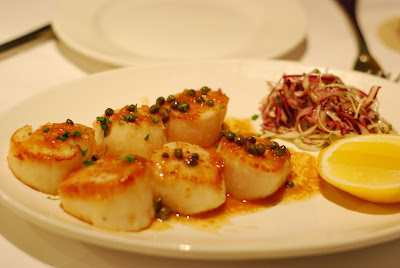 It is impossible to get a table even mid-week, unless you have booked ahead. Given Singapore's rising affluence and the foreign population, unless the economy tanks, I would really expat it to remain that way! 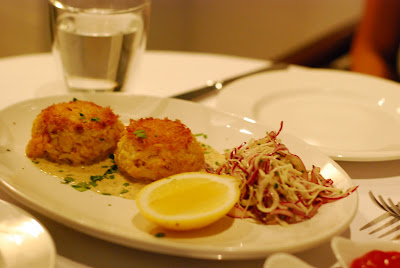 Masiero, who has overseen a few restaurants either as chef or consultant since he moved to Singapore several years ago (Wine Garage, Spruce and Spruce Taqueria), knows his way around a casual all-American menu and delivers well into what the his following wants. This place has the beautiful control and standards of a owner-operated place, with all the charm of a family-operated restaurant. 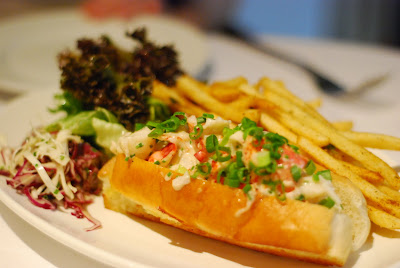 I'm really pleased to see his success, as he is the most self-effacing and diffident chef. He's friendly and competent but not oozy, much like his well-trained service staff. There are a couple of shortcomings, none more so than the top restaurants in Singapore, which is why I think if you want a really good meal on a special occasion, this is definitely the place to head to.

Love your work on Only Slightly Pretentious Food! And I wanted to personally invite you to be one of the top cooking Advisors on ShopSquad, a free shopping advice website where shoppers and your readers can ask Advisors (i.e. you!) for advice.

If you recommend something that is purchased, from cookware to appliances to kitchen gadgets, you get a percentage of the sale. You're already sharing your expertise through your blog, so why not earn more money for it? You can also earn $5 for each of your readers who signs up.

Feel free to ask me any questions: marshall@shopsquad.com. Thanks!

i think the order in which you uploaded the pictures for the post is wrong haha. but other than that, love the blog :)