Baking with friends - Part 2 Macarons with the Master 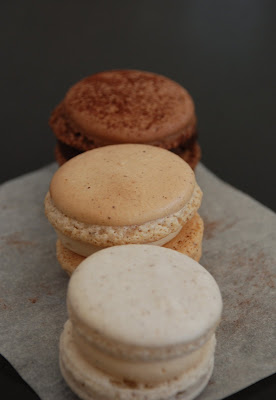 On the same Saturday, I had the great pleasure and privilege of baking the afternoon away with Karen, who is an obsessively, obscenely good baker. I love that on the same day, I was fortunate enough to teach and be taught. 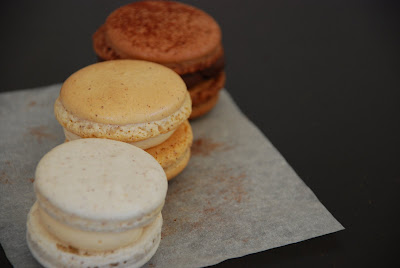 I certainly learnt a lot, enough to convince me that my process had been all wrong. I was inspired by Karen's meticulousness and her dedication to detail and aesthetics and truly impressed by her deliberate baking technique. To be honest, after noting all the work and ingredients that go into these little treasures, I'm not at all sure that it is worth her time, nor mine, to craft them! 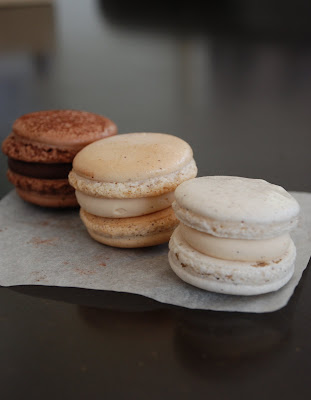 What I did realize, was that she is such a talented yet earnest baker and it really made me feel that whatever she does, is a labour of love. She was kind enough to bake my favourites, a rich chocolate macaron piped with dark chocolate ganache and hazlenut macarons piped with salted caramel buttercream. If you look carefully into the filling, you can see the beautiful little black dots of fresh vanilla. 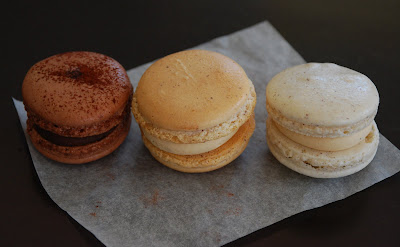 To sample some of her sublime work (if you're lucky!) or to inquire about classes, please see Karen's blog Mad Baker.
Posted by Weylin at 2:34 PM 0 comments 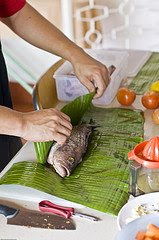 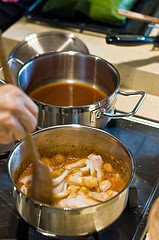 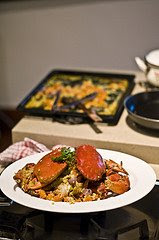 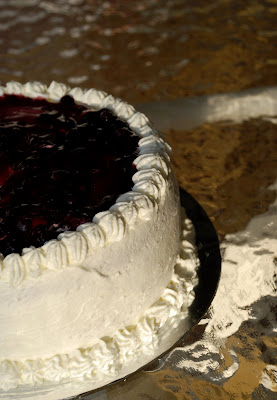 I have lately had a slight madness over layer cakes and old forgotten memories of cake. After hearing my cousin talk about it, I became inspired to make this blueberry cake, which I vividly remember "helping" to make when I was a child. The recipe is for a light optima sponge cake, sandwiched between layers of blueberry filling and fresh whipped cream. 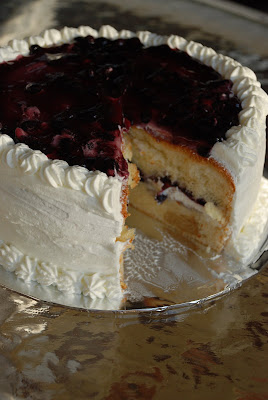 It's a very airy, very ethereal cake which can be a pain to handle because when the sponge is truly well-made, it actually tends to sink in the middle and pull away from the cake tin rims. It's only when overbaked and slightly denser, that this cake actually holds it's shape and is easy to ice.

Instead of blueberry, you can fill the top with other berry fillings or a fresh lemon curd, or you can mix and match lemon curd and blueberry or add, as I do, chocolate rice on the sides. This has actually become one of my favourite recipes becuase it's so easy to make and it assembles easily in one bowl (I like easy-clean recipes, I hate having to wash out the KitchenAid mixer). I particularly like how light it is, how little fat there is in the recipe and how beautifully fluffy the batter looks folded into all that stiff egg white. 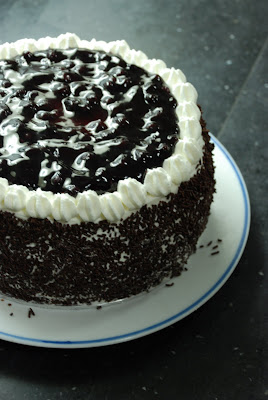 After acquiring a turntable (best $8 I ever spent!), icing these cakes also became much easier, though I've become slightly fanatic about achieving a really smooth white snow run of cream icing. Good thing Z likes blueberry cakes, apparently they were his default birthday cakes when he was a child, so he happily eats my experiments.
Posted by Weylin at 11:02 AM 0 comments 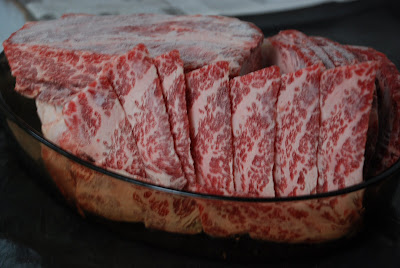 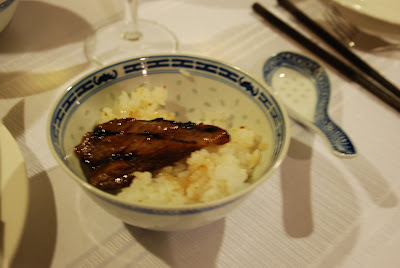 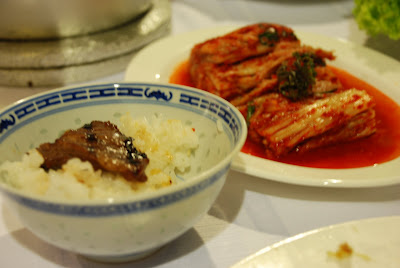 The proprietors are all none too friendly but finally I managed to walk out with pajeon mix (for seafood or hae-mol-pajeon) and home-made kim chi. Rather than risk making my own short ribs (Gal-bi) marinade, which involves Nashi pear or apple juice, I bought two different bottles of commercial marinade. They were very good. I paired the beef with sushi rice (steamed with sesame seeds), stir-fried spinach, crispy seaweed and frisee lettuce for wraps.
Posted by Weylin at 10:56 AM 0 comments