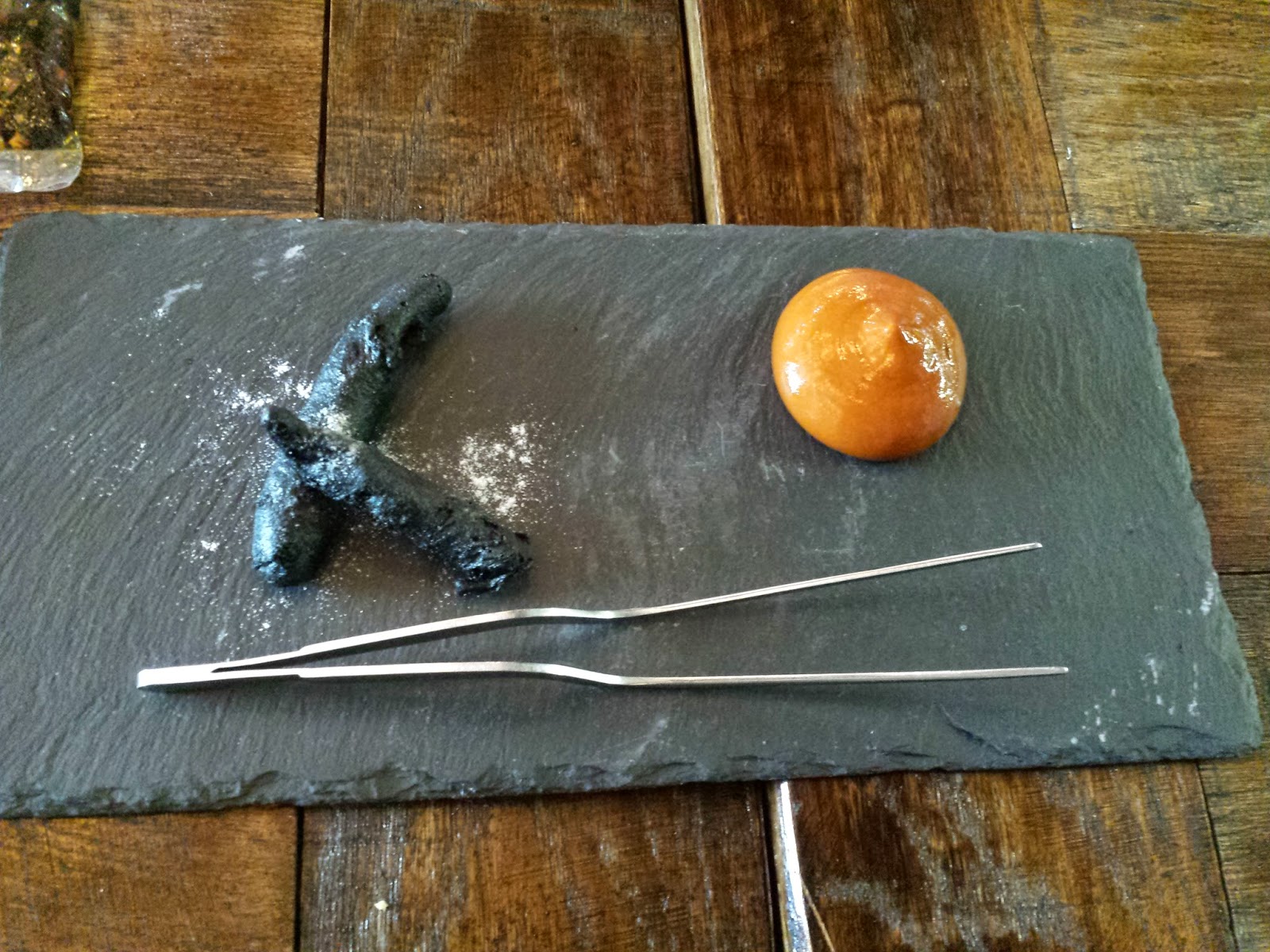 ﻿
I did not realize that the Tippling Club had moved from Dempsey Hill to Tanjong Pagar until recently. I had never been to the old Tippling Club at Dempsey despite a lot of rave reviews. Not being a fan of molecular gastronomy nor expensive cocktails, it seemed to me a place that I might enjoy, once and never return to, so I never got around to the opportunity, even though it had placed in the Asian Miele guide within the top 20 restuarants and was also part of the top 50 restaurants in Asia. C. had been once and was unimpressed with the experience, which additionally coloured my view.

I finally had the chance when I was invited there for lunch and was pleasantly surprised. I definitely had my reservations- that this would be an expensive and unfulfilling lunch filled with sauces and espumas and marshmallows, lots of unpleasant or gooey mouthfeel and a hungry belly at the end of it. I was proven wrong, in fact, it was a most inventive, delicious meal and I am thinking about going back and introducing some friends to the experience.

The old space was 42 seats around a curved counter, but the new Tippling club offers bar seats as well as regular table seats, in front of the kitchen. The service is excellent and knowledgeable and the chefs work silently in the background. The restuarant is in a lovely, quiet spot along Tanjong Pagar road and natural sunlight filters into the space, lighting the quirky, green decor.

I was initially a little shocked at the prices, 12 courses $160/$260 with wine, 28 courses $265/$415 with wine) and even those of the set lunch (2 courses $42, 3 courses $57) and pre-theatre menu (6-8pm, 3 courses, $70). The set lunch and pre-theatre menu consist same items except the latter comes with a glass of wine. The dishes are all described in a very ad-hoc modernist way, like 'black soil. snail espuma' and so it makes you feel like you are getting very little for the money, but that's not true, as we were treated to three innovative amuse-bouche before our set lunch began and then a selection of petit fours after, which filled us up and I felt, made the experience and price worthwhile, at least for the 2 and 3 course set lunch.

I wished that I had been there at dinner to experience the drinks- which I've heard come as bubbling martinis or as purple cough syrup in brown glass bottles, with medical labels! 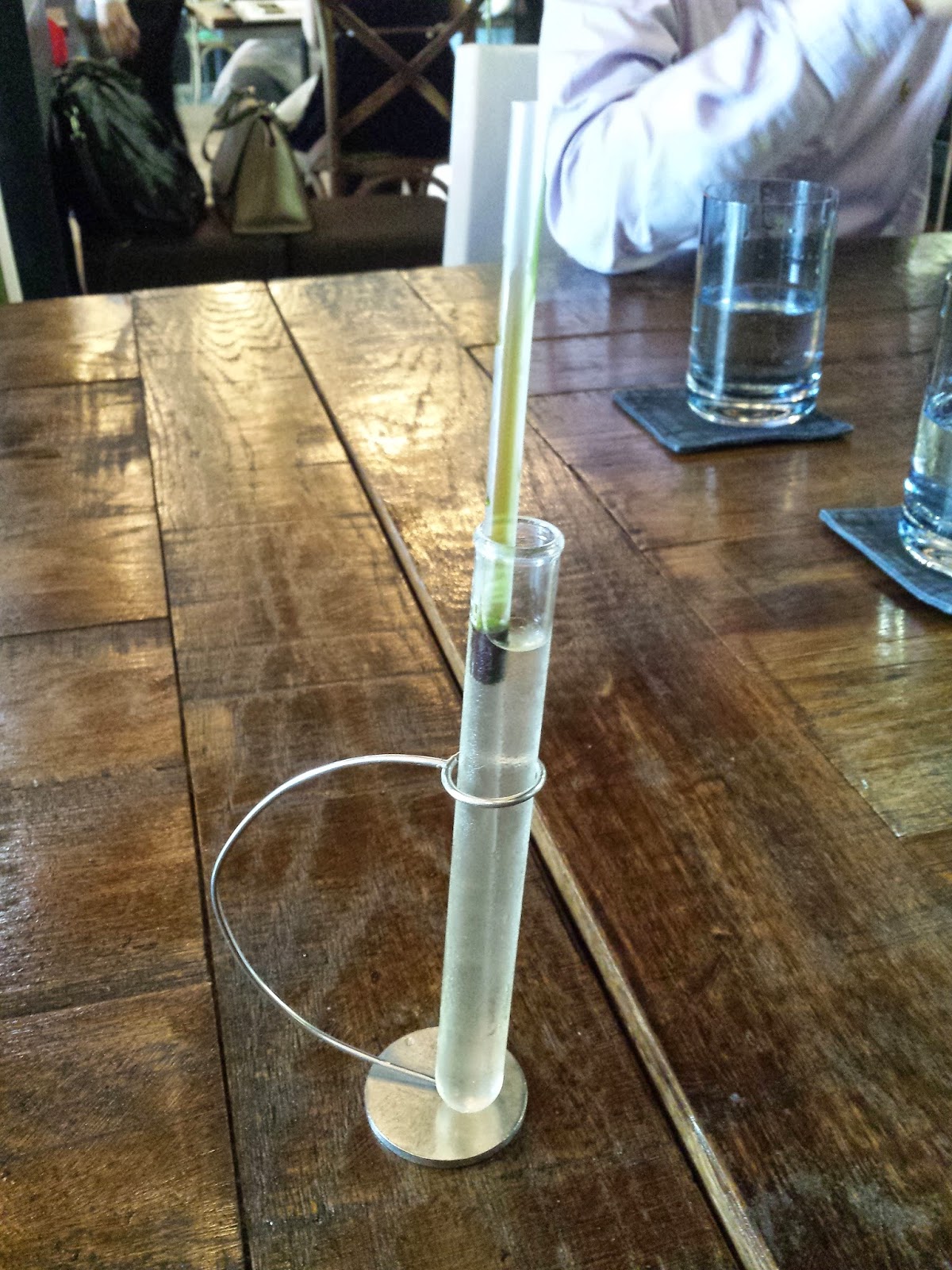 ﻿
Our three amuse bouche were an interpretation of the local curry chicken in the form of curry foam topped with crispy rice; three bell peppers in a squid-ink tempura, with a sesame, soy, wasabi dip and theatrical metal tweezers to pick them up with and a test-tube of clear, cold tomato essence soup with a pipette straw of basil extract. 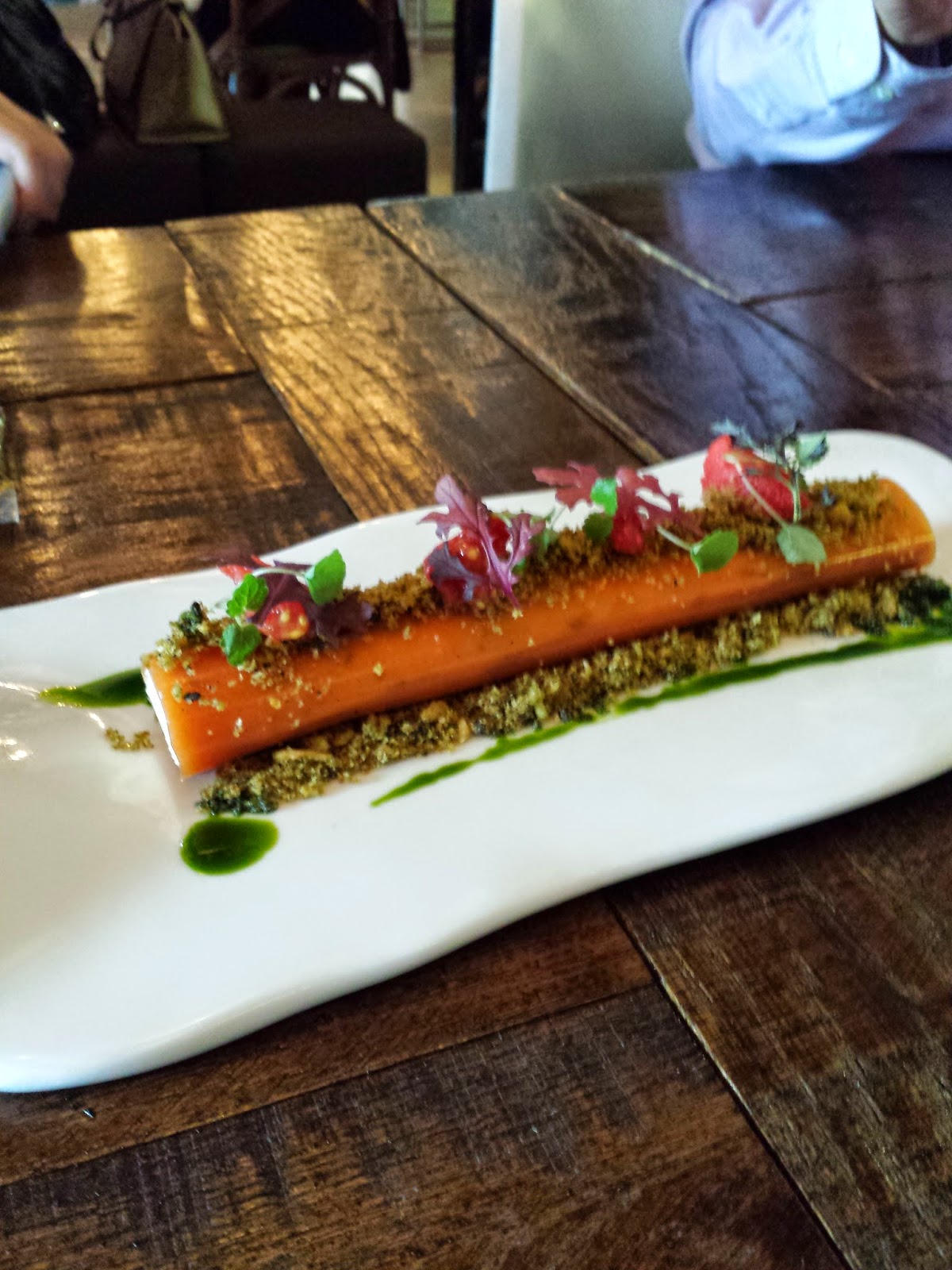 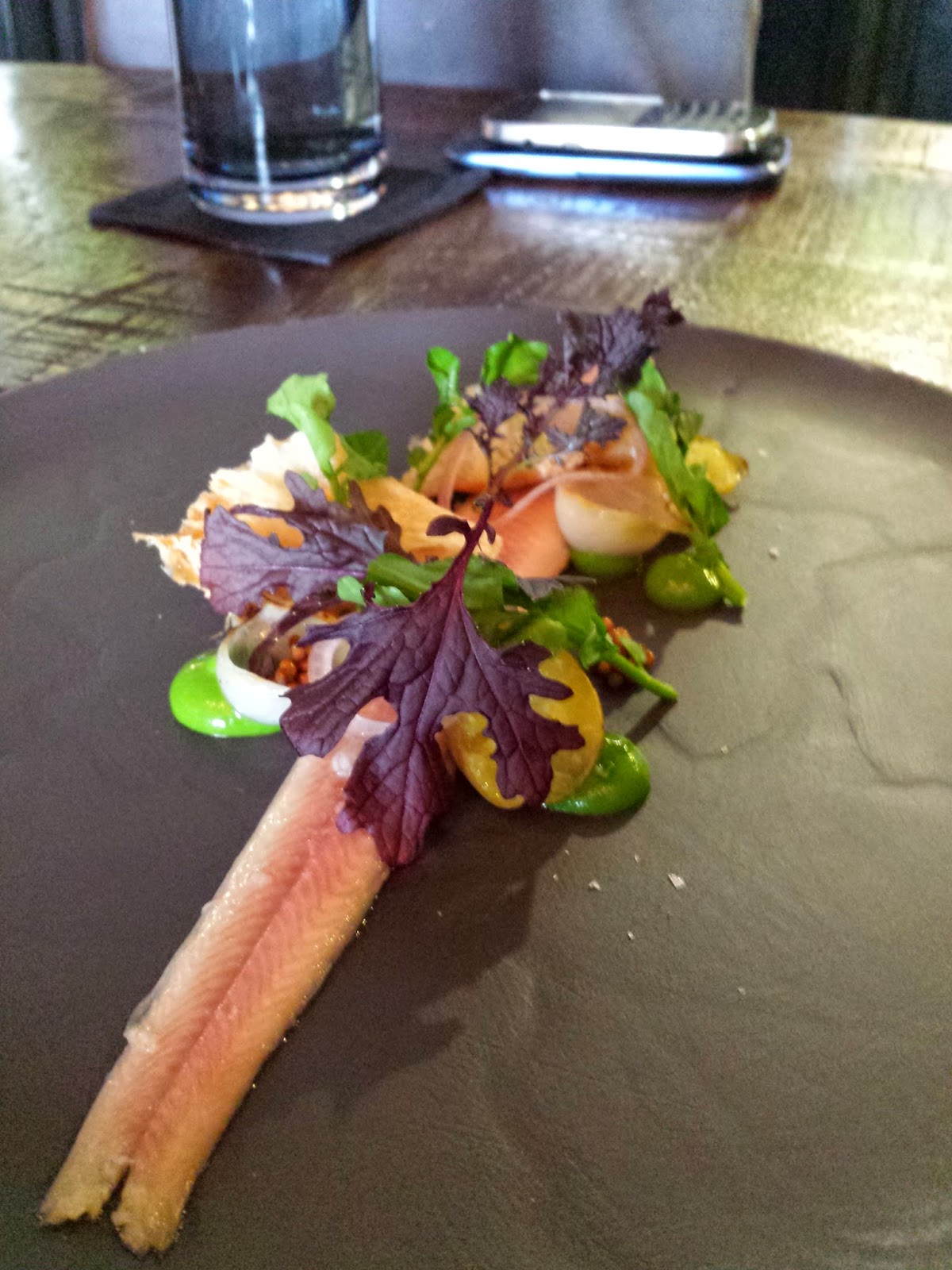 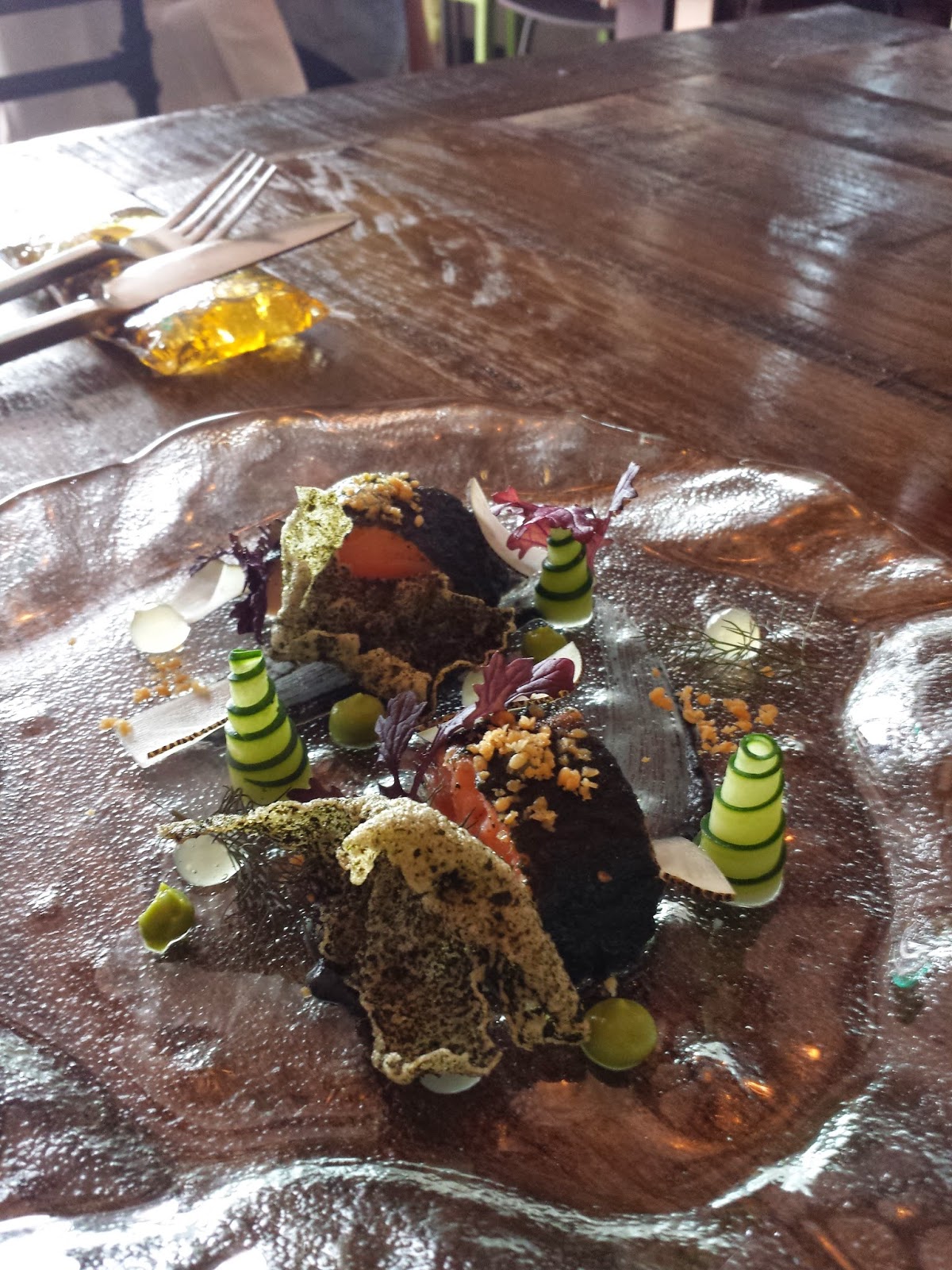 ﻿
We tried the tomato tart, the smoked eel and the Kohada, which was served as a sushi, three really beautiful dishes. I had the most 'boring' starter, the pea ham soup with 62 degree egg. 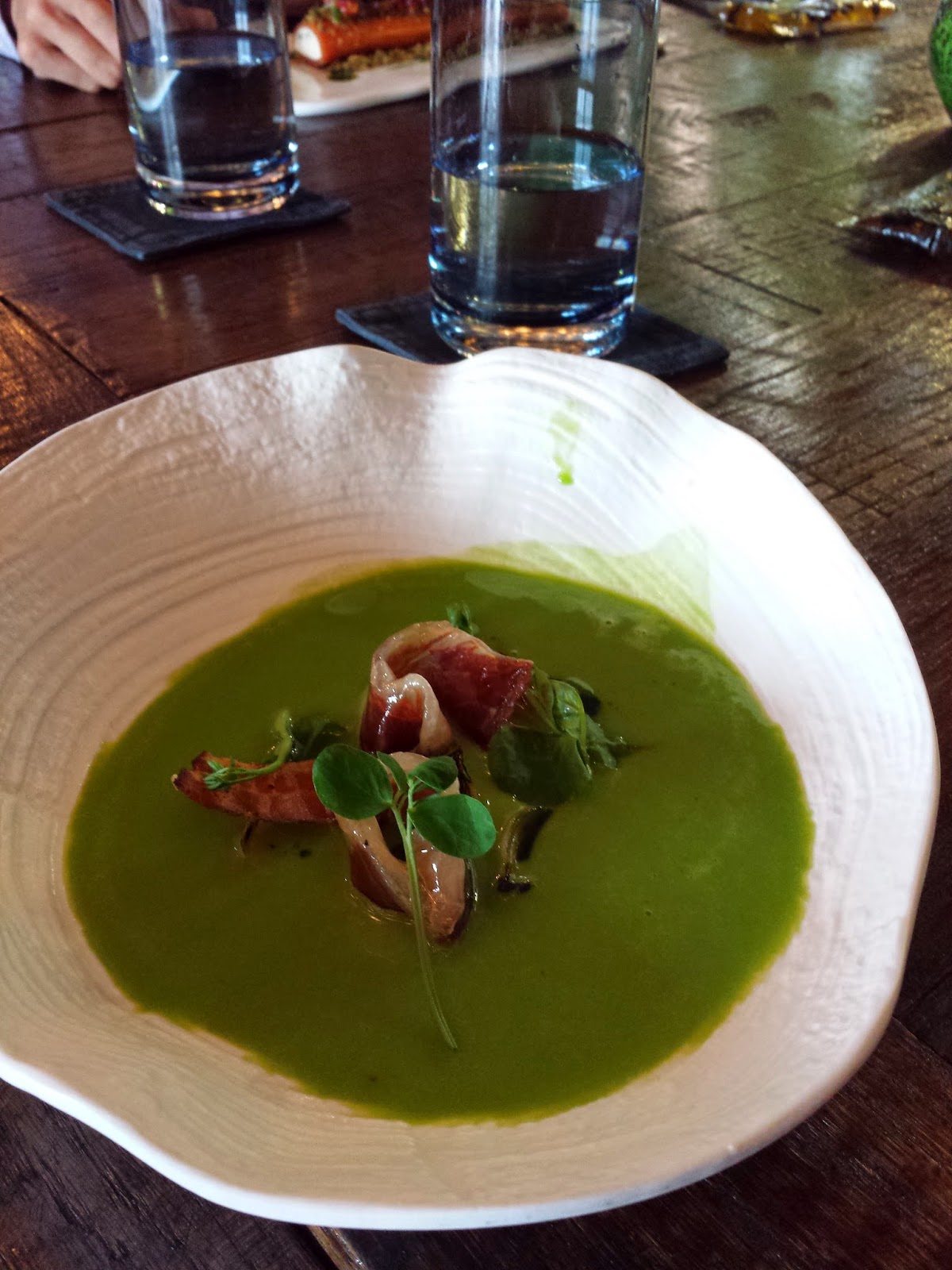 ﻿
Most of us had the risotto with charred tomato, burrata and basil and the roasted barramundi with milk, braised parsley root and garlic soup. 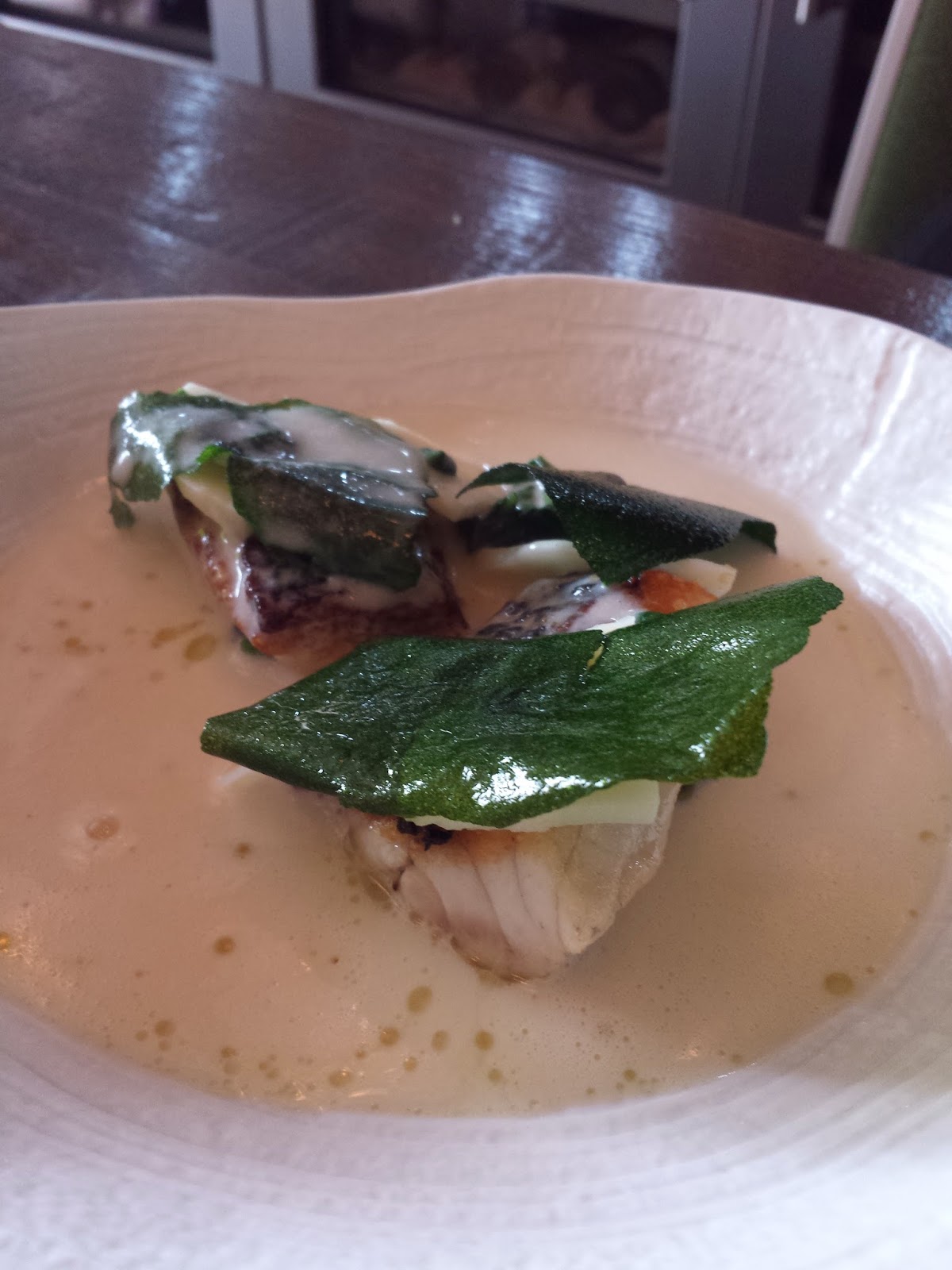 ﻿
I was blown away by the attention to detail and the preparation of the food, from the thin, drying of the meats to the solid jellies made of tomato, the long, slow cooking and the playful presentation.  Despite this, the food retained the fullness of their taste and freshness. 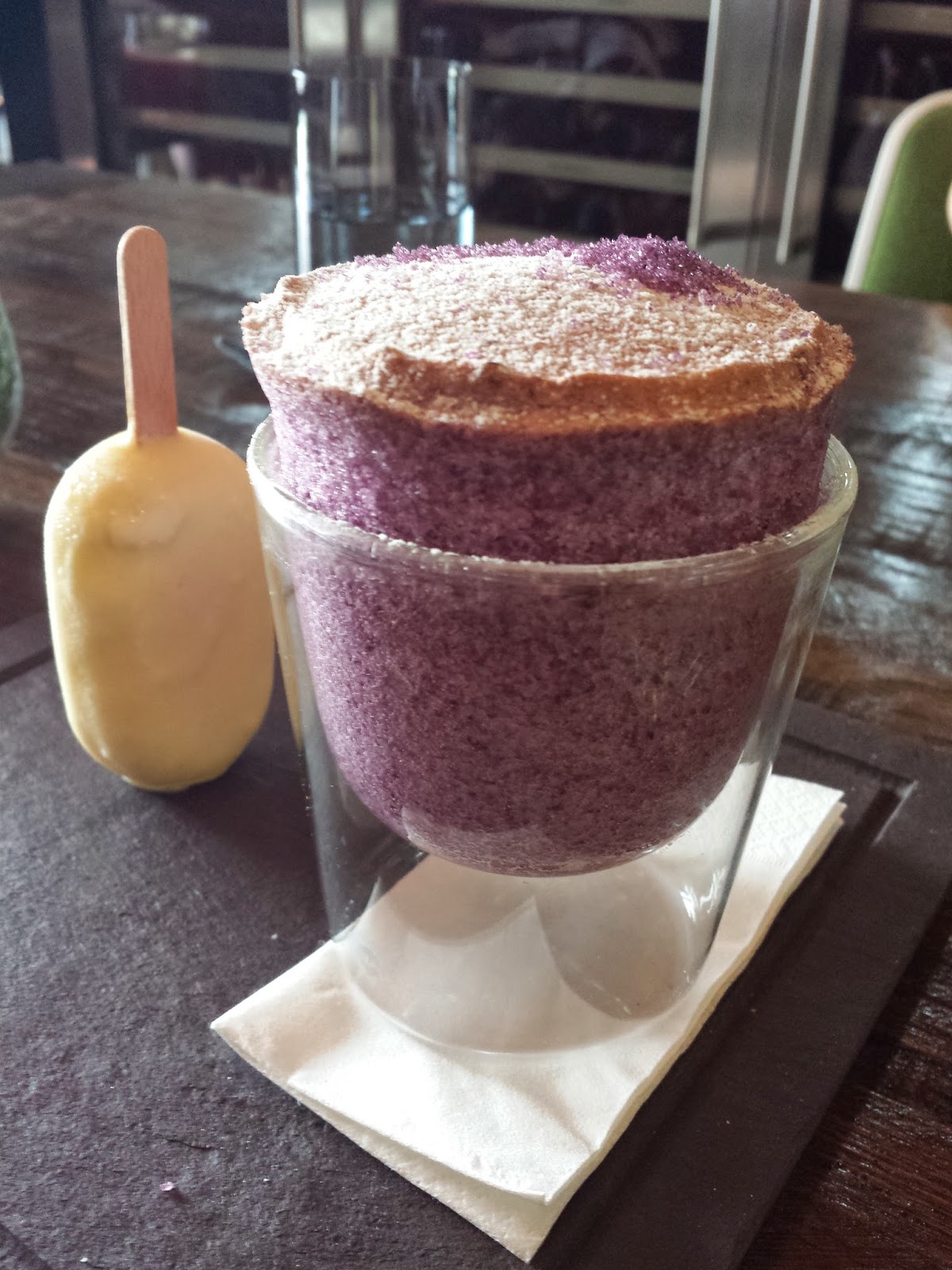 ﻿
The show-stopper was the additional dessert that we added on, the Cassis and Violet souffle, with a yoghurt, white chocolate mini magnum that was simply out of this world. Although I didn't like the very artificial looking violet sugar sprinkled on the top of the souffle, it was wonderfully light and risen and I was amazed that they had baked it in a glass, double-bowled cup. The magnum combination of yoghurt and white chocolate was just brilliant. 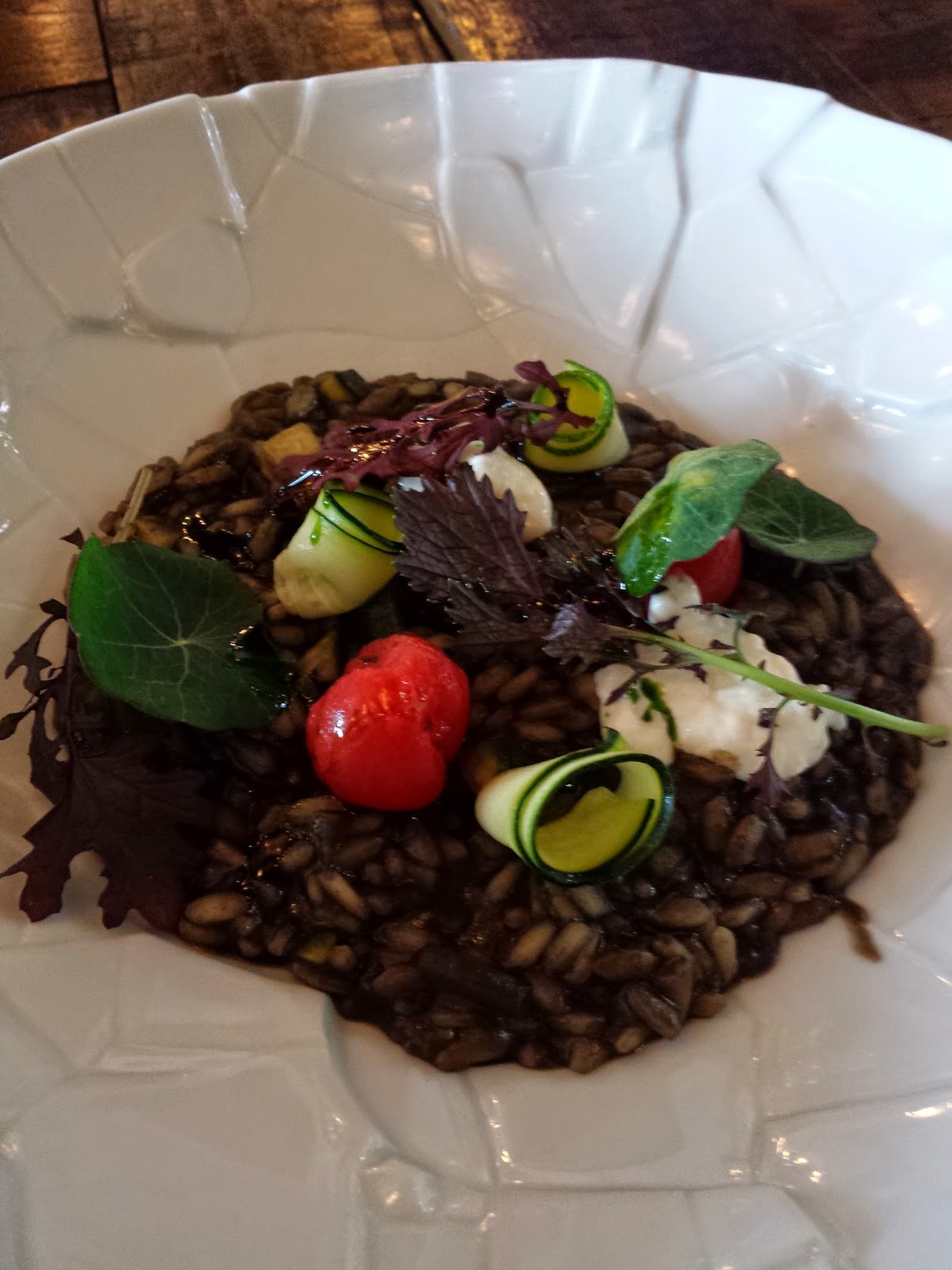 ﻿
There was nary a sour note, if I had to pick one, it would be that the grains of the risotto were too tough and it had so much rice that we ran out of ingredients to eat it with. The tomato tart (roll) and the dessert of souffle were the best things, I felt. After the meal, we were given petit fours, an apple doughnut, a chewey nut meringue and a tie-dyed, liquid filled chocolate sweet, that sated our sweet appetite. 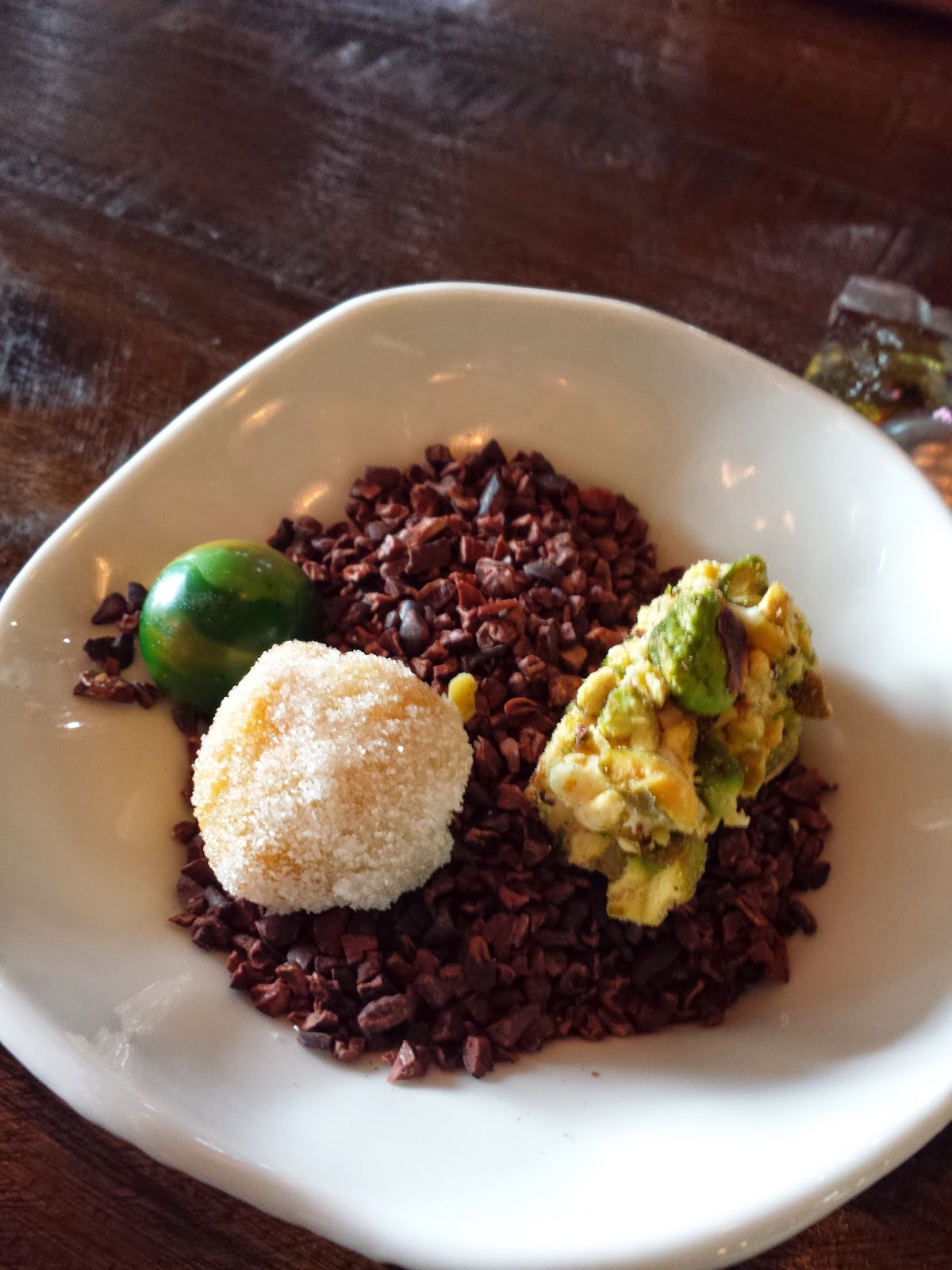 I notice that the appetizers and mains also rotate very often, so that going there should always be an inventive, novel and special experience. While this is a good place for a date, I think it is fun to go in a bigger group to be able to appreciate the diversity and creativity of the dishes and becuase these experiences are more fun when shared and discussed. 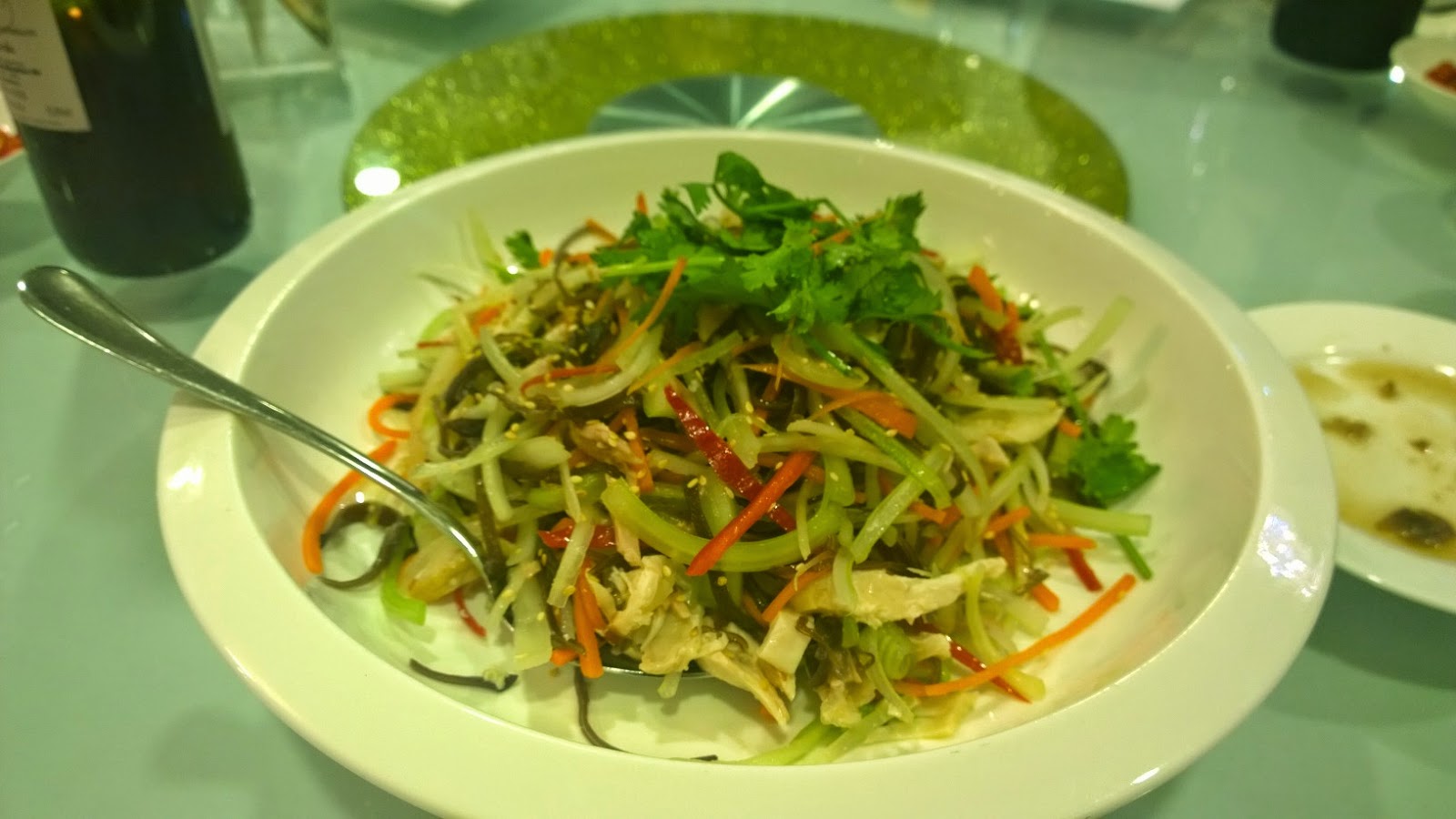 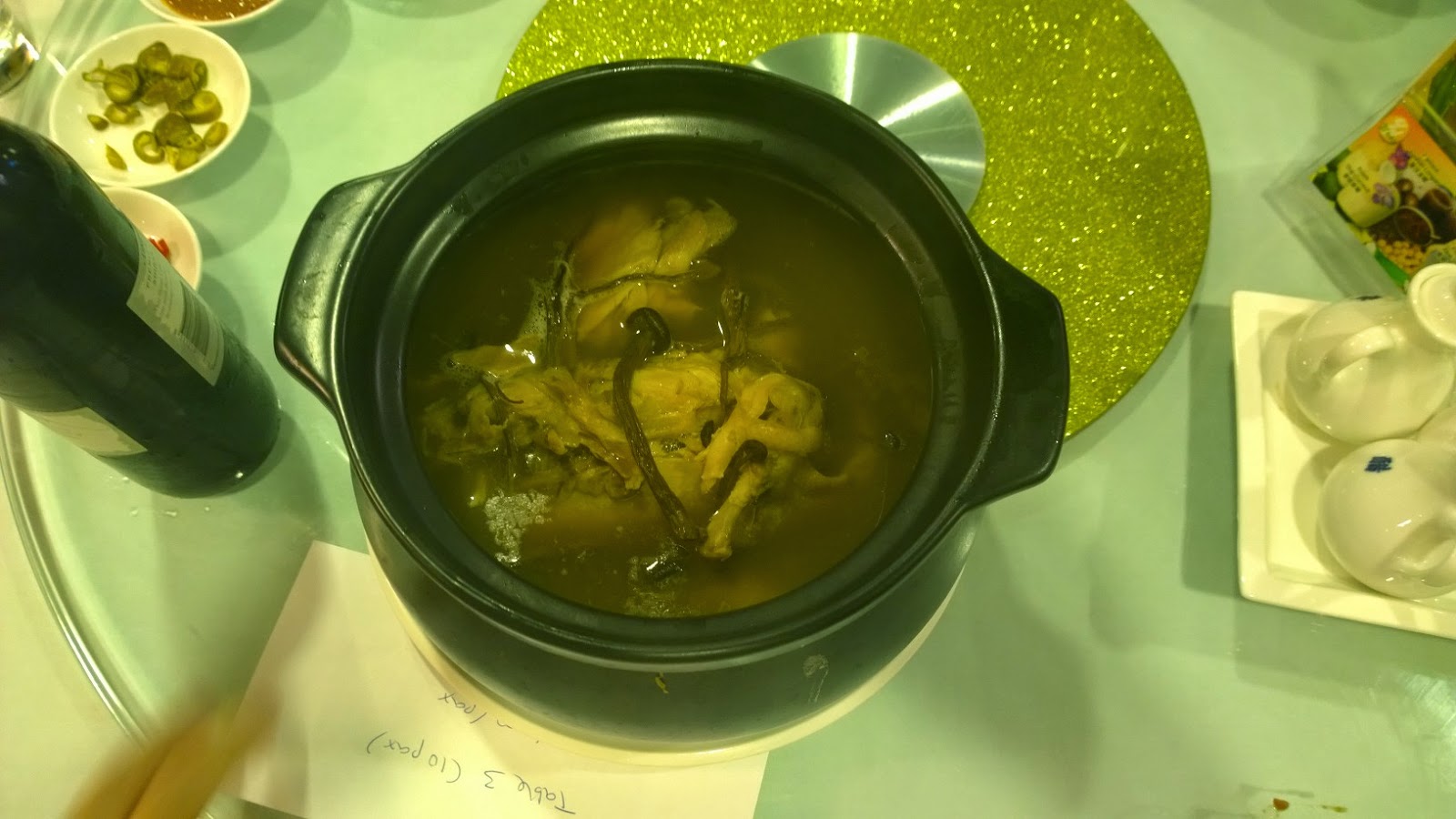 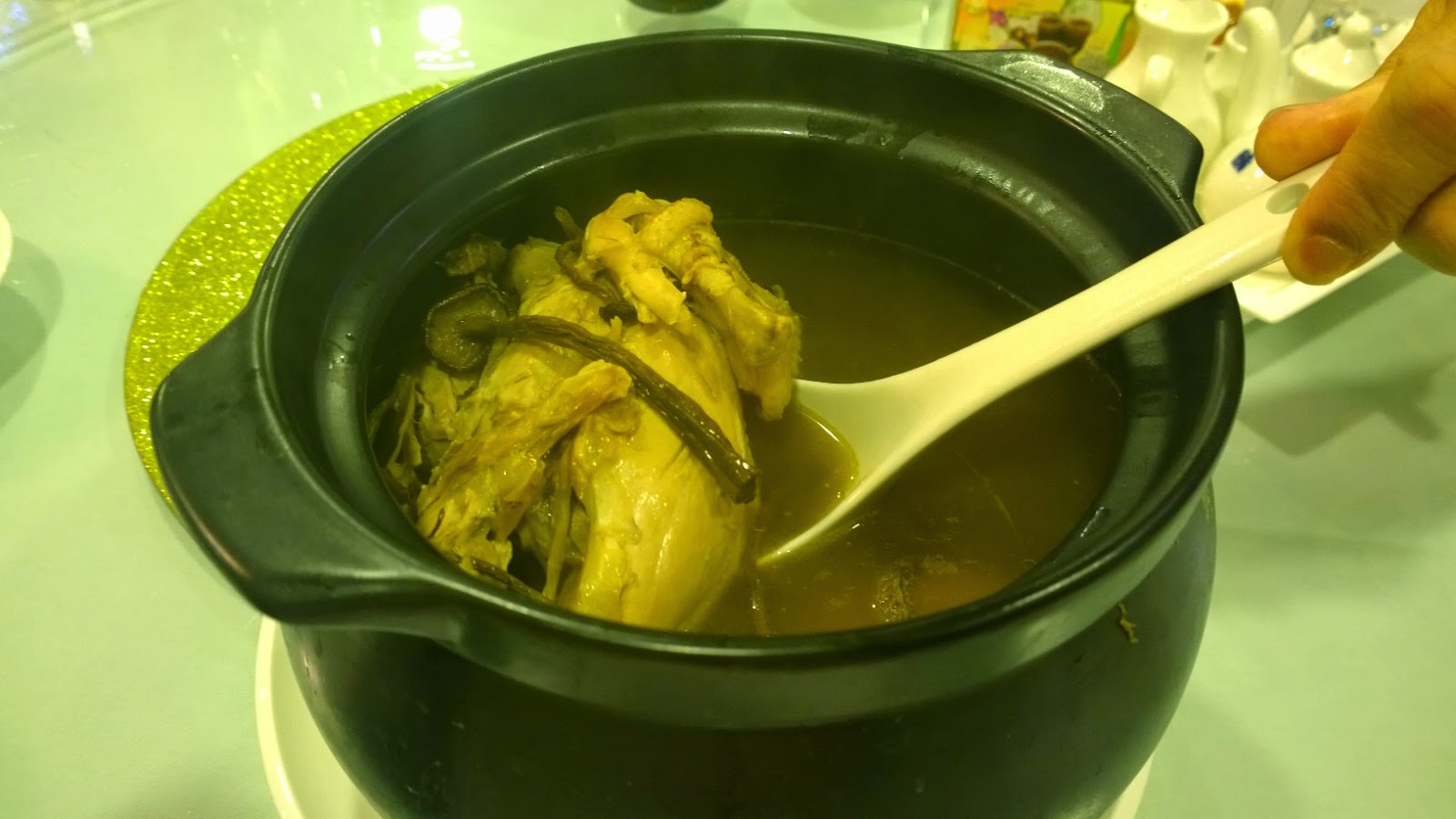 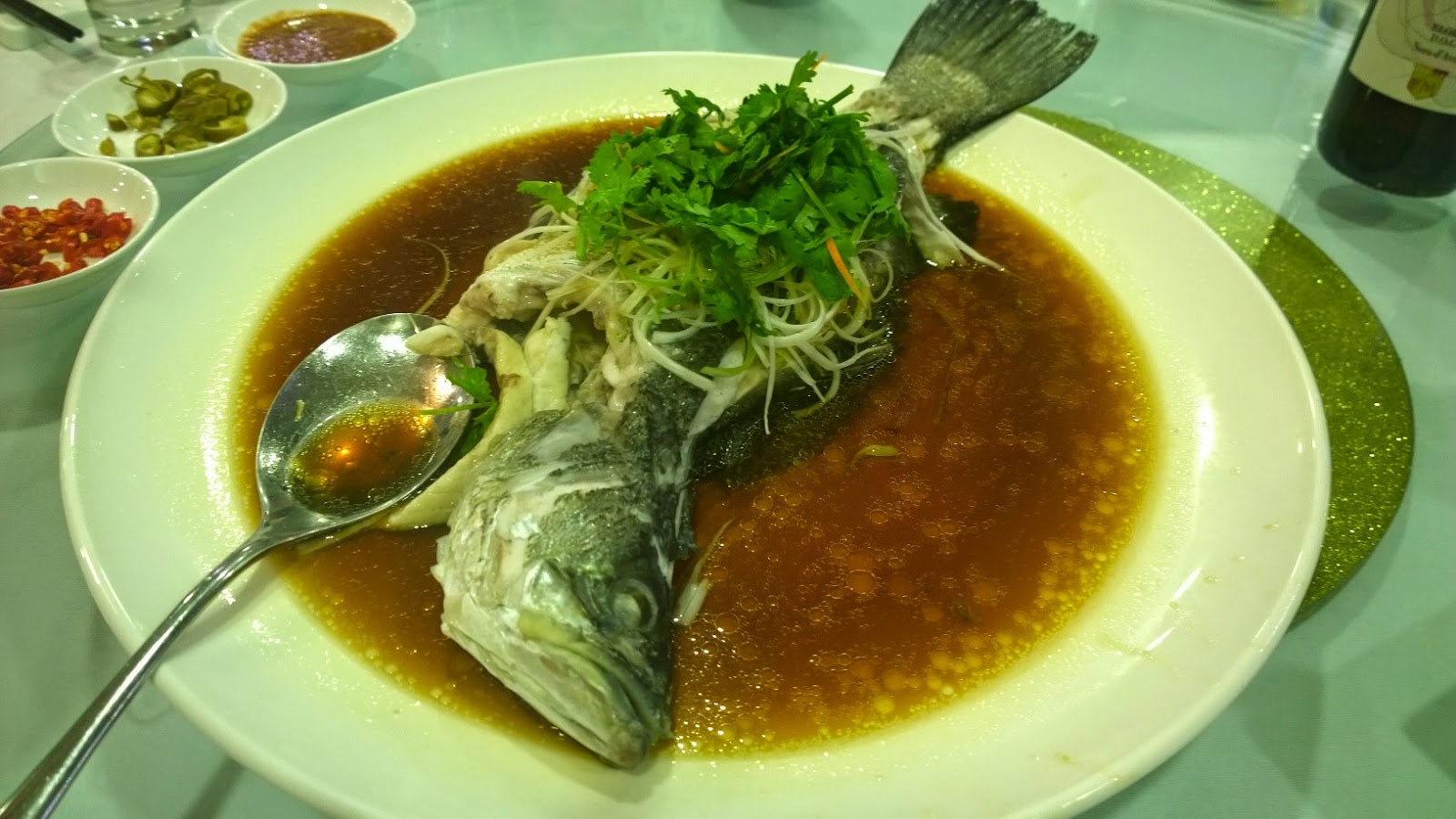 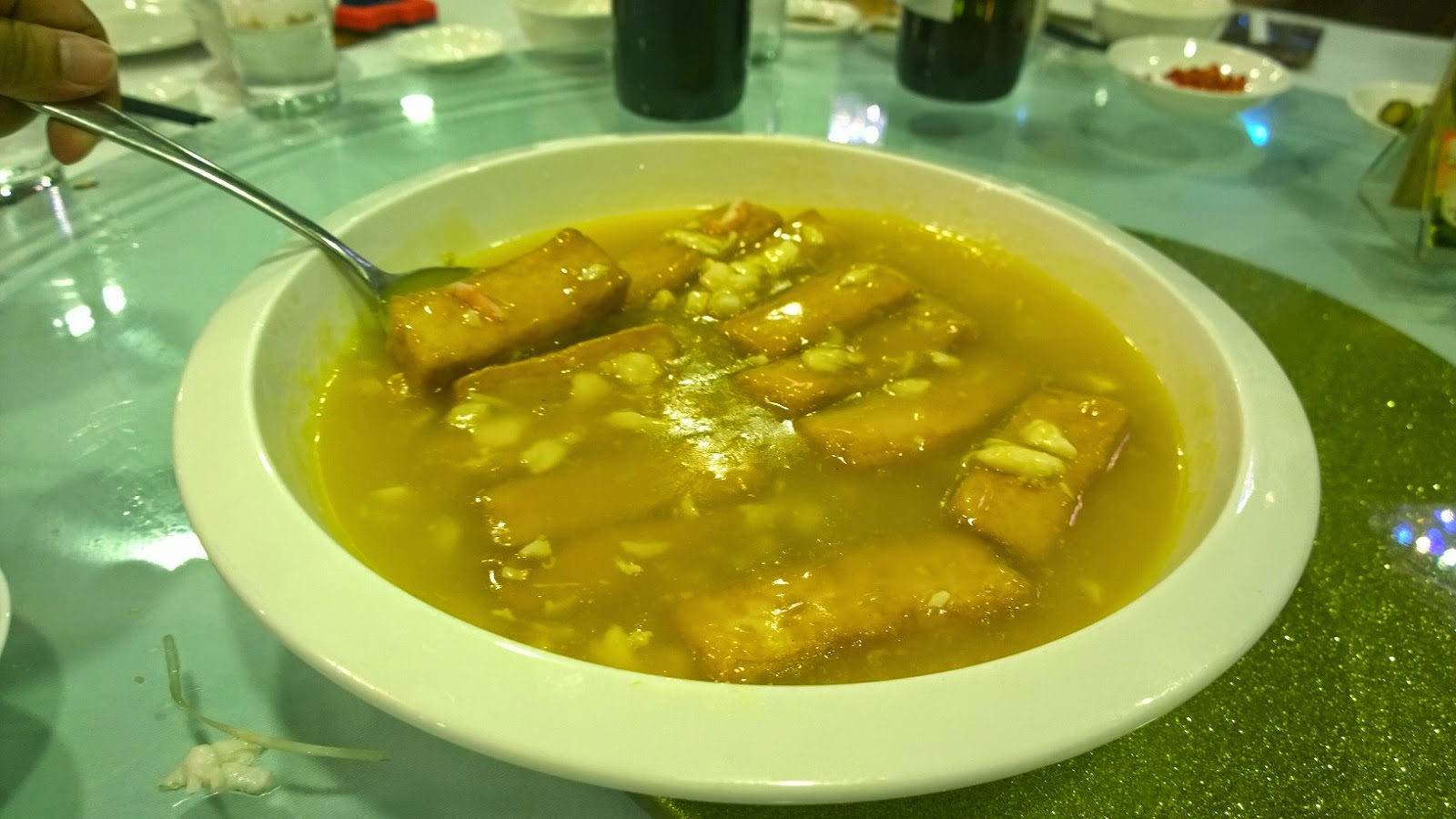 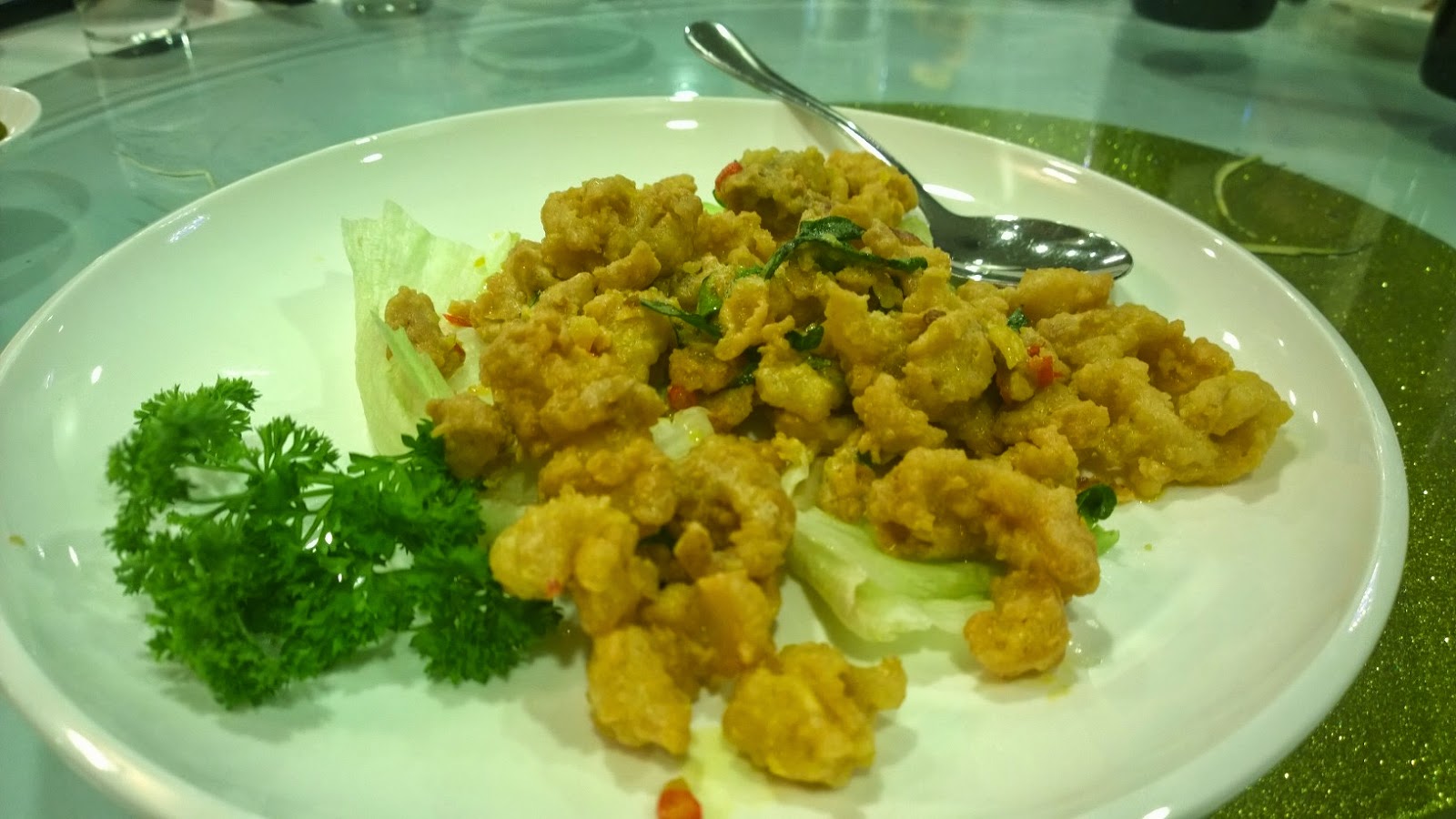 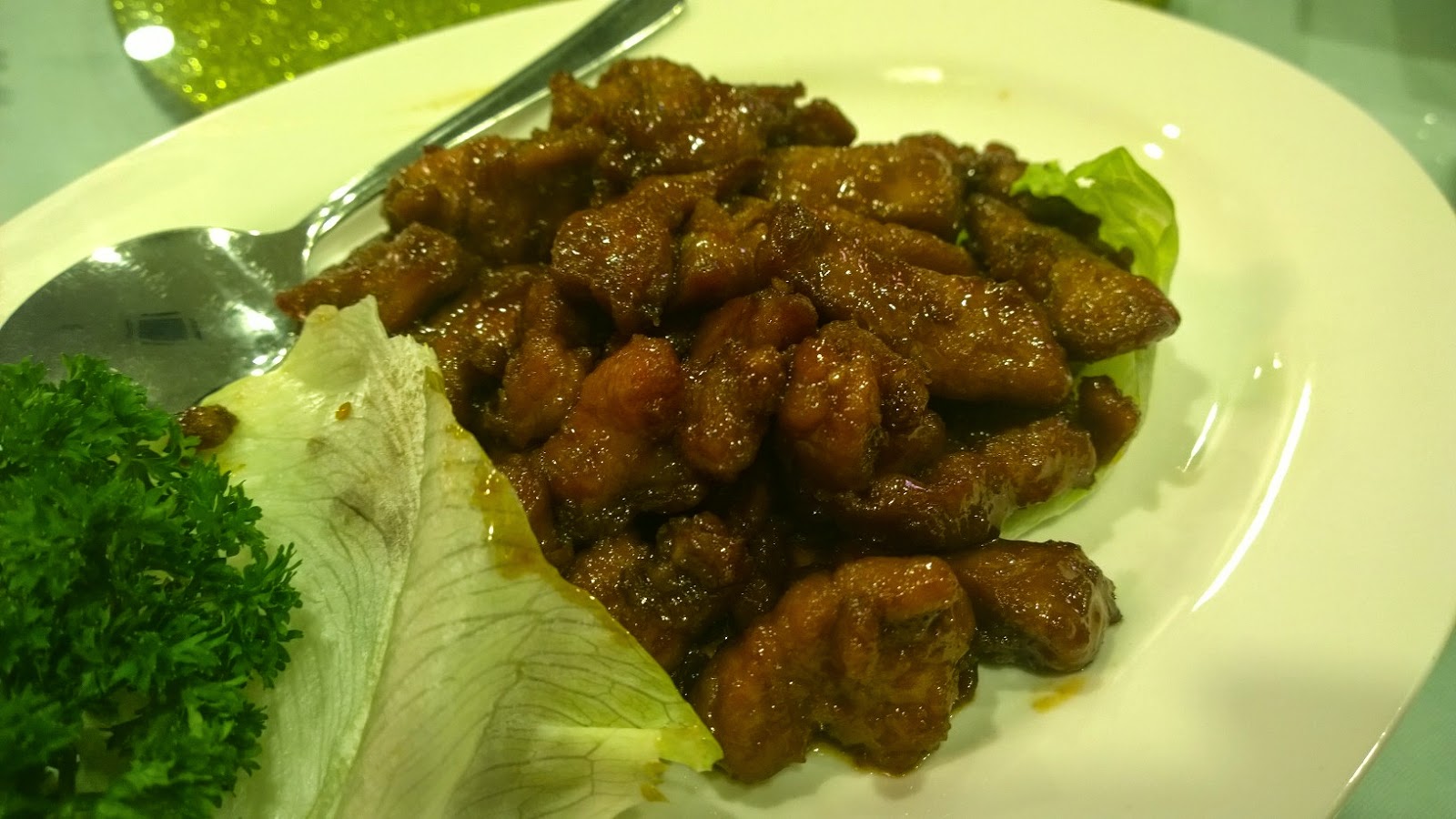