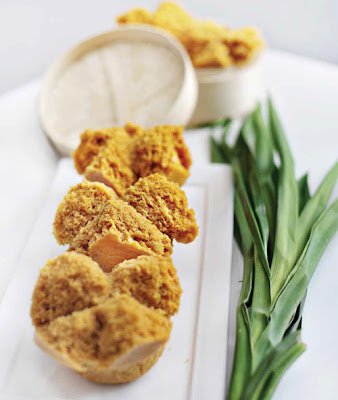 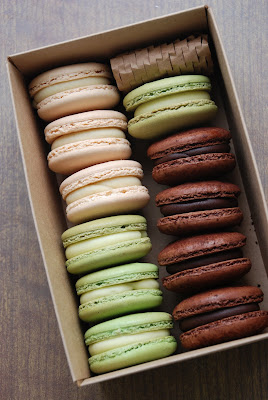 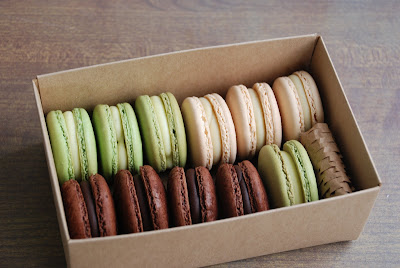 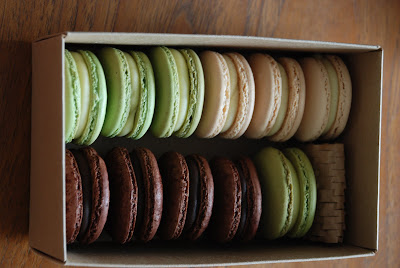 When people hear the word macarons, they seem to think they always turn out like these-
beautiful macarons, olive oil macarons, chocolate macarons and jasmine tea macarons, waiting for a delivery. I wanted to show you a recent macaron adventure that was a little less than perfect. 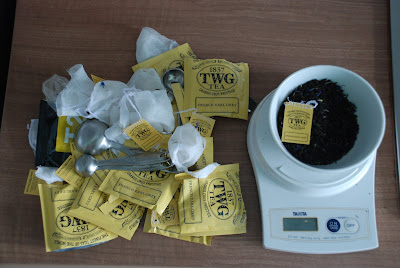 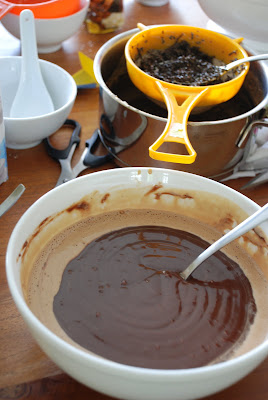 Brewing a thick mix of tea and emulsifying it into milk chocolate. 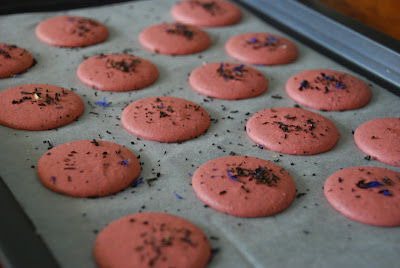 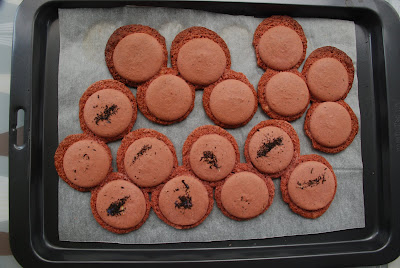 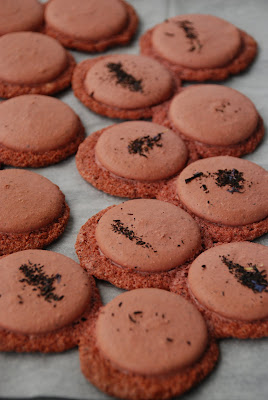 A misstep with the shells that looked so perfect and this is what we wound up with. Disaster, the shells were perfectly formed on the surface and then completely melted within. 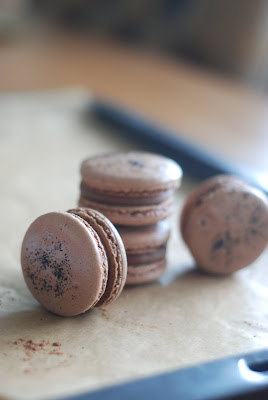 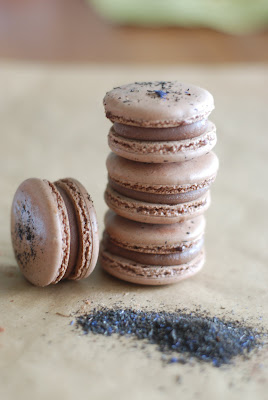 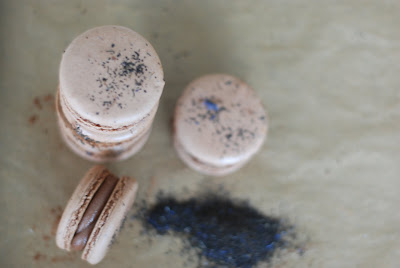 We re-made the macaron shells and these are the French Lavender Earl Grey Tea macarons. 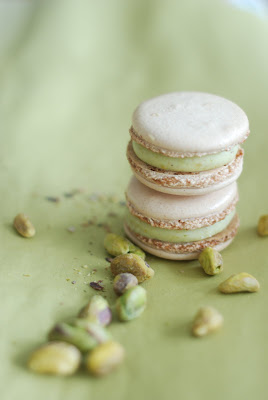 To regain our macaron mojo, we also made some pistachio macaron prettiness.
Posted by Weylin at 9:11 PM 0 comments