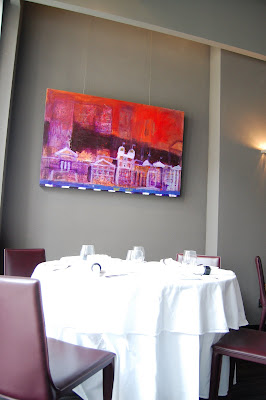 As you would all probably know by now (if not, where have you been?), Gunther's is the new kid on the couture food block. Set up by Gunther Hubrechsen, lately the chef at Les Amis's flagship. Gunther is backed by the Garibaldi group, hence explaining why the interior of the restaurant looks somewhat like the place next door. 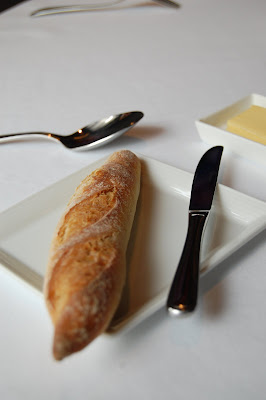 I really like the ambience of this place, though it's a little too grey and I really like their breadrolls. Call me simple but I think I can eat two of these in each seating, it's beautifully crusty on the outside and soft on the inside. Perfect for scooping up those sauces! 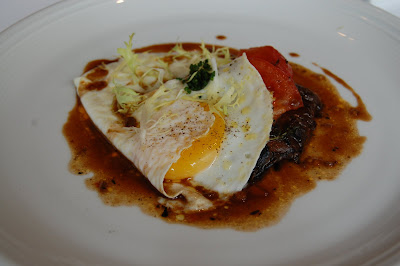 We decided to go there for Colin's farewell lunch and we had both the set and the tasting menu. The set menu for lunch is $38 and comes with a starter that is probably best described as a flavourful sunny-side-up-egg (yes, I can hear the howls of protest from food lovers but honestly people...) that's served with a portobello mushroom and some cured ham. 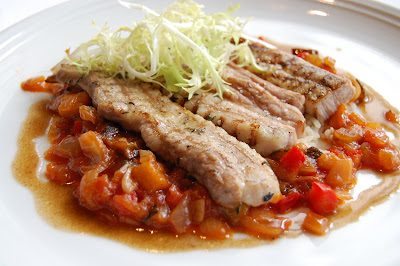 The mains are a choice of beef tendeloin or pork and then Gunther's signature thin crust apple tart dessert. 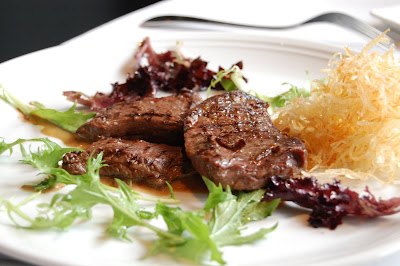 The pork was excellent, soft and succulent and walking that thin line between western and eastern cooking. The beef was alright, a bit more plain, though the thin candy spun nest of crisp was brilliant. 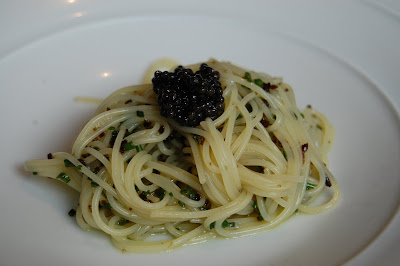 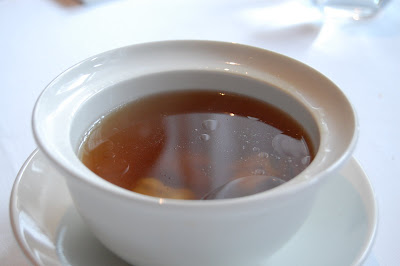 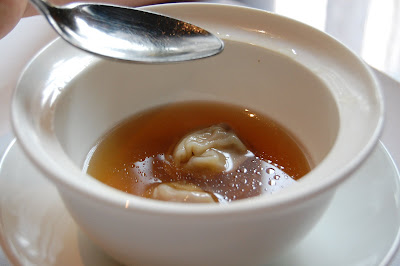 The two mains include the very Chinese-tasting grilled Scottish bamboo clams with tomatoes and grilled mushrooms. This is probably my least favourite dish, given that I felt the tomato juice and chinese sauces overpowered the delicate bamboo clam. 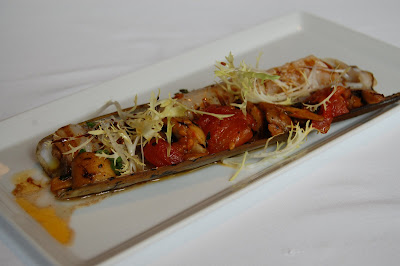 The main is a choice between fish and braised veal, which is served in a thick mahogony sauce and just falling off the bone. Colin liked the veal very much and he's quite the expert at braising, so I'd take his word that it was excellent. 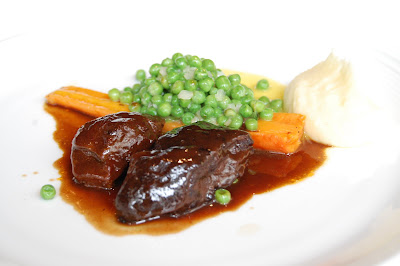 I had also come on a previous occasion for the tasting menu and had so accumulated some photos of individual starters that we'd swapped into the menu like their ubiquitous mushroom carpaccio. 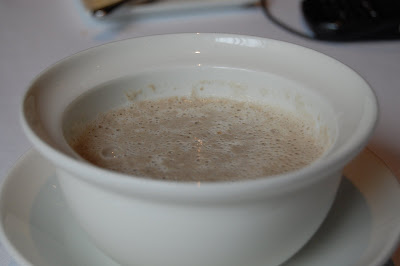 The fish main, which is the alternative to the veal, is also very good, thick-cut and supple, though I think it is very heavy and could be better paired with a lighter sauce! 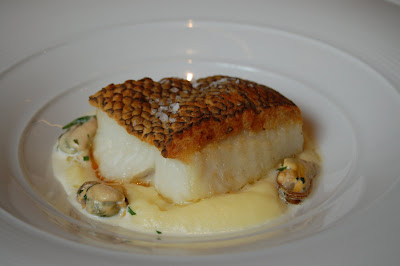 The dishes are rich, yet deft and simple, with clear flavours and uncomplex textures. I am already a fan of Gunther's from Les Amis and because of his baked bread and piglet with Kriek beer but it is marvelous to see him at the helm of his own place, greeting customers and being able to take more risks with the menu. I'd definitely rank it as one of the places to eat in Singapore. 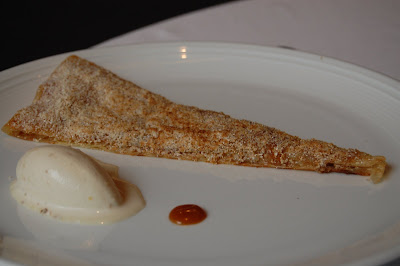 Rather than have massive amounts of the thin apple tart (I've known people to come here just for this dessert, as well as detractors who think it's just rubbish that it's so thin and unsubstantial)...personally I like its thin airy cinammon prata-ness....we opted to have a few more dessert choices. 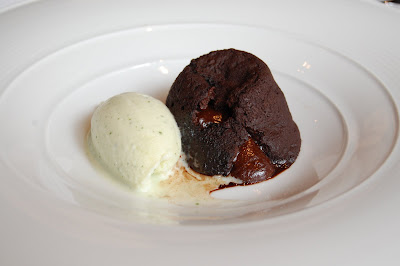 <
We had a molton chocolate cake with basil ice cream(which was a bit sub-par, not least because it had erupted before reaching the table) and a orange Grand Marnier souffle, which is one of my favourites. 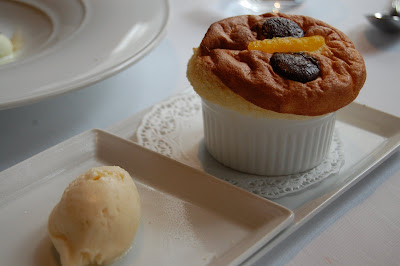 The meal ends with home-made macarons, solid little blocks of truffle chocolate and the signature caneles. I don't think Gunther's really needs a recommendation, his reputation is enough to warrant an experience there, surely? 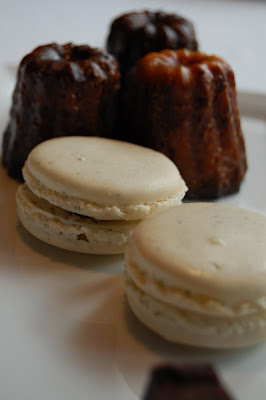 Book early though, the tables fill up quickly nowadays. And stay on the set menu and out of the wine list (I've heard the cheapest bottle is $160 before it jumps up to $800 and I bet corkage ain't cheap!) unless you are out to pay for a good time.