I have been eating a lot of Japanese food lately, and I think it's starting to grow on me. Or rather, I'm becoming more open to the possibility of trying new restaurants that serve Japanese food. 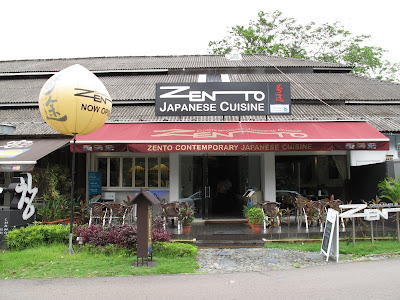 The latest Japanese eatery I've been to is Zento, in Dempsey. Although the old-fashioned zinc roofing might suggest otherwise, Zento is fairly sleek, contemporary restaurant that serves classic Japanese dishes in a modern setting. 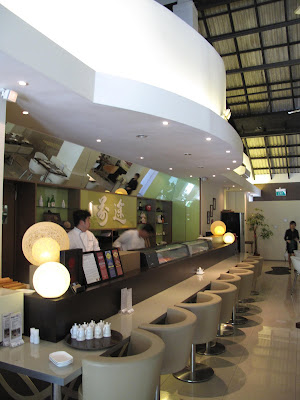 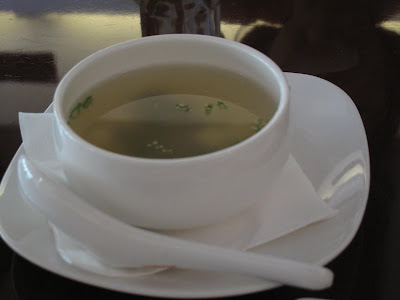 I was in two minds about the restaurant's miso soup served in bone china: on the one hand, it is rather more civilised to drink soup with a spoon than it is to slurp it noisily from the bowl; on the other, there is something terribly traditional about black lacquer miso soup bowls, and a jarring cultural incongruity in pairing Chinese and Japanese heritage in this way. 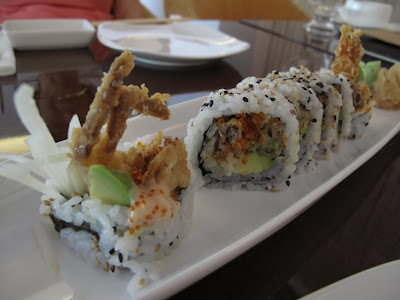 Unlike the spider maki I had recently at Kinki, Zento's version boasted a much more generous filling-to-rice ratio: I could taste the crunchy crab, the creamy avocado, and salty tobiko bursting open with each bite, underneath the pillowy sushi rice. 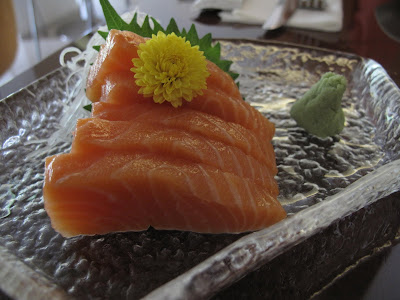 Few Japanese meals are complete without a plate of salmon sashimi, with its pale, pink translucence, striated with rippling veins of marbling. With just a touch of dipping sauce, the sashimi melts in your mouth with gossamer smoothness. 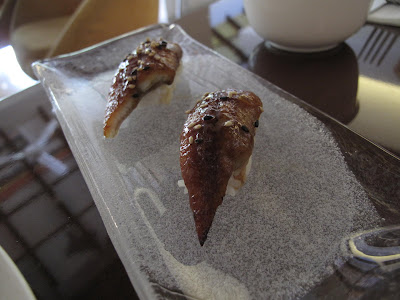 Happily, the grilled unagi sushi was also delectable, featuring a sizeable portion of eel (relative to the rice), which had a slight nuttiness from the toasted sesame seeds that complemented the glazed sweetness nicely. 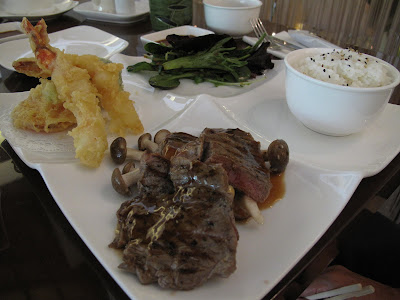 Zento offers some really attractive set lunches: this combination, for instance, of grilled steak, tempura prawns, vegetables (and dessert) costs a modest $20, and is sufficient to accommodate most appetites. 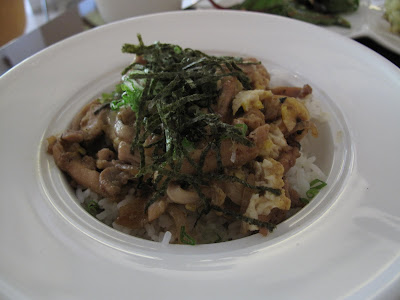 If that's not for you, try a more classic dish, like the oyako-don, which costs only $13. It doesn't look like a lot here, but it was unexpectedly filling: probably due to the richness of the egg-impregnated rice, and the mound of succulent, sliced chicken on top. 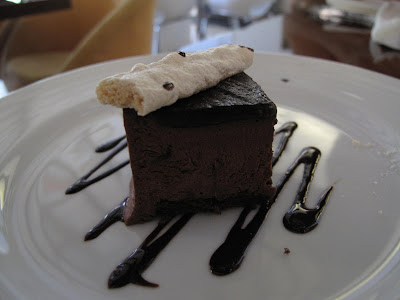 What is not so traditional at Zento is the dessert, which changes with every set lunch, and tends towards European fare. When I was there, the dessert for the day was a rich chocolate mousse cake, which was outrageously good. Dense and unctuous, with just the right level of sweetness, this was the perfect way to end off the meal - to end off any meal, as a matter of fact.

It's difficult to be a truly standout Japanese restaurant in Singapore, but Zento does a fairly good job at trying, with its generous portions, value for money, and mix of classic and contemporary. Everyone flocks to Dempsey for Sunday brunches, bars or European food, but the next time you're there during lunch, think about giving Zento a try!