It's been a while since I was last at Ember, and on this occasion we were there to celebrate a number of birthdays. I see that not many pictures accompanied my earlier review, so it's fortunate that I took more photos this time.

Almost all of us opted to have set dinners, and as the restaurant had only one order of scallops left, we had to choose between two salads. 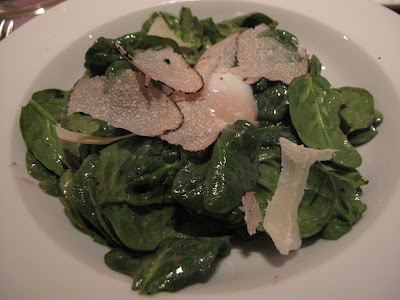 The first was a relatively simply salad of slightly wilted baby spinach leaves, and topped with a generous helping of freshly shaved black truffles. In the middle of the salad lay a coddled egg, which helped to bind the aromatic scent of the truffle within the fibres of its proteins, and, when broken open, also served as a thick dressing for the salad. 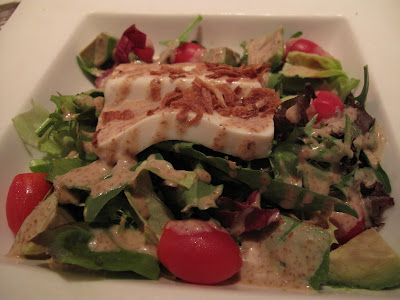 The other choice was a Japanese-inspired salad very similar to what my sister calls King salad, save that Ember's version was sans tobiko and used mixed salad greens instead of mizuna leaves. On the whole, I think I preferred our version, as the mixed salad greens did not have the unique, mustardy taste or crunch of mizuna. 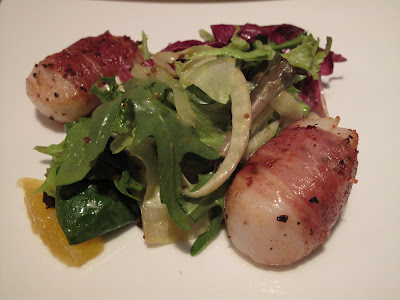 We also managed to snag the last order of scallops, which were wrapped with pancetta and seared to briny sweetness. Fresh and plump, and deliciously paired with crisp salad leaves. 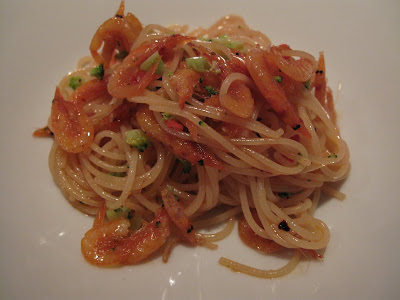 Next up was an ebi pasta, where tiny sakura prawns are fried and/or roasted till they are golden and crunchy, and can be devoured whole. I actually think this is a dish which is best enjoyed chilled, for then the rich flavour of the prawn oil is given full opportunity to develop and intensify, so I was not especially enamoured of Ember's warm version, nor did I like the little bits of broccoli that had been added to the pasta, notwithstanding the extra colour they provided. 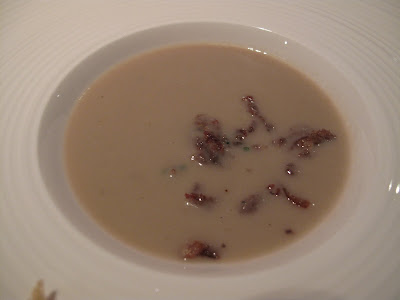 The mushroom soup, however, was extremely salty. When queried about this, the restaurant staff were surprisingly defensive, claiming that it was the result of the reduced chicken stock, and offering us hot water with which to dilute the soup. This may well have been true, but such treatment of customers' complaints is appalling: you might as well just give us mushrooms and ask us to make our own soup. A much more straightforward and palatable approach would have been to take the bowl back to the kitchen and bring out a new bowl of soup, suitably diluted. It always puzzles me why the service industry is so impervious to such common sense solutions. 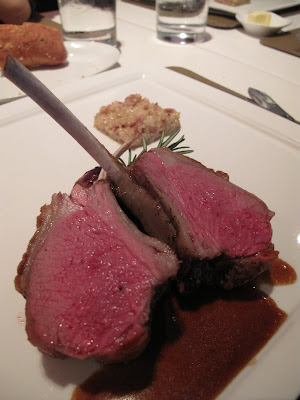 The restaurant returned to form with the main courses though, as my lamb was superb: the meat on the cutlets was exceedingly generous, easily the largest cutlets I've seen recently, and yet was amazingly tender, cooked perfectly, as the rose-blushed hue indicates. 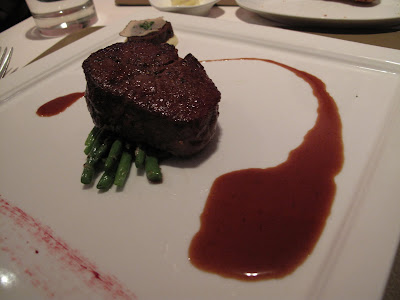 The steak also looked rather impressive, though I was not able to sample it for myself. 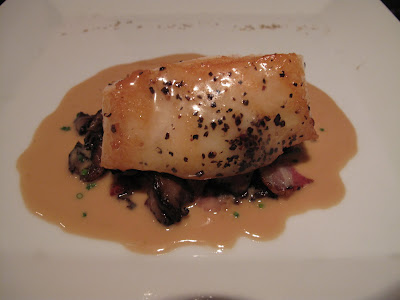 Similarly with the cod, draped with a lush sauce atop a bed of mushrooms. It looked rich and delectably inviting, but unfortunately I didn't try a bite. 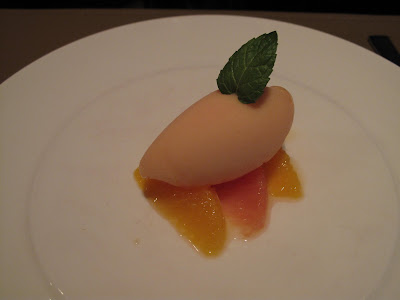 A grapefruit sorbet followed; sharp, astringent and slightly bitter - all stark tastes to help cleanse the palate and herald the approach of dessert. 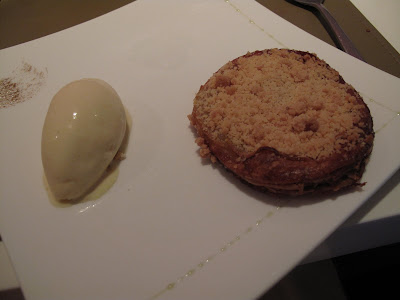 One (and it does seem like only one person ordered it) of the desserts was a crumble of sorts, which I'm not particularly fond of and so did not try. 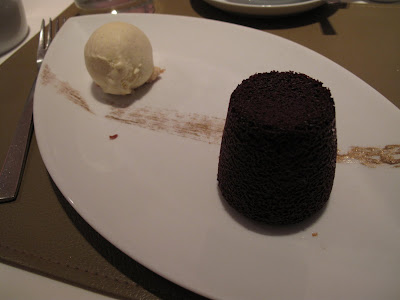 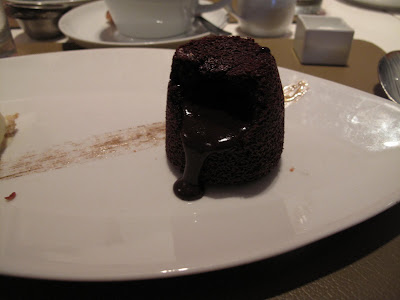 What I (and, it appears, most of the people at the table) am fond of, however, is warm chocolate cake, and Ember's version is still dependably great. Dark and intense, rich and velvety all at the same time, so maybe it's true that good things come in small packages.

Ember has come of age, with all the good and bad that that sort of maturity brings. The food is sophisticated, although with some hits and misses, and service, since it no longer aims to please, can sometimes be a bit rough around the edges. Nonetheless, Ember is soldiering on, and continues to remain a reliable venue for special occasions and date nights, as long as the soup is not too salty.