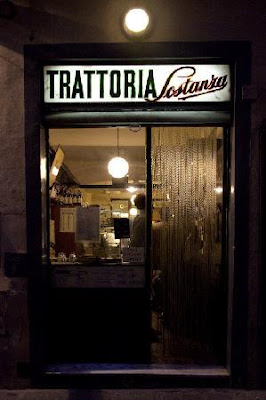 We were fortunate to recently take a much-deserved break from work for a trip to Tuscany and along the way, we stopped by in London to visit with some friends. The winding country roads took us to some beautiful, rustic villages, which I remembered well from previous trips there in 2007 and 2009 and while it was good to visit old loves like Solociccia in Panzano, written about here and La Giostra in Florence here, we also found some even more amazing restaurants, primarily in Florence. (In the other areas, we ate mostly in little family-run agriturismo farmhouses or cooked fresh produce at home, purchased from farmers markets)

I would highly recommend both these places, it was like soaking up the sunshine and rawness of the countryside. The first is Trattoria 4 Leoni, set in a beautiful side-street courtyard, perfect for the midday shopping stop and for watching beautiful people. Try the hand-made pastas, especially the pear argula ricotta ravioli , the duck ragu papardelle, the frito misto or the calamari. Their dishes were really delightful, delicate yet with robust flavours. The location is fairly central, just off the commercial stretch so I would recommend the place more for lunch, that way you can fully appreciate charming the semi-outdoor location and charming tuscan crockery. 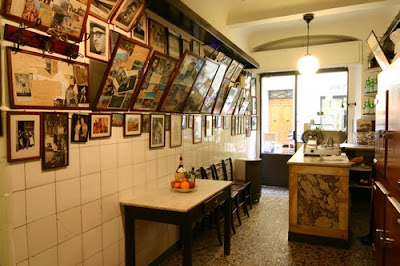 The other place is definitely a dinner place, also fairly central but out of the small, tall nexus which borders the Piazza della Signoria and a slight trek outward to where the Opera is. This place is called La Sostanza and Frommers calls it "Il Troia" or the through, because people have been lining up at the long communal tables since 1869 to enjoy huge amounts of some of the best traditional food in the city. Despite that omnimous name, I have to say that this was the most mind-blowingly delicious and inspirational meal I had had in a long while. 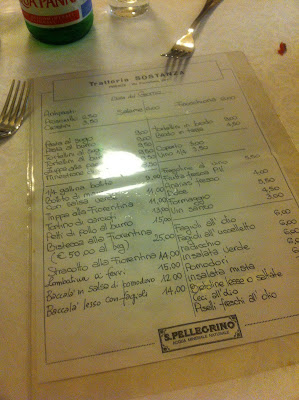 It is a typical hole-in-the-wall, tiled, cramped, busy and flooded with noise and kitchen aromas, one of those eating experiences that you know will be good because so many people can't be wrong. We had heard of it from a friend whose wife is a Hermes reseller and who is frequently in Europe, he did not recommend it to us, rather he ordered us to go here and so we dutifully made a booking (absolutely necessary as there is not a spare seat in the house, on any night). Upon sitting down, we were entertained by the local family who runs the place, half of whom communicate in no English and a number of hilarious, typically Italian gestures. The menu is short and simple, starters are things like chicken soup with dumplings, or a peasant form of brodo, or ribollita, common to the Tuscan countryside. 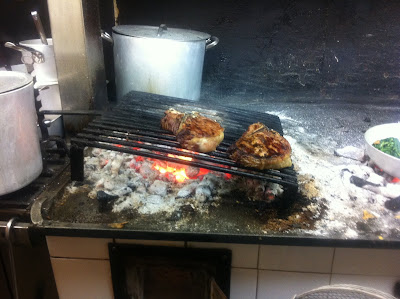 There are two mains that are particularly popular, the Bistecca Alla Florentina, which is sliced thickly and slapped over a charcoal grill at the back of the restaurant, and the Petti di Pollo al Burro, the thick chicken breasts fried in butter. The bistecca was excellent, I've had many of them in my life and this ranks as perhaps one of the top two. 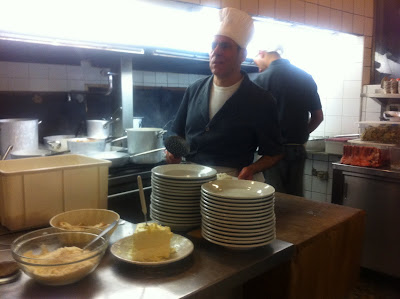 When we arrived, I spied a huge block of fresh butter sitting on the marble kitchen counter and out of the corner of my eye, I saw the chef pick up a small frying pan and shovel a large icicle-shape pick of butter into it. This was thrown over the charcoal grill and he started to flour and batter some chicken pieces. These were then fried into a sweet, caramel brown, entirely immersed in the crispy hot butter. 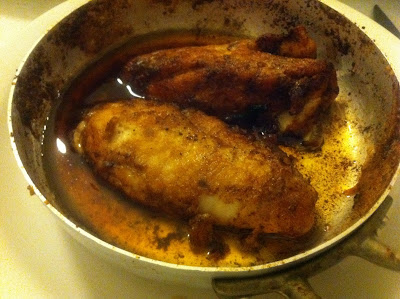 It might look like nothing on earth but looks are deceiving. The flavour was out-of-this-world good, it was like a glorius meld of chicken and cotten candy, like eating the first fried chicken you'd ever tasted, probably like the first chicken Adam and Eve ever tasted. The fried chicken in butter at Sostanza should really be amongst the 10 foods to try before you die. I've been jogging every week since I've been back and I still feel guilty about this dish. 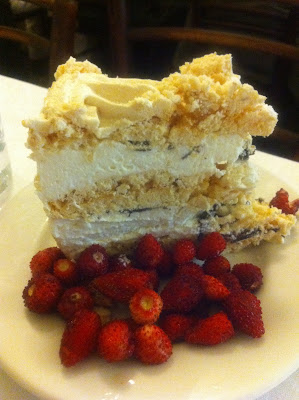 Just to cap it off, we had two slices, because it was that wicked good, of their meringue cake, topped with tiny, sweet wild strawberries, known in France as "fraises des bois". 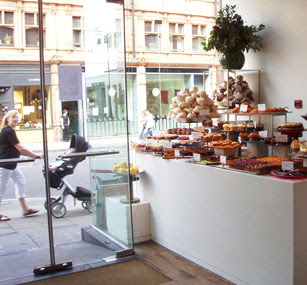 On the way back through London, we were fortunate to stay with D. and S. who are also big foodies. Of course, we clattered through all my old memories, the roast duck at Goldmine and Four Seasons in Bayswater, the cupcakes at Hummingbird Bakery, sandwich stores near LSE and the Petersham Nursery but the most rewarding part was being introduced to new places, like Ottolenghi in Notting Hill, where we went for Saturday brunch. Turns out I'm really behind the curve, when I looked it up online, the chef is dead famous and has been writing recipe columns for The Times, there are too many blogs with odes to the place and even Colin said he'd already been there when he was studying in the UK, some three years ago! 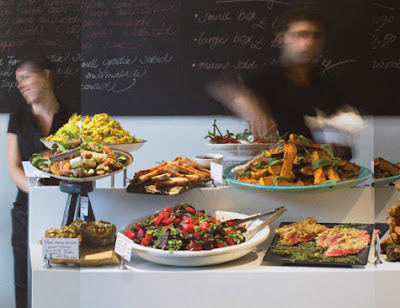 Shaded by a white awning, this small unassuming cafe afforded a beautiful variety of savoury and sweet treats. It's rare that a place can successfully do both but here, you really could choose between thick quiches, tomato ricotta tarts and quinoa salads, as well as lemon marscpone tarts, muffins, chocolate slices and everything was so well-done. The flavours were rich and sweet, full-bodied and colourful. The tastes slanted a little toward the Medittaranean, as most of the new restaurants are but were generally what I've come to refer to borrowing from world cuisine. I'm so inspired that I actually want their cookbook (a Huge compliment, I don't hold with cookbooks generally) and I've printed a few of their recipes to try soon. 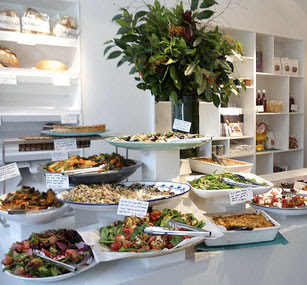 What a wonderful, recharging break! For those looking for some decent but inexpensive places to stay, check out The Hempel and The Arch in London and Residenza Il Maggio and Giglio Bianco B&B in Florence. In London, the hotels were delightfully modern and luxurious, in Italian cities of course, the rooms will be more rustic but they were well-cleaned and safe. We paid about 130£ and 80 Euro for some very central, lovely stays and service.

Will try out Ottolenghi with the kids next week. We are off to London. Thanks!

Nom nom nom - 4 Leone was very good but Sostanza was awesome. Both quite full of foreigners, though that should not be much of a surprise given that it's in Florence and the local Italians would likely be having their midweek dinners at home!