It was always a mystery to us why we could never get going earlier in the mornings. 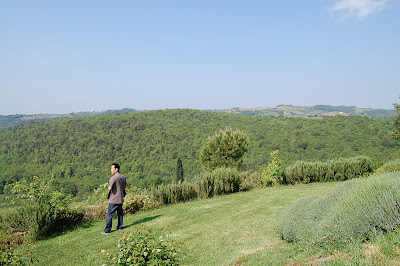 The reality though, was that the house and our living circumstances were so lovely, that inveriably we pottered around in the morning, even after breakfast, just enjoying the sunshine, the greenery and the company. 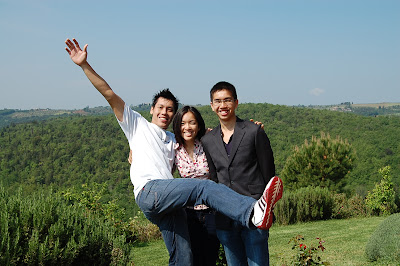 On Tuesday morning, we finally got moving at 11am, realizing that if we wanted to take Colin around the Duomo in Florence, we were going to have to set out at least before lunch. He would be departing to go back to school in the UK later that day (his little self-directed holiday over) and so we loaded his bags, as well as a few bags of garbage from the house into the car, to take out to the recycling sheds. 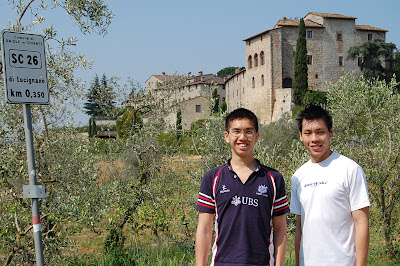 Why is it though, that when you are on holiday, even taking out the trash is enjoyable? 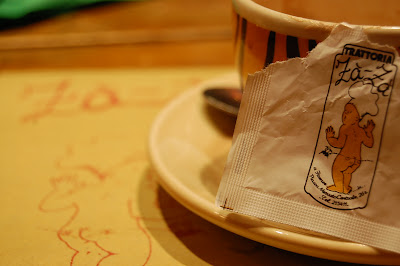 By the time we finally pulled into Florence, it was time to head straight for lunch, which we had booked at Trattoria ZaZa. This was a casual, brisk little bistro near a market street in central Florence, right near the Duomo and it was packed with a lunchtime crowd. 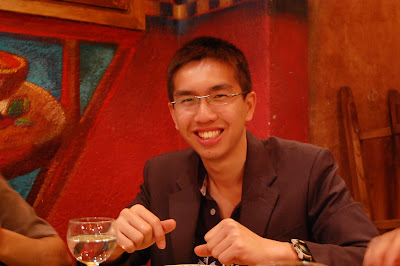 Despite protestations from the girls that they were too full for much lunch, the guys, determined to show Colin one last good Italian meal, decided to order a trio of appetizers and then followed this up by two pastas. 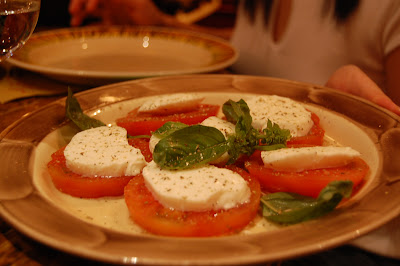 The pastas were truly terrific though, full of savoury juices and warm garlic. 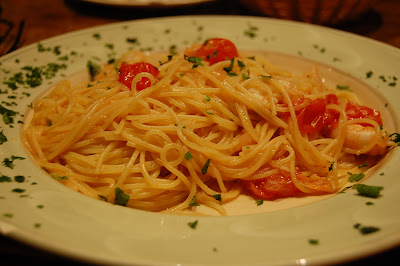 I'm sure even the guys were sorry though, when our primi platti arrived and they realized just how much Bistecca Florentina we had ordered. 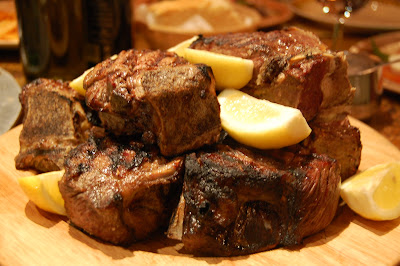 We did our best and although we appreciated not having to grill our own Bistecca this time, the different chunks of meat were cooked to varying degrees. 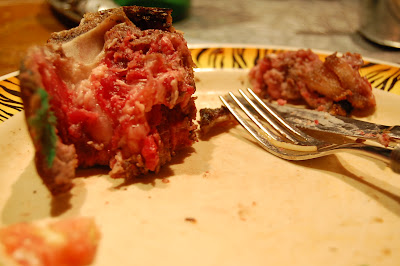 On some of the pieces, the meat was really virtually uncooked, while on yet other pieces, it was cooked to perfection. Notwithstanding that, the flavour was great, you could taste the chargrill, at the same time, the meat had a raw, fundamental earthiness and slightly tough yet pliable texture that was outstanding. 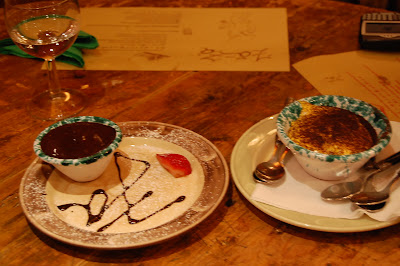 Despite being entirely full with meat, we made some space for their panna cotta, tiramisu desserts and cuppuccino. Tiramisu can be a very subjective thing- I much prefered the tiramisu at La Giostra, a soft, lightly creamy, classically Italian tiramisu. C. though, preferred this tiramisu, a stiffer, egg yellow cream concoction with a strong alcoholic kick and dark chocolate shavings. 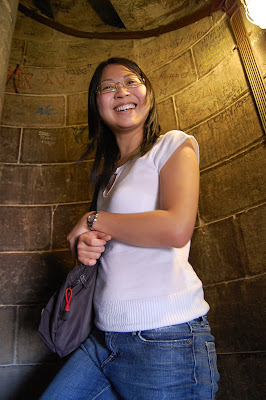 After taking in so much protein and carbohydrates, we took a quick and sweaty tour of the Duomo and up the many flights of steps to view its magnificent ceiling frescos, before Billy and I drove Colin back to the Florence airport to catch his flight. 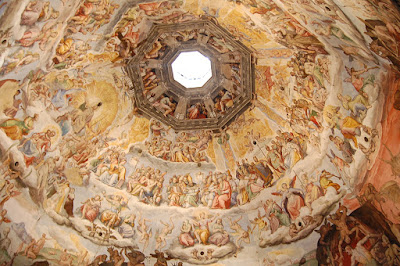