Day 6: Hiking Cinque Terra and Dinner at the Marina 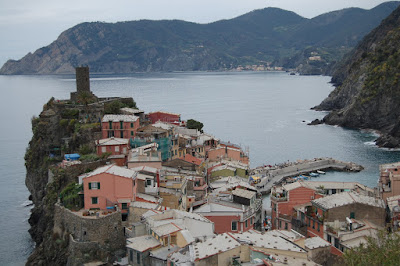 I just realized it is Cinque Terra, not Cinq Terra. Haha! Blame it on my french bias. 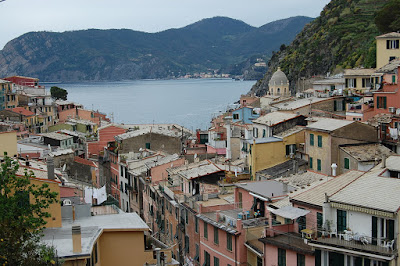 After tea (and you know, after the massive amount of eating we had done over the last week), we really wanted to take a hike and we walked to Corneglia, about an hour and a half away, through the hills and the most breath taking scenary. 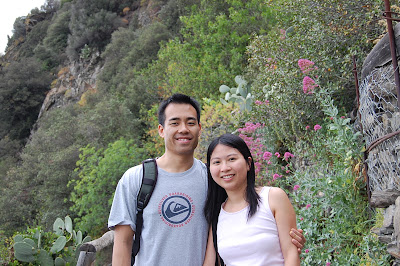 There were parts of the walk that were esconced in temperate forested areas, as well as paths by the cliff which looked out onto wispy spring flowers and the most gorgeous collection of little headland towns. 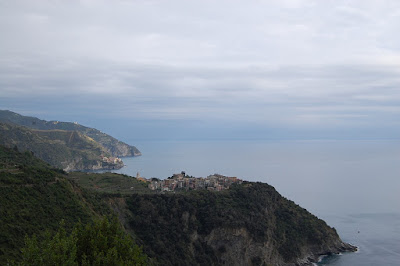 This is pretty much when we realized the effects of having eaten so much Italian food for a week. All pretensions that we had any real restraint went out the window as we huffed and puffed our way up the slope. 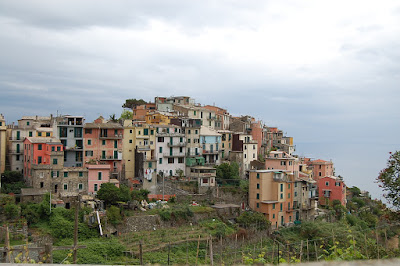 After the hike, we trained from Corneglia to Manarola where we had dinner, as we had to give Riomaggiore a miss. There is apparently a lovely walk there, known as the Lovers Walk but given that bad weather and some rock falls, some of the hike trails were actually closed that day. 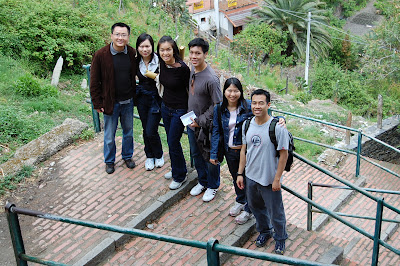 For dinner, we went to this little place on the Marina at Manarolo and I believe it was called Marina Piccolo. The reason I'm not entirely sure, is firstly, that the capacble S. planned the entire Cinque Terra itenary and I was so happy to leave it in her hands that I was entirely switched off. Secondly, after hiking an hour and a half, I was too hot, too tired and too heavy to think or remember anything in particular. I know, it's awful. 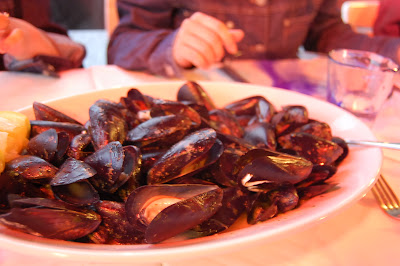 I do remember what we ate though and it was primarily seafood. We had a seafood linguine, a large bowl of mussels and hard bread, a thick sauced crab squink-ink pasta and a dish of calamarie. 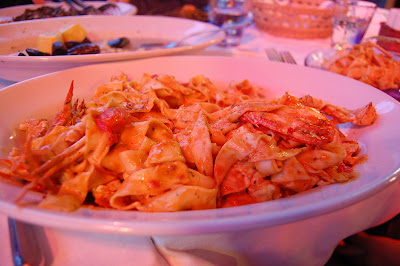 All seaside towns pride themselves on their seafood. However, for many, this has become a tourist institution, rather than a real culinary experience. This was probably the case here as well as the whole restaurant and area looked somewhat deserted. Most of the people hiking with us seemed to either have gone back to La Spetzia (probably afraid to miss the last train downhill and be caught out for the night in one of these windswept headlands) or perhaps gone to the bigger towns, or maybe we were just there in low season. 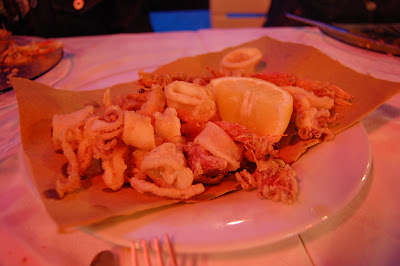 The cooking sort of matched the freshness of the catch, somewhat half-hearted and lacking. The pastas were in extremely thick, creamy sauce (which I really don't associate with seafood) and were disguising, rather than enhancing in their texture and tastes. The calimarie was good but generally, I felt that everything in the town was probably just out of a can and that the fishing boats were mostly for show. 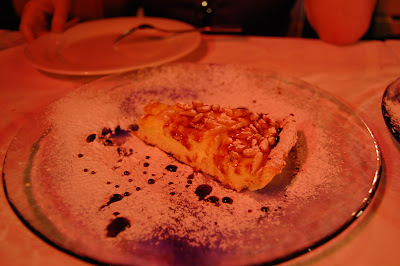 We walked into the kitchen (that was how lacking the service was) and saw the dessert cart, in their chocolate tart, they had burnt the chocolate! There were obvious smears of slightly charred chocolate. The lemon tart looked only slightly better but their custard tart with pinenuts looked good and it indeed was. It was the best thing in the meal, with a great combination of creamy custard, delicious roasted pinenuts and a dark caramelized sauce.