Day 3: The Tuscan Job, Cooking In and Siena Sightseeing 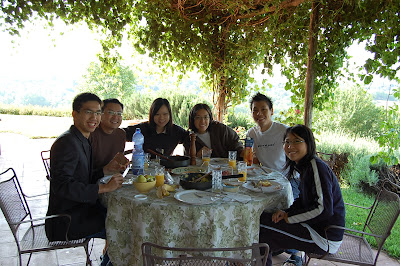 Communal living was also a lark. Breakfast was especially challenging, every day a new menu, sometimes scrambled eggs (like on that first day, when there was nothing to eat but what we could scavenge from the fridge and freezer), sometimes a full spread of tomatoes, hams, yoghurt, cheese and french toast. Always, always, someone dragging a towel, looking for an unoccupied bathroom. The Beach Boys and cha cha cha playing on the stereo, music floating out the door into the bright and cold morning light and Colin shimmiying in dance steps, up and down the cobblestone and brick floor to the beat. Billy doing push-ups and shouting Ciao Bella and C.'s merry amused laughter as she hobbled out of the hideyhole corridor from the guest bedrooms across to the stove to peer into the bubbling breakfast saucepans.

We did do quite a lot of cooking in that house. Every morning, we would make breakfast. Pancakes one day, omelettes the next, double cheese toasts when we didn't have time. We also had some great dinners and at every dinner, we would play the slideshow of our pictures of the last few days. 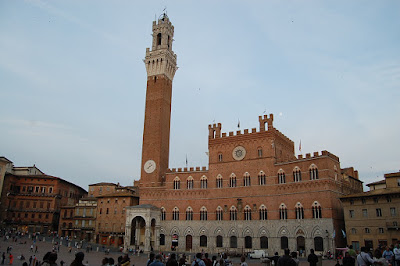 The first dinner we had was Sunday evening. After Panzano, we rushed back toward Siena to explore the city and to desperately find a supermarket where we could stock up on groceries to last us through the impending Labour Day holiday. In Italy, finding a Coop or an Iper-Coop (Hyper-market) is not actually that easy. Finding one that stays open till anytime in the evening, was frustrating enough to tear one's hair out! 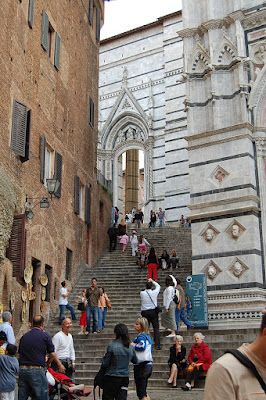 We looped through the uphill labarinth that was Siena's streets, before we finally found an organic supermarket of sorts that was open. 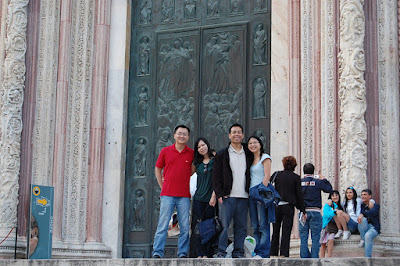 If you look carefully at this picture, you can see the supermarket bags stored behind the legs. After we'd found our groceries, we rewarded ourselves here with gelato... 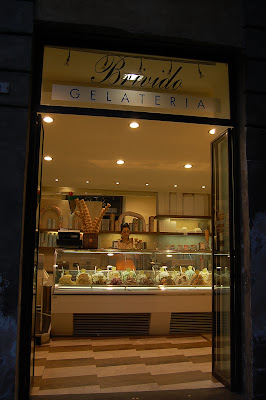 Our plan was, since we were stuffed from lunch at Dario's, we would cook just one of the two Bistecca that we bought for dinner and accompany it with the vegetables that we had bought in the Panzano day market and some rice. 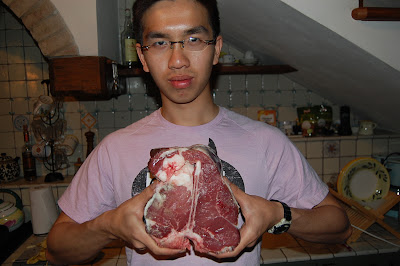 Before I left Singapore, I had the foresight to chuck three packets of Nasi Lemak (coconut) rice, some rendang and chicken curry sauces into my bag, knowing that after a week in Italy, we might be good and sick of rich Italian food. This is M. laughing as he measured out the water for the rice cooker. This was because, having just returned from the US, it amused him a lot that these Singaporeans were so mad as to have brought their own food to Italy. He wouldn't be laughing by the last day though. 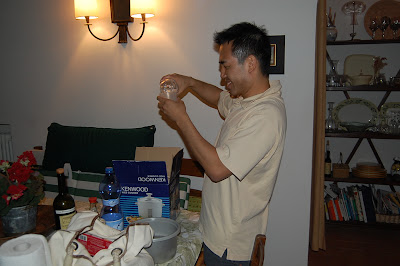 I was slightly puzzled about why Colin, knowing we were to grill the steak, didn't buy any herbs in the supermarket but upon getting home, he disappeared for a few moments, then re-emerged from the garden, clutching a ginormous bundle of rosemary and sage in his hand. 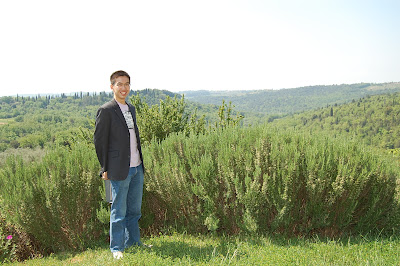 This is Colin a day earlier, grinning because he'd recognized the giant rosemary find. I had completely forgotten that we were in Italy and...we had entire bushes of herbs in the garden! 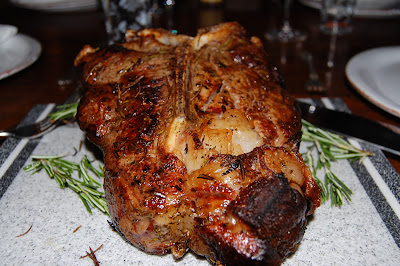 This is his masterpiece. 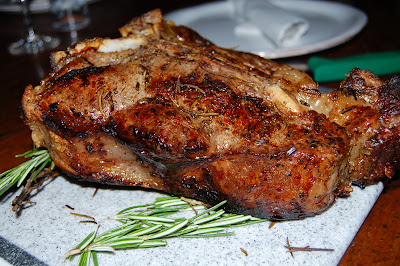 And again, because it's just such a lovely piece of meat. 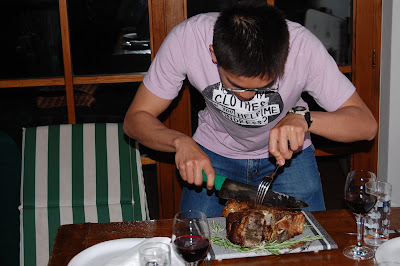 And this is the carving up of the meat for our meal. I'd also bought some apples during the day and with those and a few plums, made a warm fruit pie for dessert. 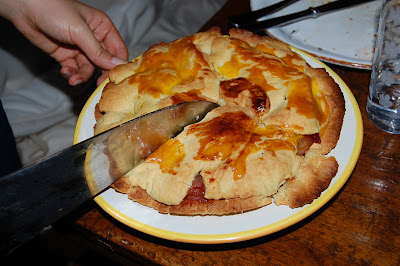 The whole point was to get to bed early but by the time we arrived back home from Siena, it was close to 9pm and we didn't wind up getting to bed till midnight! 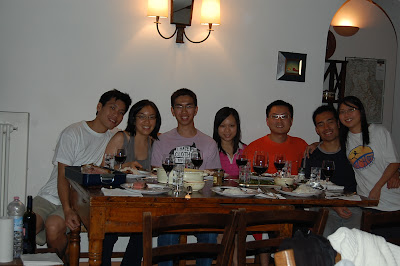