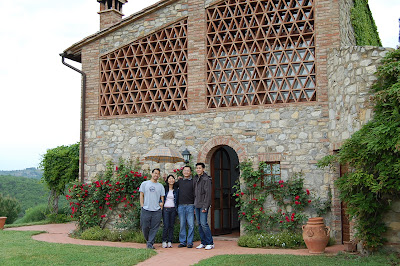 Sadly, our time at the villa had come to an end. We packed up early in the morning and bade the house a sad farewell.

We brought out the maps and begun the long drive back North, around Pisa and toward the seaside towns of Cinq Terra. We pulled in to La Spetzia at about noon and checked-in to our hillside hotel.

Personally, I just want to say that after this trip to Italy, my top stock picks are MY Hotel (a boutique budget hotel chain, bursting at the seams with travellers), Coop/IperCoop (or some other supermarket chain like Conad or Esselunga), from what I can see, there is definitely a shift toward shopping in supermarkets for the increasingly urban Italian population and definitely a luxury brand; amongst the many, I like Gucci (they've been making good buys like Bottega Veneta, which is still white-hot in Italy). If they work out, maybe they could fund a return trip to Italy eh?

Ok, sales pitch over. We grabbed our trekking shoes and headed out to the train station. 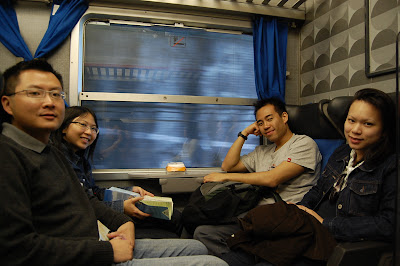 Cinq Terra, as the name suggests, has five little towns or headlands in the sea, Monterosso, Vernazza, Corniglia, Manarola & Riomaggiore, which are spread out over 5 miles of rocky coast, surrounded by vast areas of dry walling & cultivated into vineyards.

J. gave us a good tip to stay in La Spetzia and take the rail up to the individual villages, rather than risk the steep drive up to stay at one of the villages. 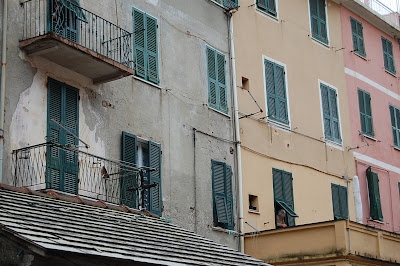 We trained out from La Spetzia to Monterosso but bad weather followed us all the way. 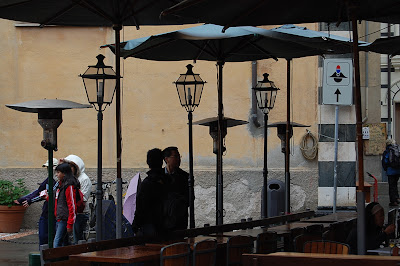 Even in the rain though, one could clearly make out that these were these were colourful, perhaps slightly grimy, vacation towns. 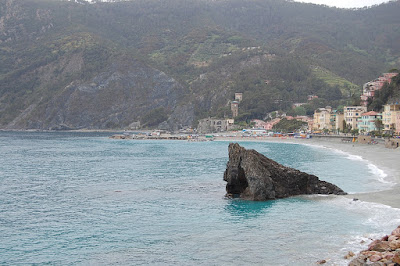 There were lots of young families and backpackers, similarly on vacation and many locals had rented out rooms in their homes and shops for iternarant visitors. 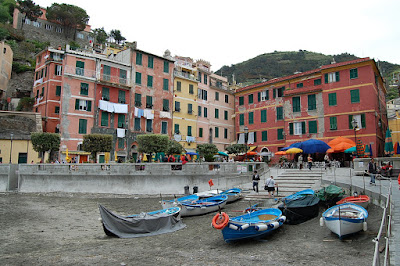 We continued from Monterosso to Vernazza where the rain had let up a bit so that we could take a walk. 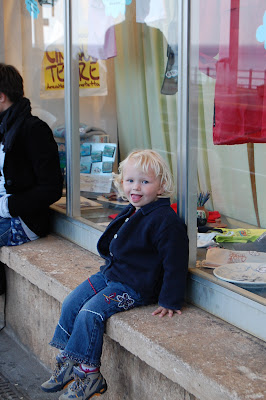 Vernazza is probably the most representative town of the five, so we decided that we would spend more of our afternoon here, walk around to see the sights, then head on the mountain-side trek toward another village. 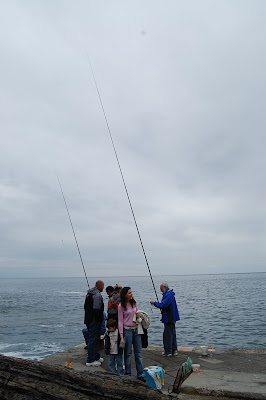 At Vernazza, we also visited the Il Pirate Cafe where hoards of tourists come for breakfast. 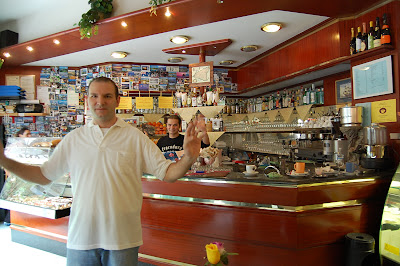 Little wonder as there is really not much food in the villages and this place has really cheery ambience, a funny manager, as well as cute desserts. 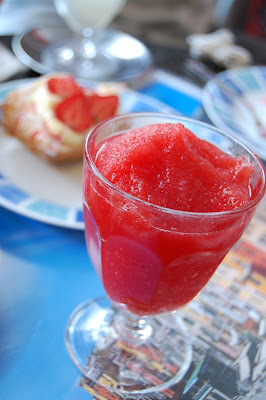 We were served a few fresh granitas, which are made out of freshly squeezed lemonade and strawberries, with dollops of cream. 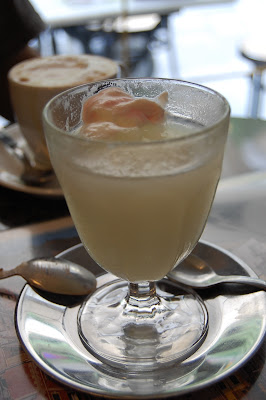 In case you want to eat, the other house specialties include home-made cannolonis and strawberry pastries as well as tiramisu. 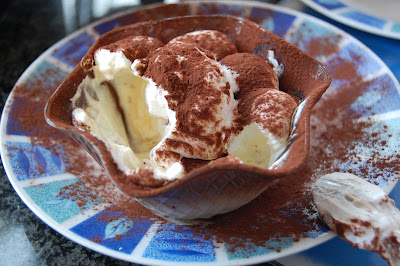 While the tiramisu was a bit bland in taste (but served in a very kitsch ceramic cone dish), the cannolonis were good and I was impressed that they made them out of the random little kitchen. 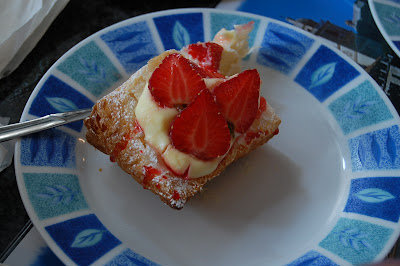 No matter what you wind up having, you should wash it down with some fresh spermuta or blood-orange juice. The juice in this region, I found, over the next couple of days, is more like a ruby grapefruit juice. The oranges themselves bleed a vaguely red colour and the resultant juice is a macarbe but delicious dark red. 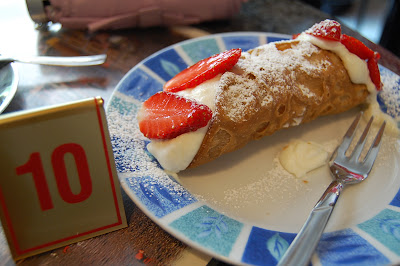