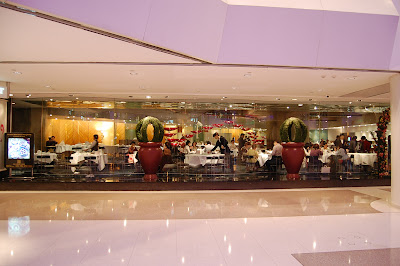 My trips to Hong Kong are sometimes like that and during those times, there's not much food to speak of, even though we're in the Mecca of the "cha chan teng" (dialect for literally, the coffee shop) either because time doesn't permit even a quick dash to Wan Chai or Causeway Bay, or because it's too late even for a steamed milk pudding like pictured here

I usually stay around Pacific Place and to allay the loneliness of travel, I'm sometimes scrounging around the mall for some comfort food (boy, that sounded sad!). This is the place that I usually wind up at- a noisy, Hopper-esque basement joint called Zen. 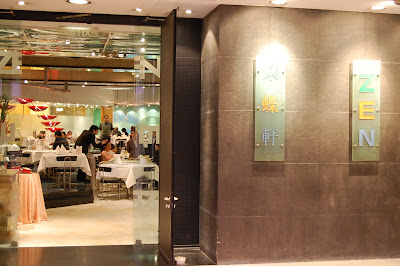 There is not much Zen about it but the food is fast and good. The soups here in particular are made daily and with the varying, creative ingredients that seem only present in HK soups- lotus root, jasmine flowers, pork bones, corn, red dates and tomatoes. I've had different kinds of soup each time I've eaten here but they are all good. Boiled clear, piping hot and satisfyingly concentrated and nutritious. 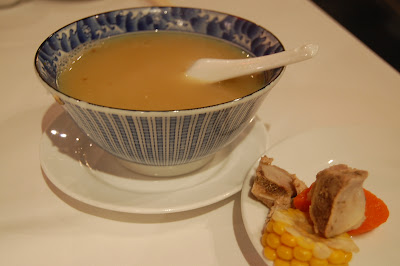 My favourite dish is the fried HK noodles, with beef and mushrooms. They also have a seafood version but the scallops are a little unnecessary. This really isn't fancy food, just a one-dish meal with tender meat and these great straws of crunchy noodle. It's a little starchy but seriously, in HK and late enough at night, that just adds to the fun. 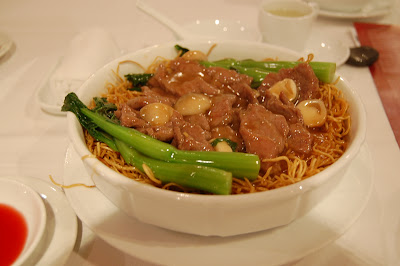 The menu also incorporates some good dim sum and while the place isn't exactly cheap (I think the soup is alright, probably around $10SGD for a big pot for two or three bowls but the noodle is more expensive, probably around $35SGD for a dish that, to be fair, is too large for one person), it's convenient and it's a much sweeter smell after HK banned smoking in restaurants and pubs. 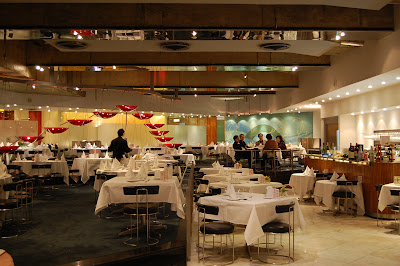 The menu is extensive and the restaurant has ample seating with a lot of corporate clients during the day. The funny thing is, I just stumbled upon this restaurant the first time I arrived in HK, hungry and not knowing anyone and now that I go back often, I've read that it's actually one of the most famous for quality cantonese food and businesses lunches in the city.