One term that I came across when I worked in the US-centric finance sector and which always made me laugh, was this concept of "back-to-school" season. Analysts would say that the back-to-school sales were disappointing, down so much on last year because parents expected to spend 35% less on new shoes and stationary, or that in anticipation of back-to-school season, Walmart and Office Depot were sending a Sunday newspaper insert that would reach 40 million households, for example.

The back-to-school period was a consumer sentiment precursor to Christmas and PC magazine even told you that back-to-school sales, typically over the next two months, were the best time to buy a laptop.

I don't know about you but for me, when I went back-to-school, it certainly wasn't any affair that was going to cause a blip in national spending. When I ascended to a new school, I would get a set of starchy too-long pinafore in a yellow bag from Bibi and Baba and maybe once a year, a new pair of white velcro Bata shoes.

I'd also get a large red plastic bag of textbooks, a couple of brown grainy exercise books (remember the ones for Chinese with faint blue graph paper boxes?) with the national anthem printed in dark brown on the back and if my mom was feeling generous, a few plastic covers for books or a new box of Steadler pencils, which I would then hoard for as long as they stayed pristine.

The thing about this shopping was, I really didn't want any of it! Notwithstanding the colourful slinkies, origami paper and Japanese jelly pens carried by the school bookshop, back-to-school sales weren't a particularly pleasant reminder. Today, I look at kids and wonder, is that the indifference and maybe even resentment they feel about these luxuries I think they're getting, like laptops and sport shoes?

And, when will we see a back-to-school season in Singapore worth talking about? A blip in MPH or Popular profits? A rise in traffic ERP takings? Maybe one day, we will see analysts talking about an Asian version of back-to-school season in China, where the population of one-child students and anxious, newly affluent parents would be enough to cause a consumption heatwave before school semesters.

I digress. Do you remember the time, when birthdays meant you got to cut a kaya cake in school? Or maybe for you, it was a chocolate buttercream with chocolate rice and those pink and red wafer rosettes. Remember when we all wore purple plastic spectacles and horribly tacky Asian vacation tee-shirts tucked high into drawstring shorts? Remember the school tuck shop with 50 cent bowls of mee with fish cake, in light blue melamite bowls and thin straws of yellow jelly and frozen ice that cost 15cents?

You may deny some of this depending on your vintage but deep down we all know we have some childhood favourites and if not, then at least childhood nostalgia. For the next couple of weeks, we're baking up old-school recipes, the stuff of childhood memories that we would like our own children to try. Leave a comment and tell us what you used to eat, what you remember and what your kids do now!

Here's the first post of the series, I remember Blueberry Sponge Cake for birthdays and this remains one of my favourite things to make, a light, healthy, easy-peasy recipe, jazzed up with the addition of real vanilla bean pods. 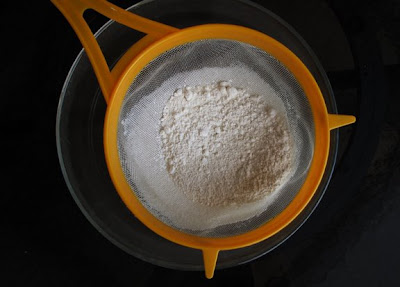 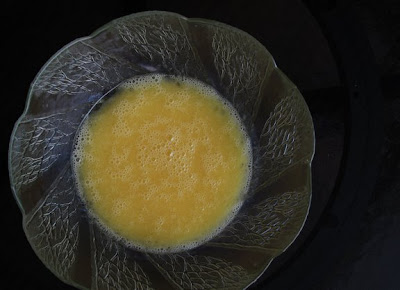 Mix the four yolks with the vanilla essence (or vanilla seeds), the grapeseed oil, water and melted butter. 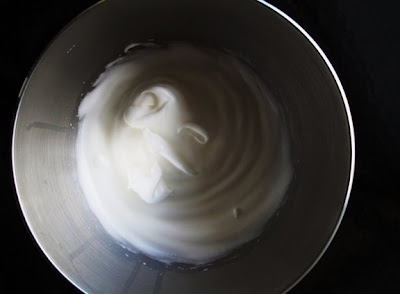 In a mixing bowl, beat four egg whites with the cream of tatar and caster sugar till they are stiff. 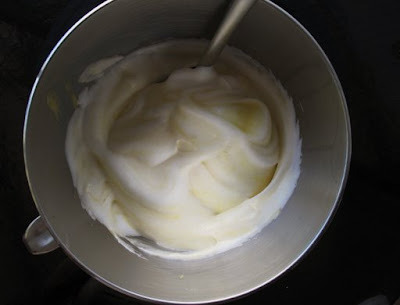 Fold in the egg yolk mixture gently. Boy, this is really simple, isn't it? 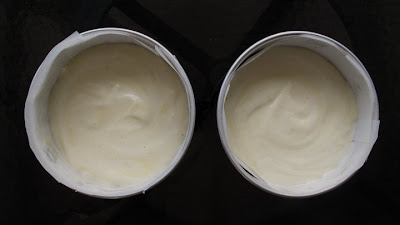 Fold in the flour mixture and pour into two equal size baking tins. 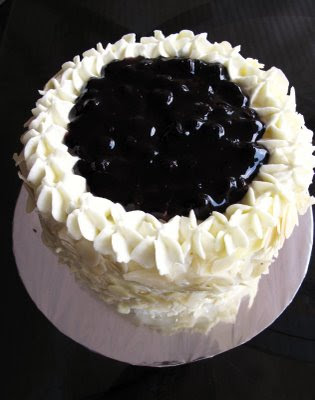 Bake for 45 min in a preheated 180C degree oven 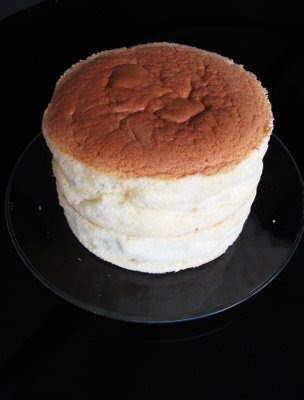 When they are completely cooled, stack the two cakes on top of each other. Whip the whipping cream and open a can of blueberry pie filling. Spread a thin mixture of both in between the cake layers. 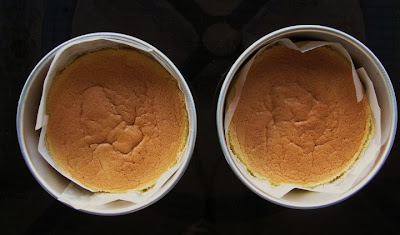