Restaurants with French names have a really hard time in Singapore. Ivan has documented how Absinthe's name has been butchered, and I suffered some physical discomfort at hearing someone announce we were going to dine at a new restaurant called Le Feegyoo. 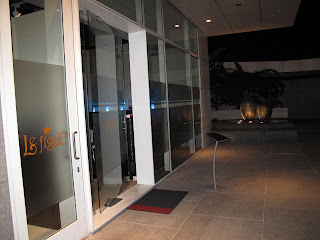 This much-mispronounced new restaurant, as it turns out, is Le Figue, a French-themed restaurant that has replaced Whitebait and Kale at Camden Medical Centre. Named after the fig (though with an ungrammatical masculine "le" instead of the feminine "la" because chef Kelvin Lee wanted part of his name incorporated), and pronounced the same way in French as in English (after all, no one says "the plagyoo"), Le Figue is only a month old, but is already showing promise. 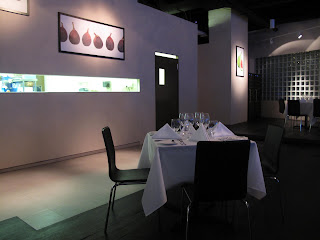 Intriguingly for its venue, Le Figue has decided not to maximise the use of its dining space - there are only a few tables and a capacity of, at best, 30 people. The interior of the restaurant is quite spartan, lines are stark, and the white and brown colour tones do not soften the austere dining environment. A narrow glass panel allows diners to look through into the kitchen, which seems to be all the rage these days. 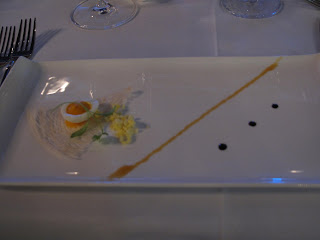 A hard-boiled quail's egg was served as the complimentary amuse-bouche, with the yolk scraped out and replaced with a carrot veloute. An interesting concept, but a little too deconstructed for my liking. 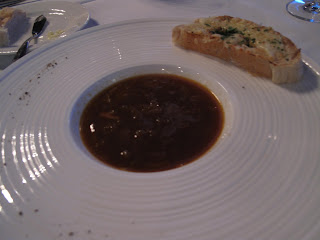 However, Le Figue is not so postmodern that it does not include classics like French onion soup, though without the usual floating, flambeed gruyere croute, which comes instead neatly perched by the side. 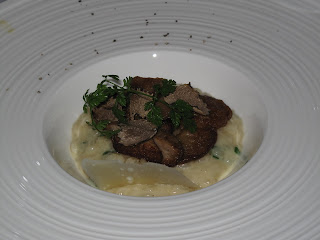 My starter of porcini risotto with freshly shaved black truffles was a very classy affair. The risotto grains were just a shade under-cooked, but the blend of robust porcini, earthy truffle, piquant parmeggiano and creamy, luscious risotto was compelling and irresistible. 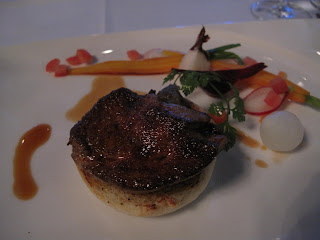 Others ordered the pan-fried foie gras with fig compote, which is delicious. The fig compote lends the jammy sweetness the rich foie gras needs, while the blini the lovely liver rests on bulks up the dish. An intermezzo followed; red fruit sorbet. Pleasantly palate-cleansing, I was looking forward to the main course. 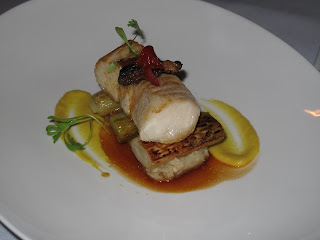 Despite comments from my family that Le Figue's menu is rather limited, there is actually quite a lot to choose from if one wants to be adventurous. There is the usual fish course, which I of course did not order, but I believe it was a cod dish. 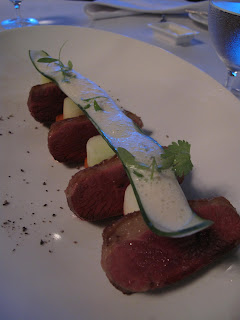 For those who fancy slightly darker meats, there is a stunning dish of duck breast elegantly plated with a strip of soothing cucumber and some root vegetables. The duck breast was slightly too undercooked for the ladies' tastes, but the staff were very accommodating and whisked it back to the kitchen for some extra cooking. 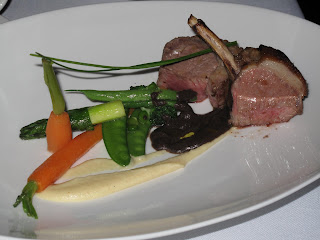 Le Figue offers some beautifully cooked lamb chops that are not only gorgeous and meltingly tender, but also come with a substantial amount of meat on the bones, which is not always the case when ordering lamb cutlets. Paired with an assortment of vegetables, I can think of no cleaner way to enjoy lamb. 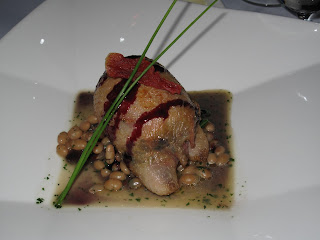 My main course of boneless quail stuffed with haricot beans, foie gras, duck gizzard and mushroom ragout was a revelation: technically complex, the quail emerged very succulent (possibly courtesy of some sous-vide treatment, though I speculate), moistened by the melting foie gras and sweetened by a slight drizzling of balsamic vinegar. My only regret was that the dish is far more substantial than it appears - the haricot beans fill you up very quickly. 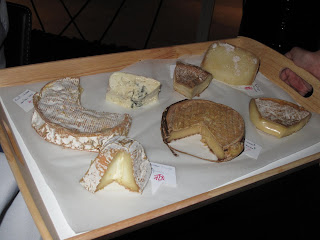 While Le Figue does not have a dedicated cheese trolley, the fact that they do have a cheese board is extremely encouraging, and shows that the restaurant's dedication to French food is not just skin-deep. 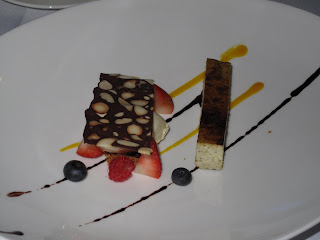 Desserts are elegantly put together, with a happy combination of classics and reinventions. One of the latter is the pistacchio creme brulee, served with fresh berries and a Tahitan vanilla bean ice cream, which I thought looked a little firm, but will appeal to nut-lovers. 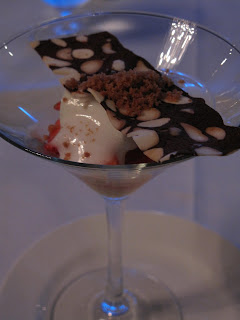 A variant on panna cotta, Le Figue serves milk jelly with organic lemon and a champagne emulsion. Think of it as a jellied fruit cocktail. 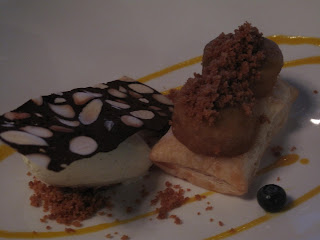 Continuing with the fruit theme, you can also try the caramelised apple served on a flaky sable pastry with chantilly cream. 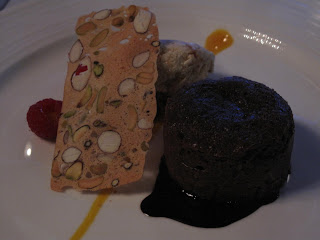 There is also the ubiquitous warm chocolate cake, just in case one does not feel like being healthy.

Conveniently located off Orchard Road, being situated in Camden Medical Centre means there is never a shortage of parking lots, and the restaurant is so hardworking that unlike many joints, it does not close one day of the week. Service is disarmingly helpful and friendly, as the restaurant patiently took my call and accurately verified my inquiries. In addition, Le Figue offers a very competitively priced set lunch at $28, which I think is quite a steal for the kind of food you get.

All in all, I think Le Figue is a magnificently underrated restaurant, and I hope to return in the not too distant future to see how the fig has ripened.