It is sometimes a great pity that restaurants that garnered good reviews, like the Cicada, close down before I ever get round to trying them. 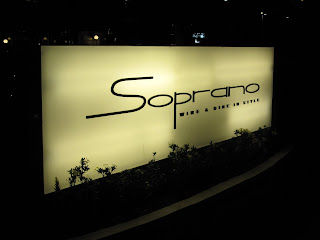 It is an even greater pity when the restaurants that replace them are probably not as good, as I discovered when dining at Soprano, an Italian restaurant run by the same owners of Donna Carmela at Greenwood Avenue, and which has taken over the premises of The Cicada at Portsdown Road. 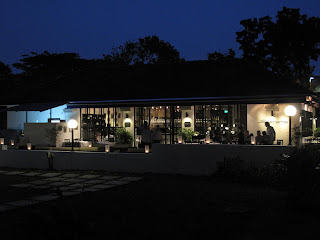 Soprano actually has a lot going for it: it looks beautiful at night amidst the dense darkness of Portsdown, and the owners keep the business all in the family, so they're affable and will make you feel right at home. 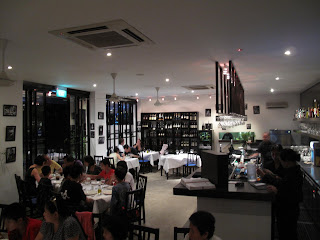 That explains why the place was pretty packed on a Sunday evening, which contributed to the somewhat pervasive warmth within the restaurant. I suspect that none of the numerous air-conditioning units was actually switched on, resulting in some very still air.

Soprano is let down the most by its food, however. It's true that they claim to offer rustic, homely Italian food, but standards are standards. 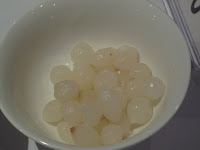 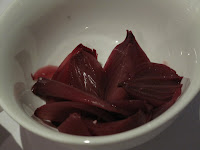 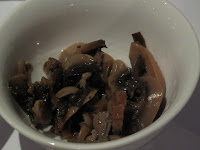 I was intrigued by the various nibbles brought out together with the bread: pickled pearl and red onions, as well as mushrooms, served as old fashioned amuse-bouches to whet the appetite before dinner. 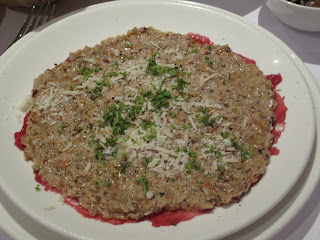 Dinner, however, was not particularly satisfying. Soprano offers a number of variations on bresaola, and I had the one that came with mushrooms, which turned out to be a pate-like mushroom paste that smothered the raw beef. In terms of presentation, this was not the most attractive of dishes, and in terms of taste, it was not particularly spectacular either. 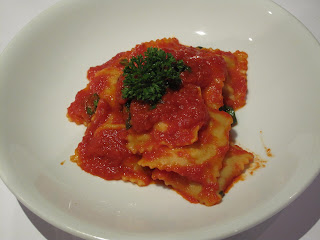 Soprano has an amazing array of pastas, from the traditional spaghettis to the exotic, ear-shaped orecchiettes. Sauces are not always changed correspondingly, however, though as you'd expect, not all pastas are paired with the same sauces. The crab ravioli comes with a chunky tomato sauce, though a sweeter, cream-based tomato sauce may have been more luscious. 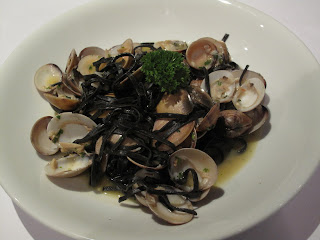 My squid ink linguine vongole was a great disappointment. First, the pasta was not fresh, which is deadly when it comes to squid ink - the noodles simply tasted stringy and bouncy (rather like a bowl of Chinese noodles). Second, I suspect the clams came from a can, or else the restaurant has a very poor supplier: there was almost no meat to be had from any of the shellfish, as the picture very clearly reveals. Sad little flecks of clam-flesh were all that could be teased out of the shells. Finally, when I requested for chilli to be omitted, I was informed that the chillis they used were not spicey, so imagine my chagrin when peeking up at me from under a clam were sliced chilli padis, which most certainly are spicey (50,000 to 100,000 on the Scoville scale).

Soprano is so new that they haven't had time to change Cicada's website, so a Google search for "Cicada Restaurant Singapore" still returns "http://www.thecicada.com.sg". Hopefully by the time they get around to updating the website they'll also have looked into improving the food.