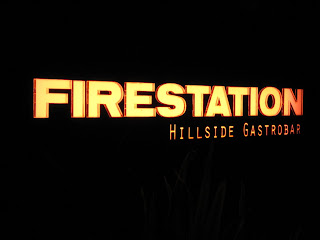 One of the most sought-after dining spots is, as Hungry Go Where terms it, the "hidden treasure". This is the restaurant that is slightly off the beaten track, either literally or metaphorically, far enough from the madding crowd that the jaded and cynical diner feels a long-forgotten stirring in the pit of his stomach: the feeling of excitement at trying a new eatery that multiple visits to endless franchises no longer evokes. 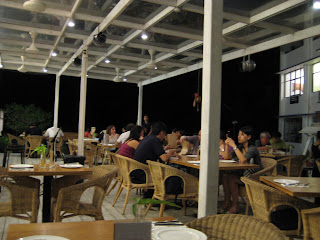 Tucked away in Upper Bukit Timah Road, where the eponymous old firestation used to be, the Firestation Hillside Gastrobar (FHG) is just next door to Raw Kitchen Bar. Unlike Raw, FHG occupies a larger floorspace, which allows them to offer diners the choice of an air-conditioned indoor area, or al fresco dining. Despite the restaurant being quite full on a Friday evening, sitting outdoors was surprisingly pleasant; numerous fans keep the air circulating, and my secondary school Geography lessons seem to recall that hills enjoy naturally breezy environs.

FHG, as the name suggests, is both a restaurant and a bar, which is great if you're looking for a relaxed evening of tipples and casual dining. The cocktails here are not spectacular, but FHG boasts an extended happy hour (5pm to 9pm on their website, but I remember happy hour starting again from 10pm to midnight; call to inquire), and on Fridays, live music by a soulful Anne Weerapass. In short, fabulous ambience.

Service is also warm and friendly, occasionally a little over-enthusiastic, but I'd rather keenness than disinterest, so there's really nothing to complain about on this front.

In terms of food, FHG does not pretend to offer haute cuisine, but sticks to familiar, homely starters like squid rings and chicken wings; as well as more robust mains of pizzas and pastas. Prices are reasonable; it's possible to order food to share without breaking the bank. 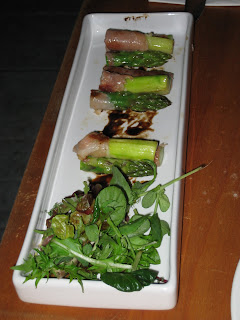 An initial appetiser of asparagus wrapped with parma ham was simple and unpretentious, but I would have preferred the parma ham to have been uncooked and more thinly sliced. 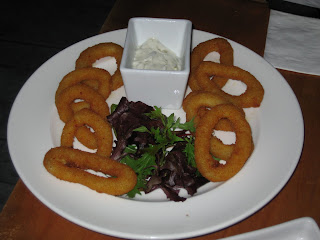 The fried squid rings were, unfortunately, more disappointing, as the squid rings were limp and unexciting, while the thick, heavy batter tasted too floury and could be pulled completely off, rather as one skins a squid, ironically enough. 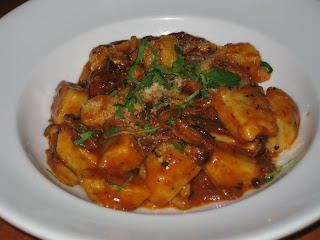 I feel like gnocchi is a very misunderstood pasta dish in this country. Made well, it can be sublime, but more often than not people avoid it like the plague, claiming that it is sticky or rubbery. FHG's version is indeed rather large, with gnocchi the size of lego blocks, but is stocked with duck confit, mushrooms and truffle oil. Excellent combination for those with hearty appetites. 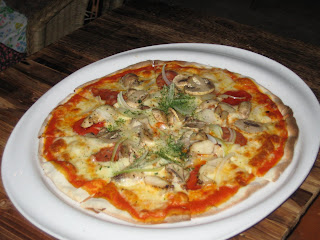 Perhaps someone will claim pizzas are misunderstood, but I did not quite enjoy this offering. Called the "Big Five", it features chorizo, chicken, salami and mushrooms, but overall lacked character.

FHG is definitely a charming spot tucked away from the clamour of suburbia, which can make it somewhat aggravating to reach on the first try (ignore the two U-turn signs (only 50m apart(!)) opposite the firestation). Relaxed, laid-back, and soothing, FHG is a lovely way to end a weekday with some quiet conversation and honest food at affordable prices.