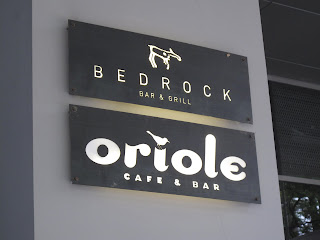 I'd heard a bit about Oriole and Bedrock Bar and Grill, the new cafe and restaurant opened by the people who started Whitebait and Kale, but it's taken me a while to find an opportunity to try either. Intrigued by the reviews of the hot chocolate at Oriole, I decided to go give it a try.

The two are opposite each other, which I would have thought is a form of cannibalism, but on the bright side, at least there are two more places to have a decent meal in town, which I've long complained suffers from a dearth of venues for a meal. 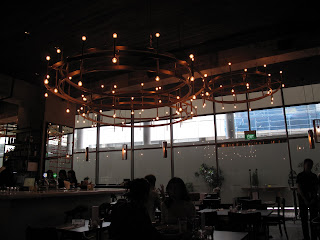 I rather like the decor in Oriole; the light fixtures in particular are very striking, resembling giant spindly wooden spiders. Generous glass panels allow in a fair amount of natural light, while upholstered booths line the walls, making it a pleasant enough place to while away the afternoon. 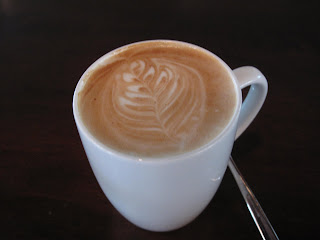 Unfortunately, Oriole's drinks do not really live up to their reputation. The latte, hot vanilla, and hot chocolate were all reported to be rather too sweet, resulting in forlorn half-drunk cups being left behind on the table. 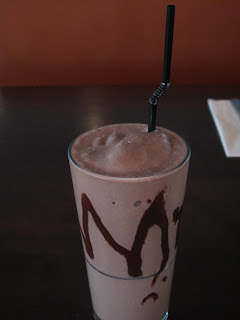 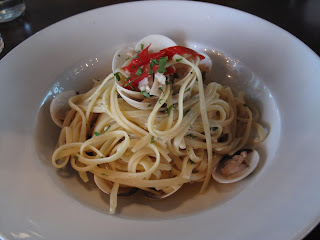 Being boring, I ordered a plate of linguine vongole, which was acceptable, though with some minor cavils: the aroma of the white wine was almost completely dissipated, and a heavy hand with the minced garlic resulted in a fair bit of heat emanating off the dish. 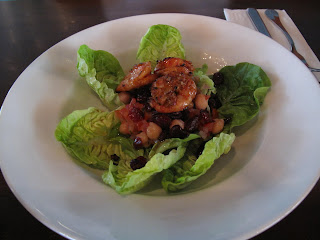 A salad of harissa prawns and chickpeas was not, however, that well-received, as the prawns were tough and harsh, instead of being plumply firm and sea-fresh. 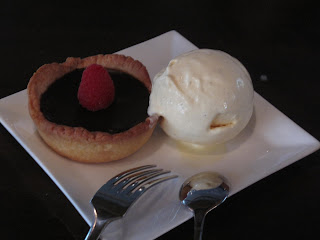 Desserts at Oriole are surprisingly disappointing, with offerings like chocolate brownies and bread and butter puddings, though happily their specials are a bit more attractive. The chocolate tart with vanilla bean ice cream was comfortingly rustic, without unnecessary accoutrements like icing sugar or superfluous flower petals.

All in all, Oriole is still finding its wings, trying to live up to its songbird potential. A good, affordable cafe close enough to the centre of the Orchard shopping district to be a welcome distraction from the hordes, Oriole is worth keeping in mind, if only because TCC and Coffee Bean become monotonous after a while.