Apologies for the long wait! I've been in and out of the country, trying to work on some projects, though I've been meaning to write about my Beijing experience for awhile.

This post is sadly not about the two restaurants that I enjoyed the most in Beijing because as usual, I didn't bring my camera. (I am amazed at bloggers who can blog about 80% of the food they eat, I think I average about 25%...yes, that makes me seem like a heifer).

The two places that you must try in Beijing are Pure Lotus for vegetarian food, in a creative and beautiful setting and Da Dong Roast Duck Restaurant which is where all the locals go for their roast duck fix. The meal I had there was truly inspiring, not just because of the roast duck but also because of the beautiful tofu dishes, fish and vegetables dishes, all gorgeously presented in a way that made me hunger to get back to the kitchen and cook! 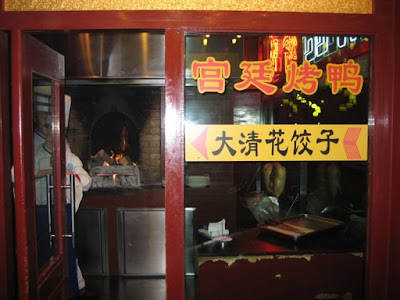 On one of my nights off, my generous friend offered to take me to eat at some alternative places to the usual tourist fare. 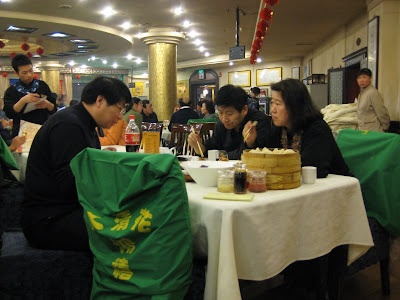 The meal that I did manage to take photos of was dumplings at Da Qing Hua. This is a large, local restaurant, where their specialty is dumplings but they have many other kinds of regular dishes. 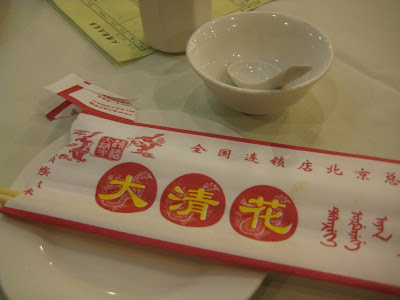 It took us awhile to find this place but the seating area was large and full of regular families enjoying a meal together, on a weekday night. 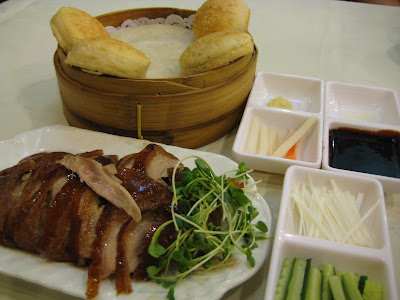 Although the duck was not as fine as in Da Dong Roast Duck restaurant, I actually enjoyed it a lot because it was more fatty. They served it with the pancakes and also with man tou, or steamed buns. 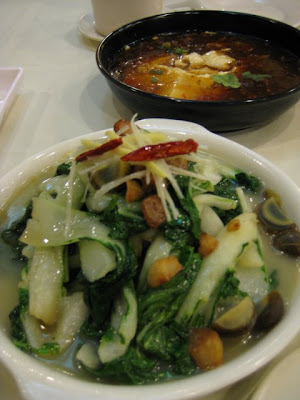 We didn't reliaze that our meal came with a bunch of free items, so we ordered vegetables and tofu as well as our dumplings. 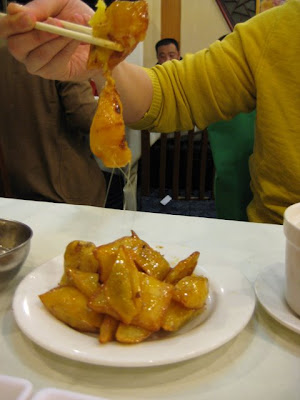 This was the most unusual dish, it was actually a complimentary dish and I believe it was sweet potato, fried and then basted in a thick sticky sweet syrup that stuck together as we tried to lift it. When warm, it was actually quite nice though we wouldn't have been able to eat much of it and in this instance because of our over zealous ordering, we hardly touched it at all. 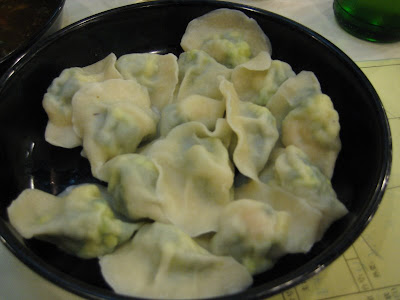 This is the first of the two types of dumplings, these are boiled dumplings. You can also have your dumplings steamed. We ordered vegetarian boiled dumplings and they were not bad, though the skins were not as thin as I'd have liked (but I think that's the Beijing way of making dumplings). 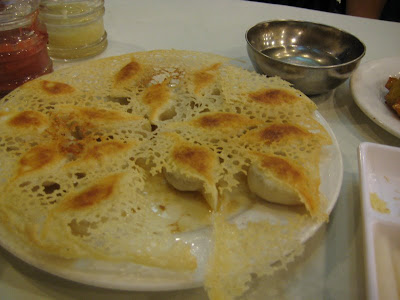 These were the fried dumplings, with a cute little fricasee of doily dough on the top of the dumplings. I bet this is because they cook a batch of potstickers together and throw a bowl of batter over the whole which then forms this pattern on the bottom of the pot, but that's just my hypothesis. It certainly adds to the flavour and texture of the dumplngs. I liked this one better than the boiled dumplings. 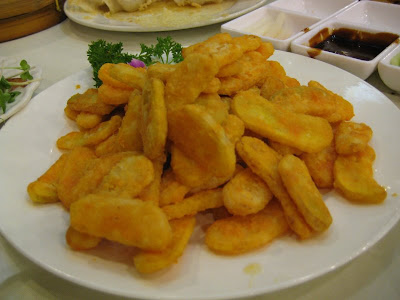 This was also sweet potato but cooked in egg yolk, very savoury and good! The menu had a lot of unique options but both because we concentrated on the dishes that we recognized and because there were only two of us, we didn't get to try a lot of the more local and regional specialties. 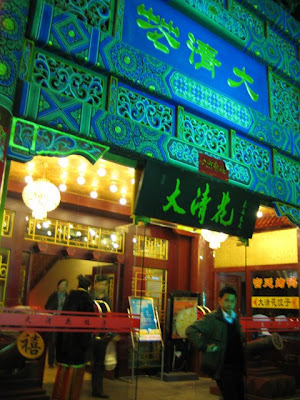 This is a photo I snapped as we were leaving. After our meal, we stumbled back toward the first ring road of the city and went for a massage, after which we decided to hit up a bar. Or rather, a bar restaurant for some dessert and coffee, since we were too old for bars and clubs! 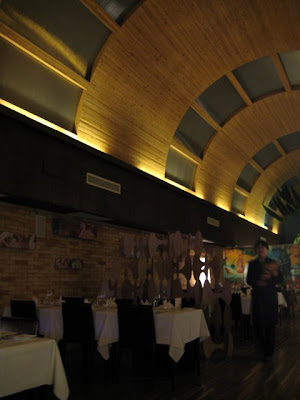 I'd read about this Spanish bar-restaurant in a Luxe guide and had wanted to come, it looks gorgeous in the photos and during the day but the lighting at night wasn't particularly good. 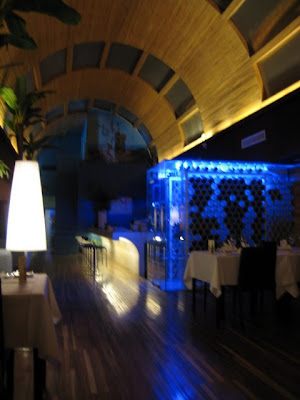 As you can see, the architecture is still quite dramatic, given the high curved ceilings and imaginative bar set-up. The restuarant is tucked away in the snack street of Wangfujing. 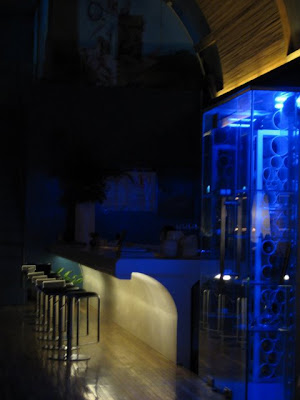 It's called Garden of Delights and it's an unexpected venue and dinner location. The night we went wasn't the weekend, so the place was rather deserted. In general, Beijing has so many lovely bars and lounges, there's a multitude of watering holes that you could go to every night if you wish. Now the city just has to get it's air clean!