Apologies for the long wait! I've been travelling like the ten thousand maniacs, all the better to bring you some interesting travel posts!

One of my favourite cities in the world, I think, just to kick back and breathe in some sulphur exhaust. Even though I can never stay more than 5 days without getting a little tired of the sawadeeKAAAAAs. 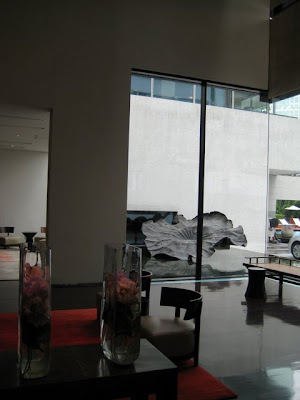 I just attended a retreat in Bangkok. I had neither the space nor the strength to take pictures of everything, so this will be more like a travelogue of where to go, where to eat and what to do if you're in the City of Smiles. Where possible, I'll include the links or pictures for the places I mention. We arrived at noon and checked into the illumnating and beautiful Metropolitan Hotel, not exactly a creative nor the more convenient choice but always an oasis of calm with its dark indian rosewood floors, spacious sandstone bathrooms and huge glass vases anchored with water hyacinth and ginger flowers. 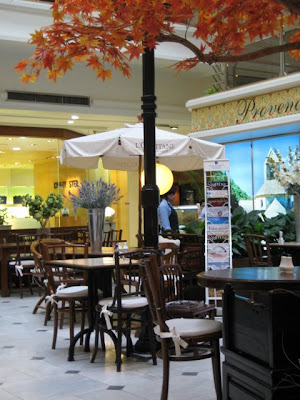 We dispersed to the tailors and to the Peninsular Plaza for a shot of their thick beef noodles, spring rolls and thai ice tea. Peninsula Plaza is on Ratchadamri Road between the Grand Hyatt Erawan and the Regent Bangkok, ignore the websites that tell you it's the Thai version of Harrods, I can't think of anything I'd want to buy there except browse through the mega Asia Books store upstairs and head straight to the atrium coffee shop. 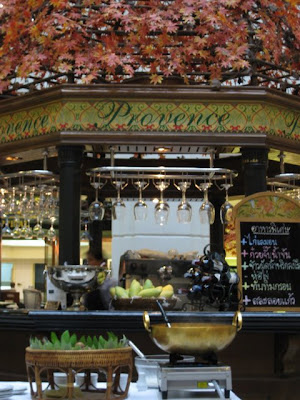 I think what make these noodles a winner is the thick and tasty beef soup, full of the beef grime. I know that hardly makes it sound appetizing but it's extremely nuanced and filling. 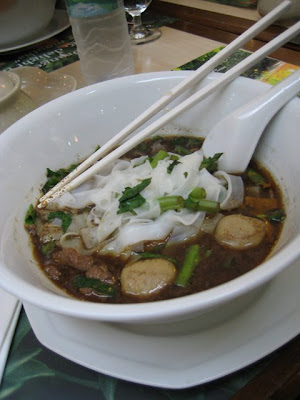 Their mango sticky rice is not the best I've had (that honour would have gone to the private chef dinner we had at the villa in Phuket) but it is pretty decent. 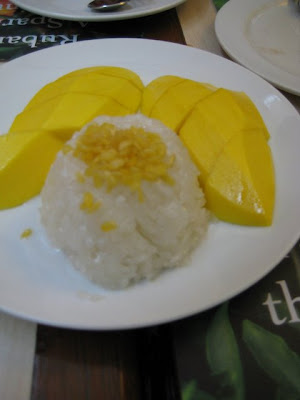 After we were fortified with beef and the essential milk tea vitamins, we headed to the tailors. For an excellent men's tailor, head to Ricky's Fashion World (yes, I know it sounds despotic and degrading, he needs a better marketing image) at Sukhumvit and Soi 3, opposite the Landmark Hotel. I've tried at least a dozen tailors in Bangkok and this is the only one who can get a shirt perfectly right, without a single fitting. His range of cloth is both broad and varied- he has cloth in the same texture in a multitude of colours, which is always helpful for choice. Call +66 225 46887, I was so impressed, his number is programmed into my phone. You should pay about 1000 baht ($43 SGD) for shirts and 1500 baht ($65 SGD) for wool pants and there's little bargaining involved.

For an excellent and expensive women's tailor, head to Silky Tailor at New Road, off the Sephan Taksin BTS station and near the Shangri-La. Look for Mon and bring magazine pictures of your favourite outfits and prefably your own fabric if you have something very specific in mind. She's copied Prada blouses, cheongsums and silk dresses to perfection but its more a treat because it doesn't come cheap! Call +66 2630 6774.

After a series of meetings, we went to the Vertigo bar next door, at the rooftop of the Banyan Tree hotel to buy ourselves some refreshment. I'd never been there before and was pleasantly surprised by the breeze and the wide layout. The next day, we completed the rooftop bar tour with Distil at the State Tower, which, with its golden cascading steps, soaring Dome and glass blue bar and pitched perspex jazz stage, never really gets old. 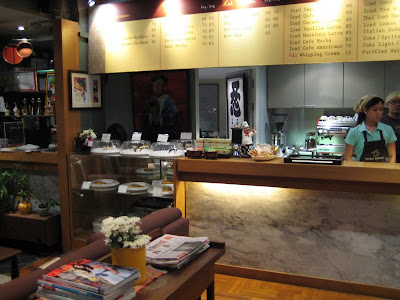 We went to dinner at a quaint place called Bitter Brown, which is really more a coffee joint. 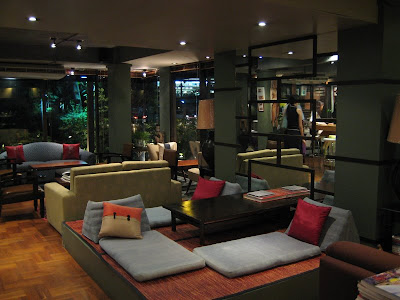 They fed us a warm Italian meal but the one thing I remember is their awesome Thai Milk Tea, which I'd entirely go back for. This was one of the best Thai Milk Teas I've had and trust me, I've the flab to prove I've tried a lot. 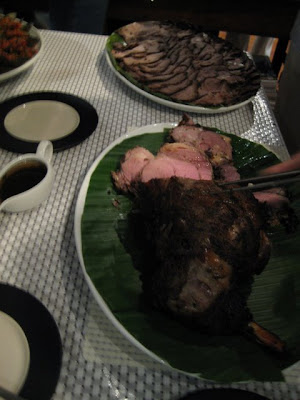 This despite having to walk through Soi Cowboy to get to the place, which is in Asoke Court, on Asoke (or Sukhumvit 21), less than a five minute walk from either Sukhumvit MRT or Asoke BTS. 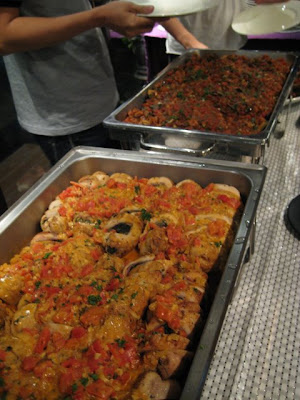 If you have time in Bangkok, the one thing to do at night, which I've been floored by, is to go and watch the Siam Niramit cultural show. The only reason I stumbled upon this was because I have friends living in Bangkok and they were eager to experience it (and thrilled to have a visiting tourist reason to do so). It's a mega cultural show that takes place in the otherwise rather forlorn Cultural Center, which has a massive theatre seating.

Upon getting there, you might imagine that you've been had because there are a lot of cultural dancers, elephants and white tourists. But this is the most fascinating and underrated show I've seen in years, the stage is immense and several stories tall, able to house a floating river, huge props of Chinese junks and forests scenary, hundreds of dancers in elabourate costume, trapeze artists and all manner of animals. The show is about Siamese history and heritage and everyone I have been with has their jaw drop open at some stage in the show and exits as excited as a child. If you can make time for this, you definitely won't be disappointed!
Posted by Weylin at 2:52 PM